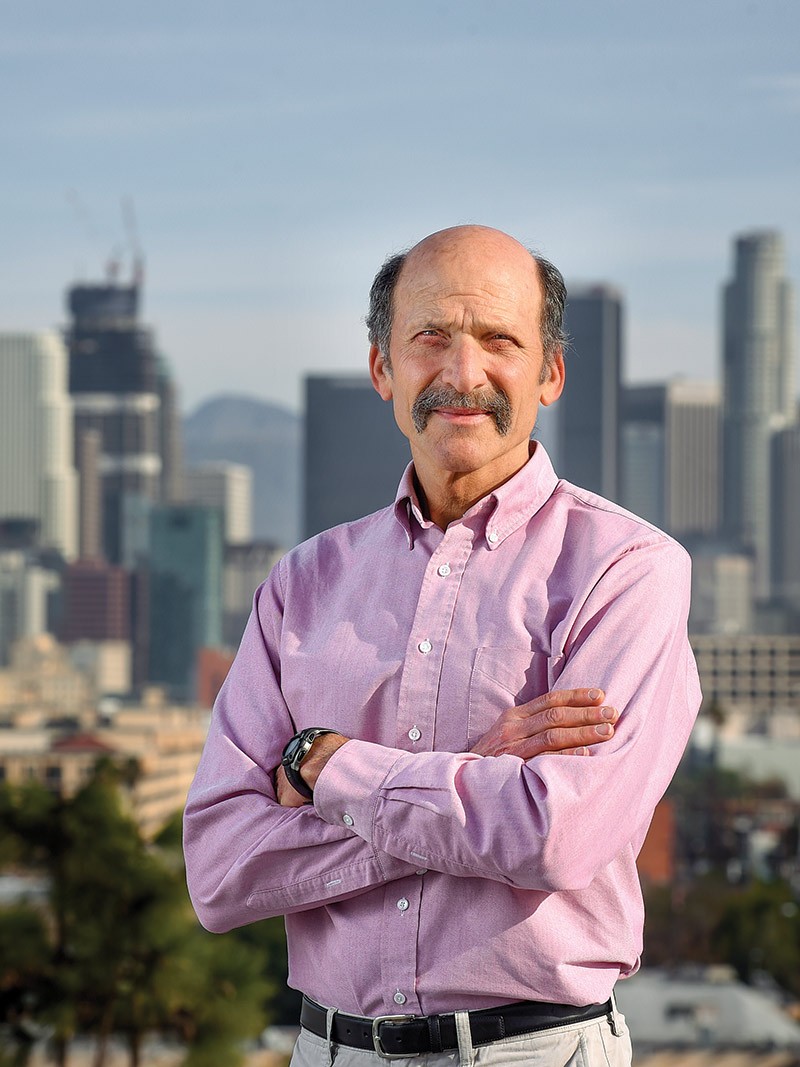 Ed Avol didn’t start out trying to change Los Angeles. After he earned his master’s degree from Caltech in 1974, the engineer used his chemistry and physics background to measure air pollution. Fairly quickly, though, he became interested in the health aspects of the air we breathe. As a Keck School of Medicine of USC professor, Avol has been instrumental in USC’s influential studies on the relationship between air quality and children’s lung health. Despite his knowledge about smog, Avol has also been an avid runner and running coach in LA for decades. USC Trojan Family Magazine writer Katharine Gammon recently caught up with him to talk about his personal experiences in environmental health research.

How has your research influenced your running? Do you think about the air when you run in Los Angeles?

I think my research helps to motivate my running. Physical exercise is important and a good thing, and very few of us get enough. The message I want to get out there is: Get out and take a walk, run or bike—but be smart when and where you do it. Don’t do it in the middle of the day, because heat can push ozone levels to their highest and also puts additional stress on the body, and don’t do it next to a busy freeway during rush hour. I’ve been a runner most of my life, but I have to think about when and where and how to run.

You’ve worked on air quality issues around the globe in addition to Los Angeles. What are other countries doing about the problem?

In almost any big city around the world, be it Beijing or New Delhi or even Paris, there can be severe air pollution episodes. In Beijing, there has been a move to put filtration systems inside buildings and homes. Several schools have created field house designs for sports fields, rather than having them open-air.

Are you optimistic about LA’s air quality challenges?

Guardedly optimistic, yes. If you take into account the financial gains of cleaner air that come from not losing work days or school days, the money spent to improve air quality is well-invested. I think we’re going to have to be vigilant and work hard to clean up all the sources we have, to improve the roadways, to have better urban planning so we don’t have to drive everywhere. LA wasn’t built to jump on your bike, but built around the car.

What do people need to know about exercise and air quality?

In the context of exercise, people have gotten the idea that it’s bad to exercise because it’s polluted outside. Exercise is important and avoiding pollution is important, and you can find ways to do both at the same time. Also, collectively we truly do have power to improve our communities, societies and neighborhoods. We can’t assume that someone else will take care of it for us and make better choices. We don’t know everything, but we should be more engaged than we are.

An Air Pollution Expert's Take on Exercise, Smog and Health