As USC has risen academically, it has also been on a mission to ensure access and opportunity to outstanding students of all backgrounds.

Of those,
3,068
students became Trojans

“We have no majority state and no majority race in the freshman class,” says Katharine Harrington, USC’s vice president of admissions and planning. USC has become a first-choice school for exceptional, diverse students from around the world and nearly every state. “Twenty-two percent of our undergraduate student body comes from underrepresented minorities, and this year, 13 percent of our freshmen are the first in their family to attend college,” she adds.

Dean of Admission Timothy Brunold says people are always surprised when he tells them that 24 percent of USC undergraduates are eligible for Pell Grants—far more than almost every other private, highly selective university. Federal Pell grants go to students with a family income of less than $50,000. Across the financial spectrum, USC aims to make high-quality education possible and affordable for deserving students through an ever-increasing commitment of private scholarships and grants, which decrease the cost of college for students.

At the same time, the value of a USC education has never been stronger. As millennials across America worry about soaring college debt and anemic entry-level job markets for grads, USC’s outcomes defy the norm. “Look at our loan default rate,” Harrington says. “It’s 1.2 percent. The national average for private schools is 8 percent. People come here, they graduate, and they’re successful when they leave.”

As most undergraduate hopefuls put the finishing touches on their applications in December and early January, the admissions team is already gearing up for next year—and the one after that. “Now we’re competing [for top students] with institutions that are twice our age,” Brunold says. “That spirit of competition—being aggressive about the work of recruiting fantastic, highly diverse students—has informed our strategies.”

A glance at the students who were accepted last spring:

USC HAD ITS LOWEST UNDERGRADUATE ACCEPTANCE RATE
(percentage of applicants who were admitted) in 2016. 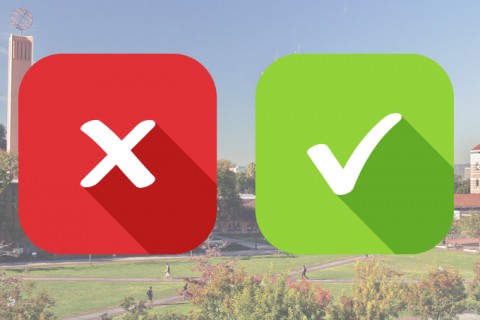 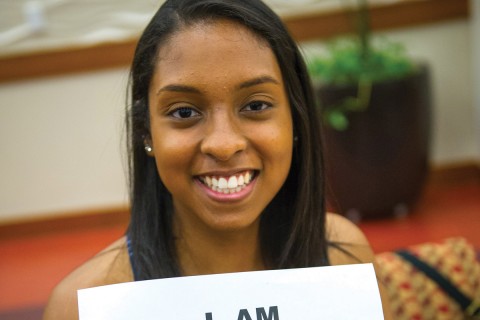 7 Resources for First-Generation Students at USC 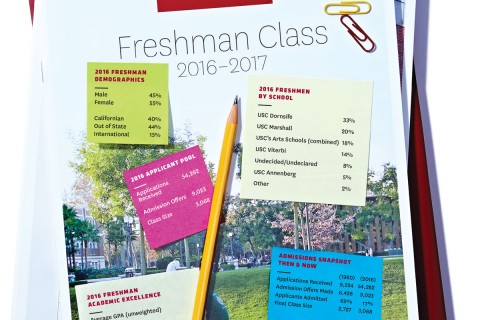