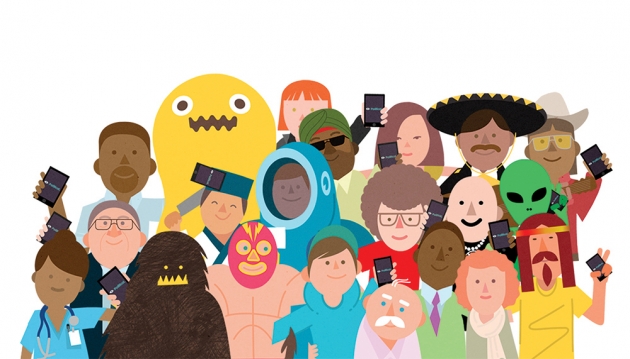 It was a call in autumn 2008 from the Los Angeles Times that gave Nate Kaplan MPP ’11 pause. Kaplan was the communication director for then-Los Angeles Councilmember Bill Rosendahl, and the newspaper wanted to know: How would Rosendahl be voting on the November ballot?

“I’m hammering through the boring, gray voter guide we’ve all come to know and resent, and I’m thinking this is pretty difficult—and I have a background in policy,” Kaplan remembers.

A follow-up conversation with Rosendahl put things in perspective. It was the year of Proposition 8, the proposed ban on same-sex marriage—and Rosendahl is openly gay, so the issue was particularly important to him, Kaplan says. “He was convinced he had to vote yes. We kept assuring him, ‘You’ve got to vote no if you support same-sex marriage.’”

The experience clicked for Kaplan. “I thought, there has to be a better way to communicate this information,” he says. “Text-heavy voter guides don’t cut it.” Kaplan came up with an idea to create short, nonpartisan video clips that could clearly explain ballot measures.

Kaplan headed to USC Price School of Public Policy to earn his Master in Public Policy degree while still working with the LA City Council and on his video project. Despite having no background in video production, directing or screenwriting, he made a trial-run series of black-and-white, low-budget videos. It evolved into what’s now SeePolitical.com.

In 2012, an invitation to speak at Otis College of Art and Design proved integral for the fledgling site.

Chip Houghton, co-owner of the Emmy Award-winning animation studio Imaginary Forces, approached Kaplan at the event about partnering on the project. “They’ve been a godsend,” Kaplan says of Imaginary Forces. “They’re incredibly talented at telling a story in 30 seconds to two minutes.” Two minutes was key for SeePolitical—it’s the magic number affixed to voters’ attention spans.

SeePolitical had its soft launch before last June’s election and then refocused on November’s vote. Undergrads from USC Dornsife’s Jesse M. Unruh Institute of Politics perform the ballot research. Says Kaplan: “We really benefited from their youthful energy and suggestions of how to communicate information.” Dan Schnur, director of the Unruh Institute, also serves on SeePolitical’s board of directors.

For Kaplan, SeePolitical’s agenda is simple: clarity. Kaplan envisions the site as a “platform for all things election and politics, and to empower voters with knowledge, helping them make decisions for themselves.”

Several powerhouses have joined SeePolitical’s cause, including the League of Women Voters, Yelp and Time Warner Cable. Talks are in progress with Univision and Telemundo to potentially offer SeePolitical videos for Spanish-speaking voters. “We want to expand to other states, and drill down to local city and county issues as well,” Kaplan says.

As SeePolitical gains momentum, Kaplan is asked the inevitable question: Would he consider running for office? After all, the Massachusetts native became the youngest candidate in his district’s history to win a primary when he ran for the Massachusetts House of Representatives in 2006. His response is that of a true politician: “I’ll always keep that option on the table, but my dream is for SeePolitical to become a national success and to serve as its executive director for a very long time.”

Artist noé olivas is the co-founder of the Crenshaw Dairy Mart art collective and gallery. (Photo/Damon Casarez) Somebody's Watching Me

Artist noé olivas is the co-founder of the Crenshaw Dairy Mart art collective and gallery. (Photo/Damon Casarez) Got Art?