As USC’s fall semester started in August, Corii Berg ’89 and his wife, Cari Meisinger Berg ’89, returned to the USC University Park Campus to see off their oldest son, who was moving in as a freshman. The Bergs couldn’t help but feel nostalgic—after all, USC was where they met and fell in love 30 years ago.

“Technically, we met in a journalism class,” Cari Berg remembers. But their relationship was forged on deadline at the Daily Trojan.

On a “Shop Night” — when staff members stay late to ensure that the next day’s issue gets published — Corii Berg made his move. “At the prodding of one of my editors, I asked Cari out,” he remembers. The response was an emphatic yes.

They hit a fraternity party with some friends. The theme screamed 80s: MTV Rocks. He donned shades à la Corey Hart’s “Sunglasses At Night,” while she tried to channel Bananarama by dressing in black and carrying—what else—a banana.

What happened next is where recollections diverge. “I made a move on the dance floor, though I’m not sure how good a move it was, because Cari still denies it happened,” Corii Berg says with a laugh. “I kissed her during Erasure’s ‘Oh L’amour.’”

A lot has changed since that synthpop hit climbed the dance charts. Cari Berg, a communications major, founded Cari Berg Interior Design. Corii Berg, a political science and broadcast journalism major, is now a senior executive vice president of business affairs at Sony Pictures Television and serves on the USC Alumni Association Board of Governors. The family has grown to include sons Eben, 18, and Aric, 12, and daughter Elli, 14.

One part of life that’s remained constant throughout is USC. “Our kids are very USC-centric,” Cari Berg says. “I mean, Aric had a USC room growing up. Eben was at his first USC football game when he was eight weeks old.”

To celebrate their 20th anniversary a few years ago, the couple started the evening with chips and salsa at El Cholo on Western Avenue—the location of their first “official” one-on-one date (“I really spoiled her,” Corii Berg jokes). They still drop by from time to time for the fond memories.

USC became a prominent backdrop in the lead-up to the couple’s engagement: They were “pinned” senior year on the lawn of Cari Berg’s sorority. She recalls they hit the 32nd Street Saloon, too. “We threw our first party together at the ‘3-2’ in University Village with $300 our parents gave us.” The engagement photos for their 1991 nuptials were taken on campus, of course.

Do you have a Trojan love story?

Though the University Park Campus has transformed since their undergrad days, the Bergs have stayed in step with it: In 2015, they supported the new Wallis Annenberg Hall by funding the Berg Family Alcove, a second-floor open collaboration space. In a way, supporting the growth and future of the university comes full circle for the Bergs as their oldest son starts life on campus. At the opening of Wallis Annenberg Hall, Cari Berg put the family’s support simply: 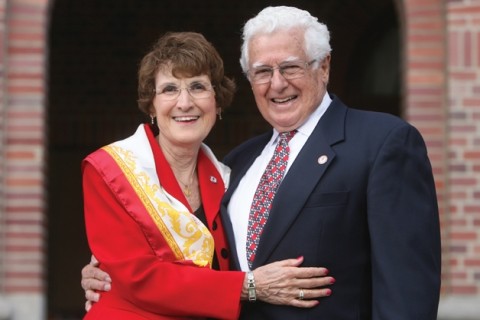 Half Century Trojans Jim and Mary Manos share their love for all things USC. 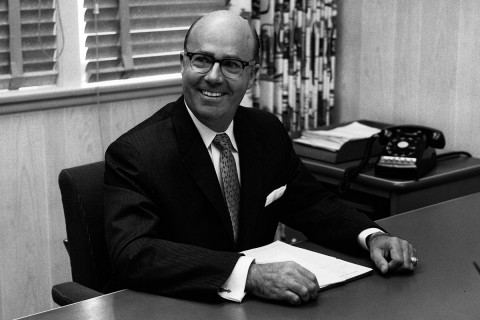