One Step at a Time

With the help of a USC occupational therapy alumna, a woman moves on with her life after double amputation. 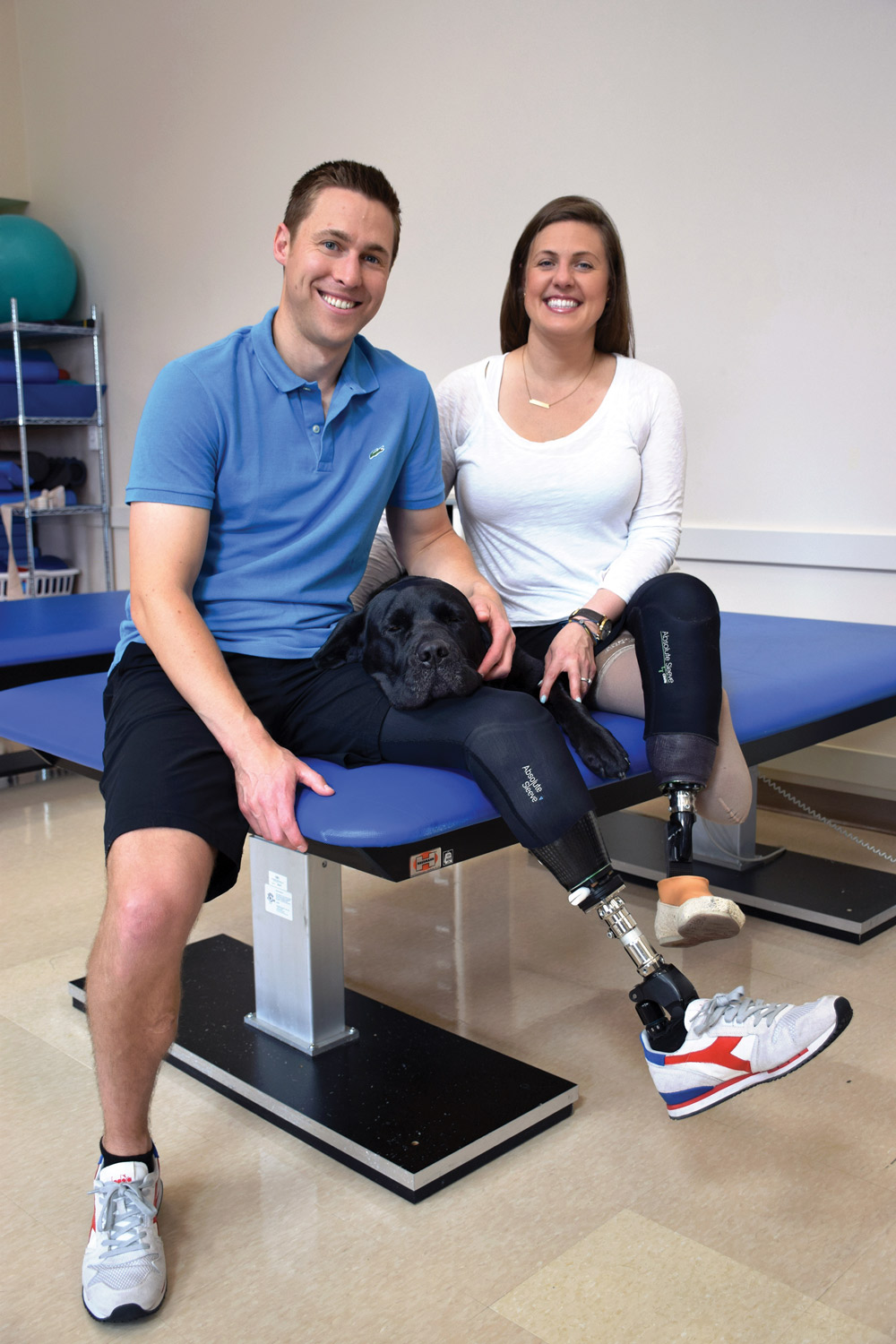 How do you decide to amputate your leg? That was the impossible question Jessica Kensky faced two years ago at Christmas.

Kensky and her husband, Patrick Downes, lost their left legs below the knee in the 2013 Boston Marathon bombing. The blast, one of two successive detonations at the race’s finish line, also tore off the heel pad and Achilles tendon on Kensky’s right leg.

“My leg was so badly damaged and I was in so much pain, I felt like it was gone in a lot of ways—at least the healthy leg I knew,” says Kensky, a registered nurse who was an avid runner.

In 2014, Kensky and Downes were given special status to become patients at Walter Reed National Military Medical Center, a facility that features the latest technology and specialists who treat military blast amputees.

“Jess wanted to return to the life she had before,” says Annemarie Orr ’07, MA ’09, OTD ’15, Kensky’s occupational therapist at Walter Reed Bethesda and a graduate of the USC Chan Division of Occupational Science and Occupational Therapy. “She would say, ‘I’m living my life in 20-minute increments.’ She could only tolerate standing for that long.” Even after several surgeries to salvage her leg, Kensky still suffered from debilitating pain.

When Kensky and Downes left Walter Reed for the winter holidays, Orr gave Kensky a binder to track her pain level and day-to-day tasks. “What she did was so personalized. She knew I was a nurse, and I wanted scientific evidence that said I should not keep my leg,” Kensky says. “After charting for a couple of days, I stared at the binder. In my gut, I knew I couldn’t live with this leg.”

Her first amputation happened without warning or consent. But now Kensky struggled to say goodbye to her remaining leg.

Annemarie never said, ‘I don’t know’ or ‘You can’t do that.’ It’s always, show me the mountain, and I’ll tell you how we’re going to climb it.

Orr remembered a former patient with a double amputation whose grandmother had porcelain plates of his childhood footprints hanging on her wall. “For him it was difficult but really neat to go back to his grandmother’s house and see that she still had his footprints, because that was all he had left of both of his feet,” she says.

She designed an activity in which Downes and Kensky—along with their service dog, Rescue—painted their right feet and stamped their footprints on a page. “That’s not a therapeutic exercise for everyone, but for me, it really was,” Kensky says.

Last year, Downes returned to Boston and became the first Boston bombing amputee to complete the marathon on foot. But Kensky has undergone another 10 surgeries since the voluntary amputation and is still recovering, with Orr’s help. “I wouldn’t know how to get through all these stages without Annemarie at my side,” Kensky says.

She remembers one day when her physical therapist and Orr took her on a surprise shopping trip. “I was depressed, and going to a store was overwhelming because people would stare at me,” she says. “I didn’t know what to wear now that I had these two giant prosthetics.” With their help, Kensky learned how to dress her prosthetics and put on a pair of jeans.

More than keeping up with the latest fashion, Kensky learned to feel like herself again. “Annemarie never said, ‘I don’t know’ or ‘You can’t do that.’ It’s always, show me the mountain, and I’ll tell you how we’re going to climb it.” 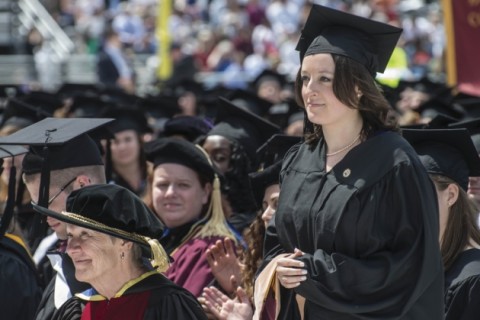 A USC alumna shares her story from the Boston Marathon bombing, in her own words. 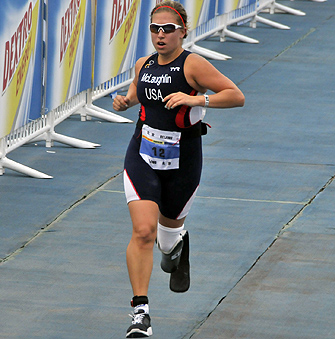 Let’s Talk About Cancer. This is a recent post title from 25-year-old Danielle McLaughlin’s blog, Cancer Ate My Foot.