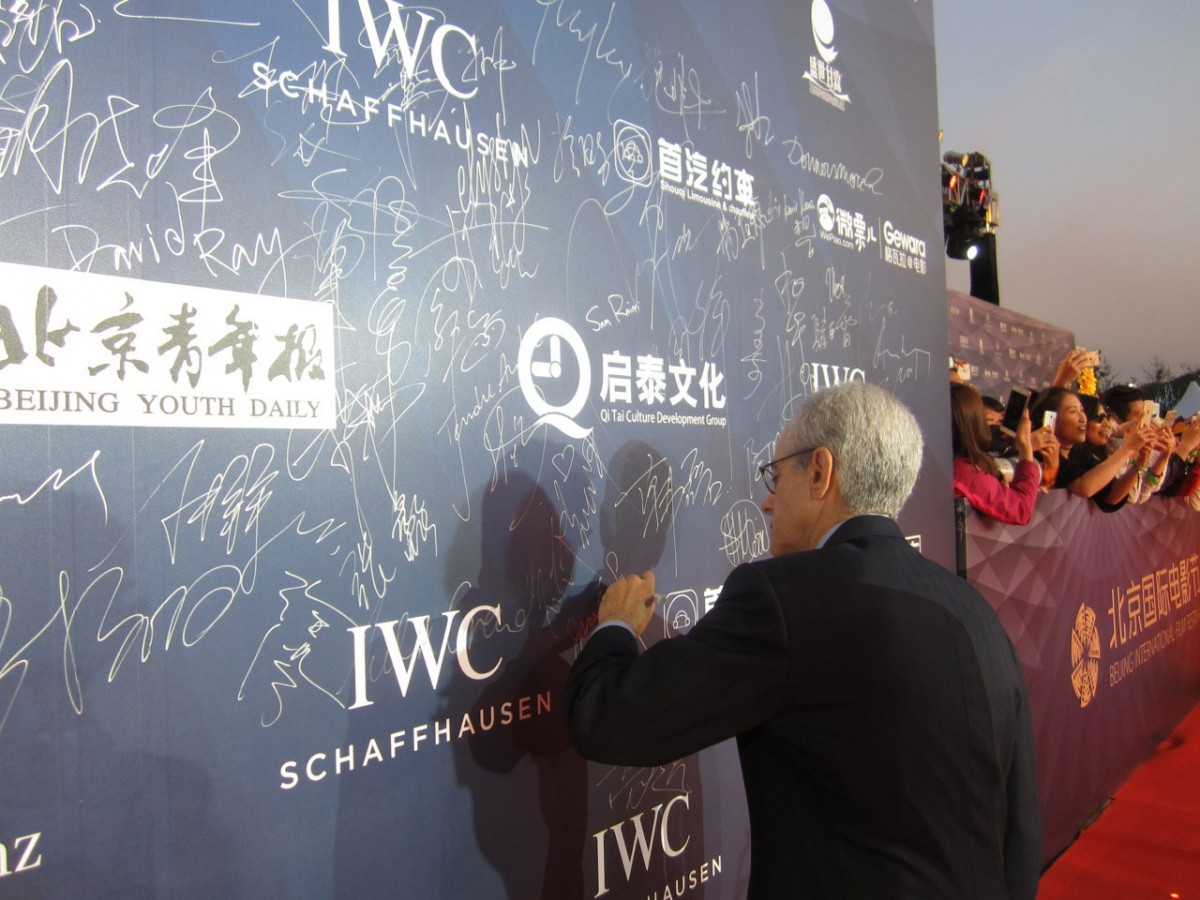 Associate Professor of Practice Jason E. Squire just returned from China, where he presented at the Beijing International Film Festival. His keynote was part of a segment titled “The Charm of Comedy Films” at the Summit on the Beauty of Film.

The summit was hosted by the State Administration of Press, Publication, Radio, Film and Television of the People’s Republic of China and also by the People’s Government of Beijing Municipality. The China Film Association and the China National Film Museum served as summit organizers.

Before the keynotes, Squire participated in a handprint ceremony with three other presenters, including Bak-Ming Wong, founder of Pegasis Motion Pictures Ltd., and Finola Dwyer, producer of the acclaimed period piece Brooklyn.

As a guest of the festival, Squire was given a private tour of the museum, participated in the festival’s closing ceremonies and signed the Beijing Film Academy’s Wall of Honor.

It was Squire’s ninth academic invitation to Asia and his eighth to China.

A USC School of Cinematic Arts student and his parents share their experience as he transitions to taking online classes from the family living room.

Five questions on how coronavirus will impact the global supply chain

Nick Vyas, executive director of the Center for Global Supply Chain Management at USC Marshall, answers key questions on how coronavirus might affect the global economy.