Mark Burnett, an Emmy Award–winning producer (Survivor, The Voice) and president of MGM Television and Digital Group, has established an endowed chair at the USC School of Cinematic Arts.

“These are landmark moments in the history of a school. There is nothing that honors faculty more than an endowed chair,” said SCA Dean Elizabeth M. Daley. “Mark Burnett’s generosity is truly transformative to the School of Cinematic Arts and, combined with the leadership of David Weitzner, the Summer Program will continue to have a critical role in shaping the young women and men who will go on to take leadership positions in the entertainment industry.” 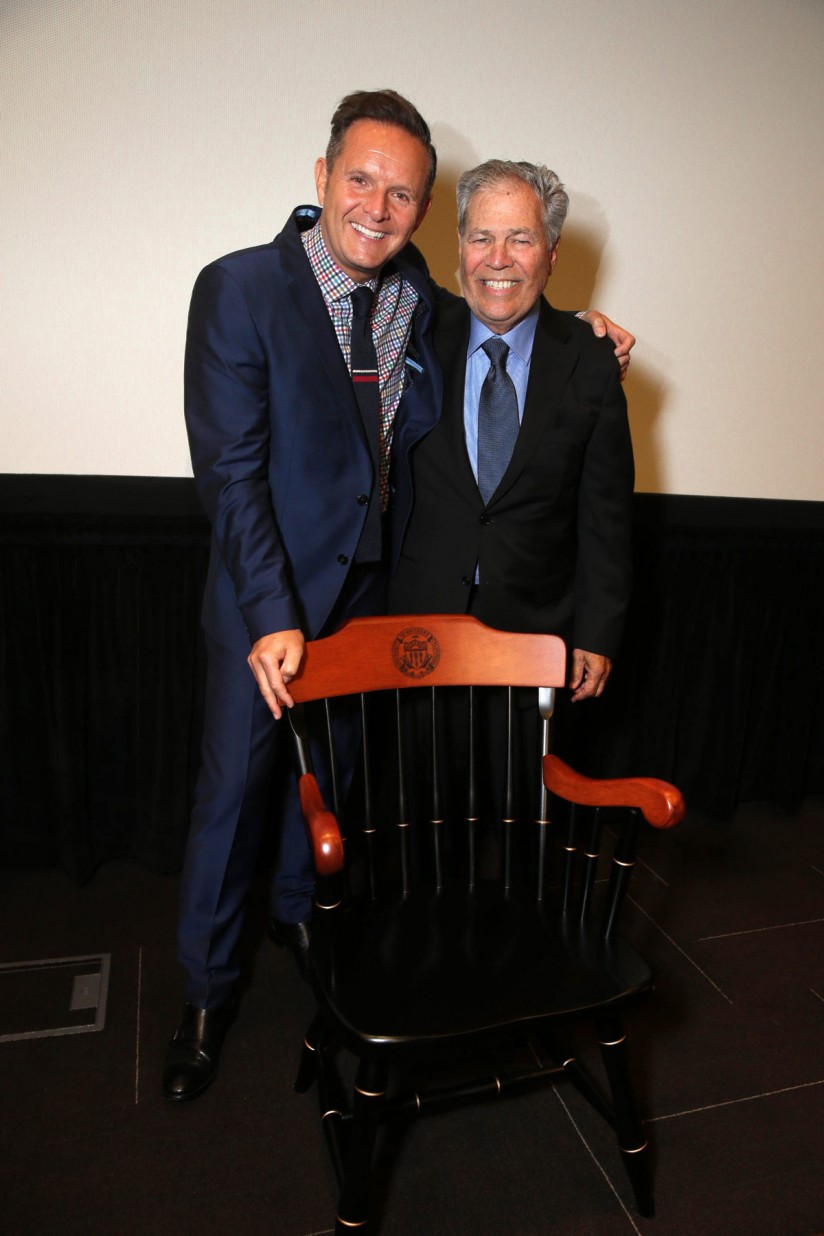 David Weitzman, right, is the first to hold the chair endowed by Mark Burnett. (Photo/Eric Charbonneau)

Weitzner met Burnett in the summer of 2013, when Burnett’s son was a student in the program. Another student that year was Fatema Hussaini, a filmmaker from Afghanistan whose film, Being Woman, about the life of women in her country, brought Burnett to tears. When Hussaini decided she wanted to remain in the United States, Weitzner reached out to Burnett for help and the two men developed a friendship that led to her U.S. residency.

At the April 27 SCA dedication ceremony, Burnett expressed his support for the Summer Program, which educates media professionals and college students from around the world.

Burnett praised Weitzner’s ability to provide students with both criticism and encouragement.

[David is] the CEO — the Chief Encouragement Officer.

“I was immediately taken with David. He’s the CEO — the Chief Encouragement Officer. He knows when you have to give constructive criticism. You have to tell them the truth. But he’s such a loving guy that he can do the job,” Burnett told the audience in the Ray Stark Family Theatre. “The School of Cinematic Arts is such a brilliant school because it spots the people with the charisma and vision to go forward in this business and teaches them the craft.”

Added Weitzner: “Mark [Burnett] has been more generous to me than I have any right to expect. For this great honor, I am deeply humbled and deeply appreciative.”

The gift supports The Campaign for the University of Southern California, a multiyear effort to secure $6 billion or more in private philanthropy to advance USC’s academic priorities and expand the university’s positive impact on the community and world. The campaign has raised $5.02 billion to date.

Voodoo Macbeth makes a splash with audiences — and festival judges

What do get when you put eight writers and 10 directors at the helm of a single feature film? When it’s this product of USC’s Feature Film Production class, the answer is: a winner.