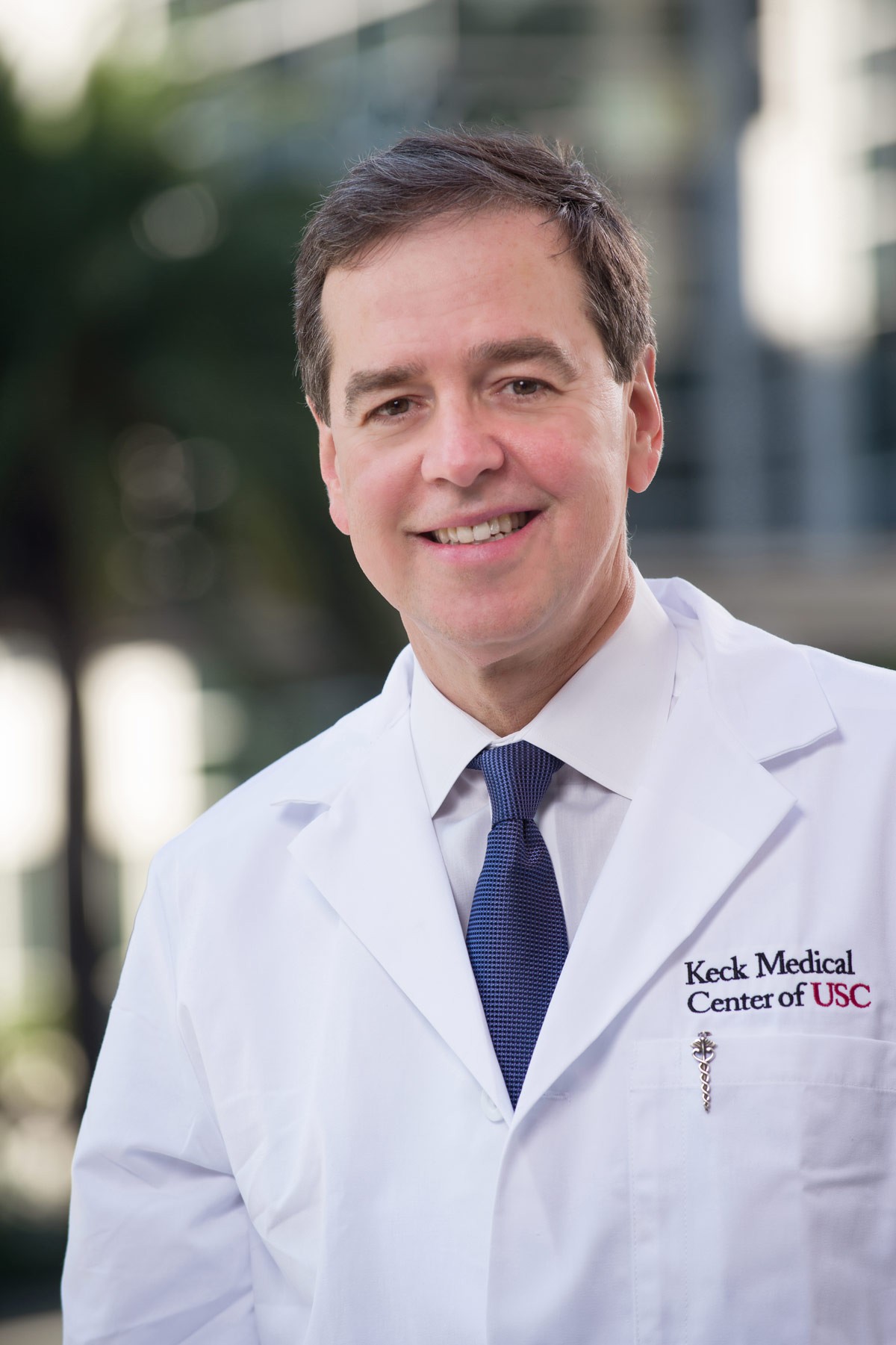 John K. Niparko, Tiber Alpert Professor and chair of the USC Rick and Tina Caruso Department of Otolaryngology-Head and Neck Surgery at the Keck School of Medicine of USC, died April 25. He was 61.

“Dr. Niparko was a transformative recruitment to the Keck School of Medicine and was a pillar of our department,” said Rohit Varma, interim dean of the Keck School of Medicine of USC and director of the USC Roski Eye Institute. “He led its ascent to the top 10 departments of otolaryngology in the U.S. in research funding. He was a dynamic leader and a humble colleague whose good humor, compassion and gentle nature earned our esteem and deep affection. We are all enriched for having known him.”

Holder of the Leon J. Tiber and David S. Alpert Chair in Medicine at the Keck School of Medicine, Niparko was an internationally renowned otoneurologic surgeon and researcher who joined USC in 2013. As a national expert on hearing technologies, he built USC’s otolaryngology group into one of the nation’s finest, recruiting outstanding researchers from around the country and spearheading a long-running national clinical trial of treatments for children with hearing loss. He also founded and directed the USC Caruso Family Center for Childhood Communication, which assists more than 5,000 children and their families coping with hearing conditions and disease.

“In addition to being a brilliant surgeon and scientist, Dr. John Niparko was a dear friend,” said business leader and USC Trustee Rick J. Caruso. “Most importantly, he was an angel that God brought into our family’s life, who gave the gift of hearing to my daughter, Gianna. Our family will be forever grateful.”

Niparko came to USC from Johns Hopkins University, where he was the inaugural George T. Nager Professor and director of the Division of Otology, Neurotology and Skull Base Surgery.

Help benefit the John Niparko Research Endowment Fund. Niparko dedicated his career to helping those affected by hearing loss and this fund has been established to carry on his vision at the Keck School of Medicine of USC. Find out more.

“Dr. Niparko was a vibrant physician leader who was able to combine outstanding science, effective administration and generous care to create the world-class USC Caruso Department of Otolaryngology-Head and Neck Surgery,” said Thomas Jackiewicz, CEO of Keck Medicine of USC. “He treated patients with hearing loss not only with his medical skills, but with extraordinary integrity and humanity. He was a warm and wonderful person, and I will personally miss him greatly.”

Niparko received numerous awards, including the Deafness Research Foundation’s Annual Hearing Research Award in 2001. He served as president of the American Otological Society, the oldest specialty society in the field, and on the council of the National Institute on Deafness and Other Communication Disorders of the National Institutes of Health. He also served on the board of the River School of Washington, D.C., an inclusive educational model for children with hearing loss offering full immersion in classes with typical developing, hearing peers.

“Dr. Niparko was a trusted and thoughtful leader, mentor and friend,” said Jon-Paul Pepper, assistant professor of clinical otolaryngology-head and neck surgery. “He was the guiding hand responsible for the impressive growth and achievement in our department over the past three years. As a group, we will honor his memory by continuing this ascent. But leaders like John are rare — possessing equal parts expertise and humanism — and so his loss is deeply felt by not only our university, but also the field of otolaryngology.”

A native of Detroit, Niparko received his bachelor’s degree and medical degree with distinction from the University of Michigan. He is survived by his wife, Angela; two sons, Kevin and Nathan; and two siblings, Nancy and Steve.

Keck Medicine of USC has opened the USC Center for Childhood Communication on the campus of John Tracy Clinic.

Generous support will enable USC researchers to find new ways to treat hearing loss among children and diseases of the ear, nose and throat.