Graduate students from the USC Price School of Public Policy and USC School of Social Work confronted the fallacy of “race-neutral” policies at the third annual Students of Color and Allies Policy Forum.

Nearly 200 people, most of whom were college students from across Southern California, attended the April 2 student-run event addressing issues of race and social justice in planning, policy, development and social work. The forum featured a public conversation on race-neutral versus race-conscious policies and three workshops on the impact such policies have on immigration, research methods and equitable development.

Los Angeles City Councilman Marqueece Harris-Dawson opened the day by presenting that there is a legacy of racism in the United States that began with slavery and is now transitioning to homelessness. He noted that African-Americans make up 8 percent of the population in Los Angeles, yet 48 percent of the homeless population.

The councilman told the audience that the only way “the back of racism gets broken is that everyday people get organized. You get organized and push back on every front. You fight back in academia, in policy, in the street as an organizer, in culture as an artist and in your neighborhood with activism. You all are part of that.”

“Coming out and saying disrupting and dismantling is about making a statement,” said forum co-chair Victor Sanchez Jr., a Master of Public Policy student at USC Price. “Right now our communities aren’t necessarily empowered to shape policies in the way we want them to be, so for us this was really about setting a tone that mixes up the status quo, a tone that explores the potential of organizing and why direct action is important.”

Roithmayr asserted that there are pretextual race-neutral policies such as felony disenfranchisement laws, drug-sentencing laws and the current attempt to enforce sidewalk rules on the homeless — where everyone can see there is a racially disparate impact despite no mention of race. Then there are other policies that people consider race-neutral but aren’t. 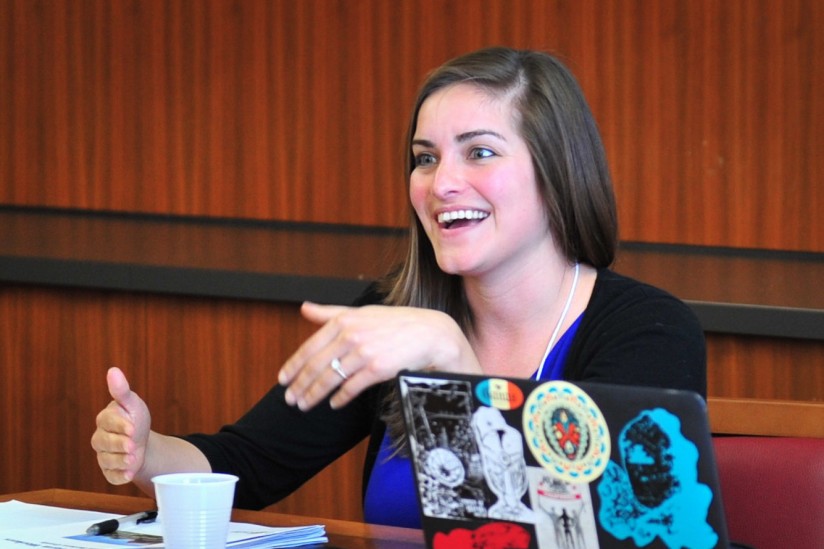 “If I were to advise a law student who wanted to do work in racial justice, I would say educate yourselves on tax policy and land-use policy because those two areas are full of race-neutral policies that end up explaining a significant portion of racial disparity,” Roithmayr said.

Roithmayr explained the central argument made in her book Reproducing Racism: How Everyday Choices Lock in White Advantage. Slavery and segregation allowed whites to get an unfair advantage in housing, education and employment markets, and those advantages became self-reinforcing over time. Wealth and social connections that white families obtained through exclusionary behavior get passed down to the next generation.

Loud’s work focuses on early childhood education and equity issues. She expressed that it is important to understand that, as persons of color working in policy spaces, one’s credibility is not diminished when talking about race and equity. And, Loud noted, it is completely OK to be the only person of color in the room talking about race because it is necessary.

There’s something that happens when your real-life experiences match what you’re working for in policy.

“There’s something that happens when your real-life experiences match what you’re working for in policy,” Loud said. “There’s value in your identity, in your perspective and your approach. We know all research and policy are subjective, so use your perspective to make very good change.”

“We need to build something that actually works for all the people,” Abdullah said.

Sanchez said the existence of the forum was a big part of why he chose to attend USC Price.

“This forum stood out to me as a space where I could talk about my history, talk about what’s going on in the community, focusing on the people being adversely impacted by policy,” Sanchez said. “It’s a student-run, student-led event that helps balance our classroom experiences. And I think a lot of students of color find it to be an empowering space.”

Race-neutral policies and their impact on communities