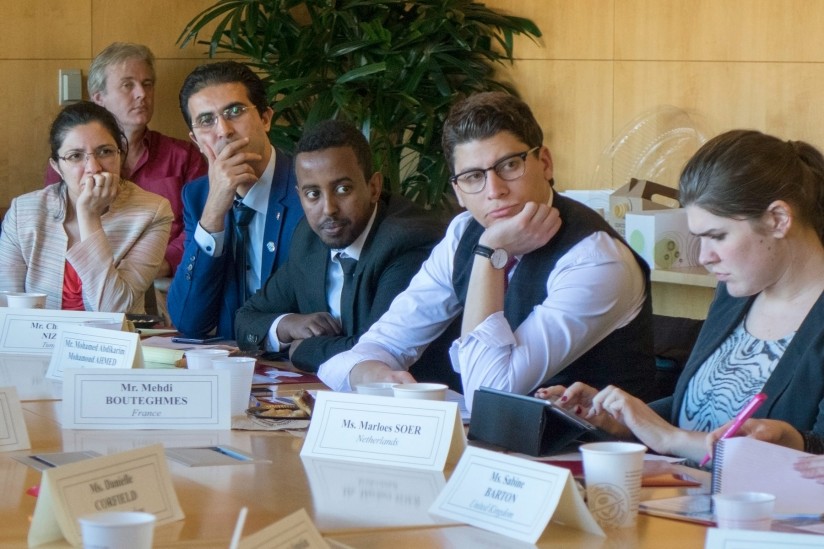 In the 14 years following 9/11, nearly twice as many people were killed in the United States by right-wing and anti-government fanatics, as by Islamic extremists. During a visit to the USC Price School of Public Policy’s Safe Communities Institute (SCI), a foreign delegation of public officials and community leaders shared similar concerns in their own countries, as well as strategies for preventing homegrown violent extremism everywhere.

Invited in March under the auspices of the U.S. State Department’s International Visitor Leadership Program, the delegates focused on the theme of “Strong Cities: Building Community Resilience to Radicalization and Violent Extremism.”

“This meeting really honed in on radicalization,” said Erroll Southers, director of Homegrown Violent Extremism Studies at SCI. “What was interesting is the conversation was split — some of it was about ISIS, but most of it was not. There were people in that room that are very concerned about neo-Nazis and right wing.”

For the two delegates from Norway, right-wing extremism was top of mind. In 2011, Anders Behring Breivik killed 77 people in their country’s capital city of Oslo and nearby island of Utoya after electronically distributing a militant manifesto against Islam and feminism. 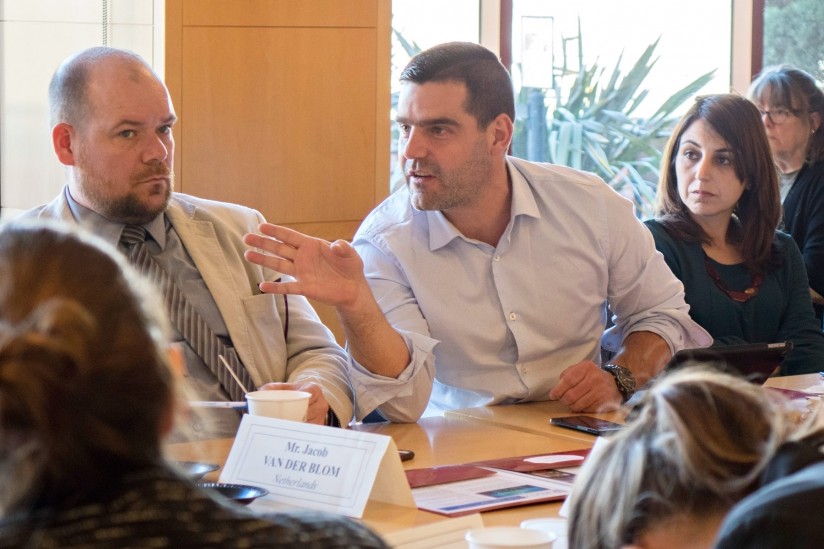 The rest of the delegates came from nine other countries: Canada, Denmark, France, Italy, Morocco, the Netherlands, Tunisia, Turkey and the United Kingdom. They included public servants, public safety officers, and representatives from Muslim cultural associations, nonprofits and other nongovernmental organizations. Previous contingents from the State Department program have visited USC Price from Europe, the Middle East and South and Central Asia.

“We look at violent extremism holistically,” said SCI Director Frank Quiambao. “So we’re looking at right-wing environmental issue-oriented concerns, anti-government militias, neo-Nazis, all of those, and we’re not just singling out radical Islam. That’s a big piece of it, but we also look at the other things.”

Among those other things addressed by the delegates was the growing number of terrorists whose hybrid ideologies defy easy categorizations — combining disjointed beliefs from Islamic extremism, neo-Nazism, anti-Semitism and white supremacy.

“You don’t go from being a carjacker or street robbery suspect to a suicide bomber,” Southers said. “There’s no logical progression there. What was in between? Prison.”

Another topic of discussion was radicalization via the Internet and social media. The delegates were surprised to learn that much of the recruitment begins with face-to-face meetings before the conversations ever migrate into the online realm.

“We found that in Minnesota [with recruits who joined al-Shabab, a radical Islamic militia group fighting to overthrow Somalia’s transitional government and are now joining ISIS]. I found that in France. I found that in Germany,” Southers said. “It’s a very intricate dance that goes on involving both physical and virtual contact. And we talked about that quite a bit.”

Faced with the same problems, many of the countries are implementing the same types of intervention, rehabilitation and afterschool soccer programs for youth. The delegates brainstormed about how to measure the success of such efforts by tracking program participation, high school graduation rates, employment, college enrollment and similar measures. 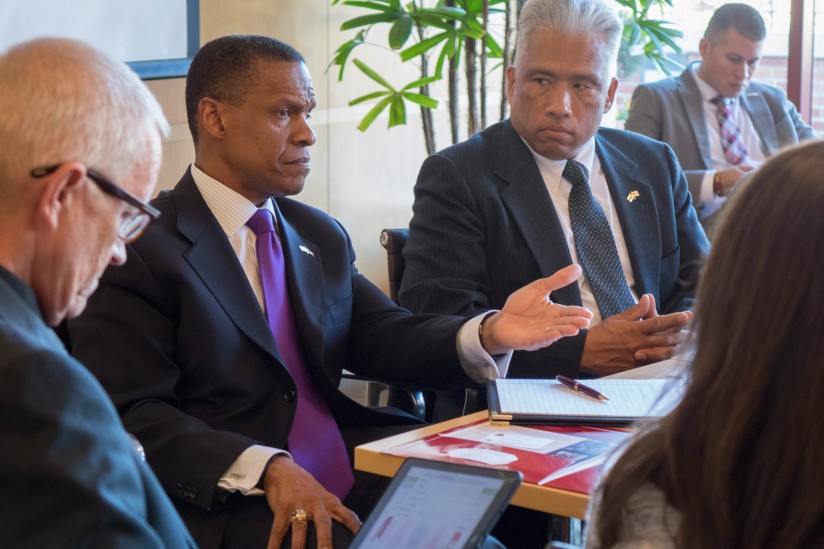 “If those numbers go up, we can at least take some comfort in an increasing number of people that are engaged in the activities that we’re offering,” Southers said. “Maybe fewer of them are considering other options.”

As the SCI continues to host delegations, it’s also begun to explore opportunities to partner on research. In collaboration with German colleagues, one such research proposal, submitted to the U.S. Department of Defense for funding, addresses the foreign fighters leaving from Minneapolis and Berlin.

During all of the visits, Quiambao and Southers expressed a belief in facilitating conversations, rather than delivering slide presentations.

“We sit down with them and say, ‘OK, for the next hour and 45 minutes, what do you guys want to know?’ ” Quiambao said.

Southers added: “What’s really nice is we aren’t giving a lecture. They really do want to talk. We all have the same challenges and same problems, and it’s been an incredible exchange of information.”

Participants include leaders of community groups from countries where terrorists have been active over the years.

The USC Price discussion includes a look at what makes young people susceptible to radical messages.