The Los Angeles County Board of Supervisors honored USC President C. L. Max Nikias today with a presentation of a scroll commemorating USC’s most noteworthy accomplishments during the first five years of his administration. Scrolls are awarded to outstanding citizens of Los Angeles County in recognition of their significant contributions to the county.

“Under President Nikias, USC has continued its upward trajectory as both an academically elite institution and one that takes its social responsibilities to heart,” Ridley-Thomas said. “USC has no doubt achieved the status of one of the most selective universities in the country. At the same time, it boasts the largest overall student aid in America, enrolls 1,000 service members, veterans or military members and has worked to build pathways for students from challenging socio-economic backgrounds.”

Ridley-Thomas also acknowledged the transformational nature of the $700 million USC Village project, which will enhance campus life for students while opening up an array of new retail and service options for the local community when it opens in 2017. The Village is the largest economic redevelopment project in the history of South Los Angeles.

Accepting the award at the Kenneth Hahn Hall of Administration in front of county residents and USC staff, trustees and other supporters, Nikias thanked the county for working with USC toward a number of landmark achievements.

“The county has been USC’s vital partner in so many areas — from the USC Village to the Coliseum. In addition, we have also shared an important commitment to health that dates back 130 years and has culminated today in the Los Angeles County + USC Medical Center, an integral part of a system that serves 10 million residents.”

Our joint successes in so many endeavors over the decades give me great hope.

Looking forward, Nikias lauded the university’s plans to build a biotechnology park as USC’s next flagship partnership with the county.

“Our joint successes in so many endeavors over the decades,” Nikias said, “give me great hope as we advance plans to build a biotech park adjacent to our Health Sciences Campus. The biotech park has tremendous potential to transform the county by bringing a major growth industry to Los Angeles. It’s a project that will generate innovations in biotechnology that enhance life while creating thousands of new jobs at all levels within the county’s economy.” 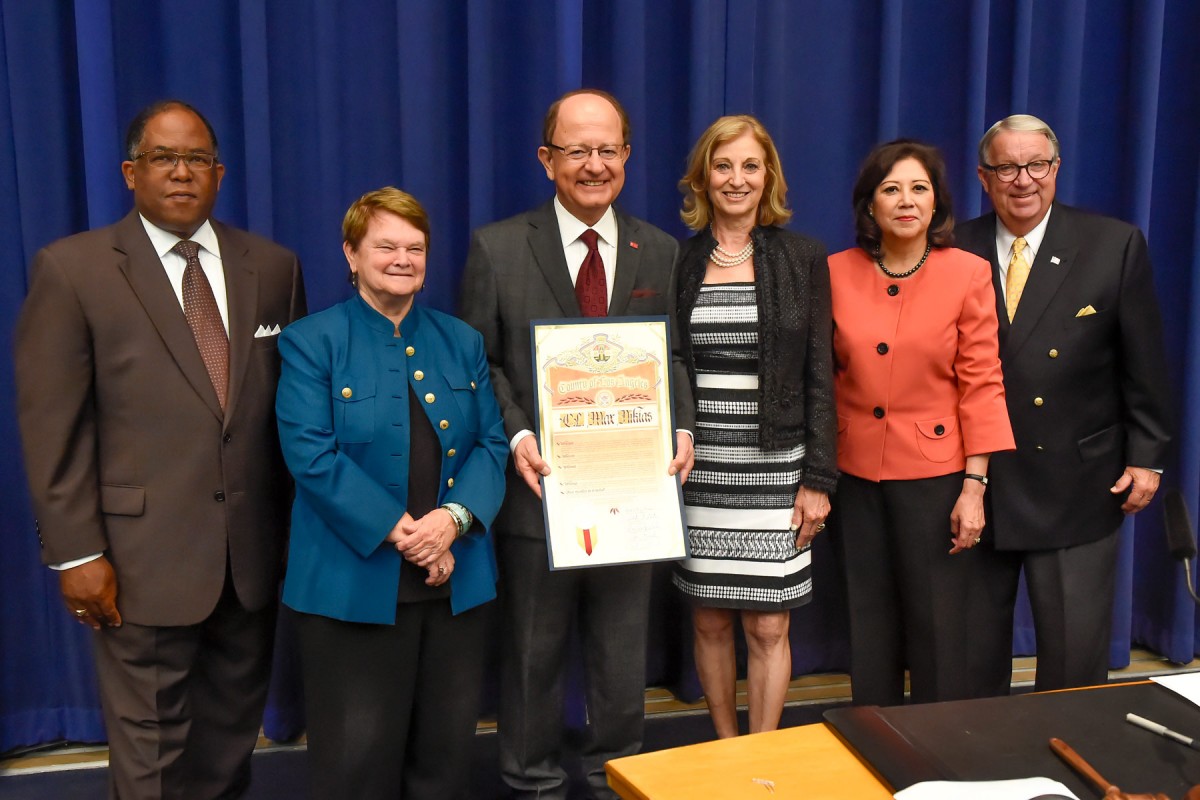 Research in regenerative medicine can be a game-changer in the treatment of damaged organs, the senator says.