Her mother would tell you that Safiya Sinclair always knew she would be a writer.

When she was 16, Sinclair had her first poem published in the national newspaper of Jamaica, where she grew up. Shortly thereafter she received a phone call from the celebrated Trinidadian poet Wayne Brown.

“I read your poem,” he told her. “This is serious; I need to work with you.” In that moment, Sinclair said, her commitment to poetry was solidified.

“Hearing that at 16 was such a great confirmation that there was something there — a tiny spark — and it kept me going.”

Now 31, Sinclair is a student in the PhD in creative writing and literature program at the USC Dornsife College of Letters, Arts and Sciences. She received the latest confirmation of her talent in March — a prestigious 2016 Whiting Award for Poetry. 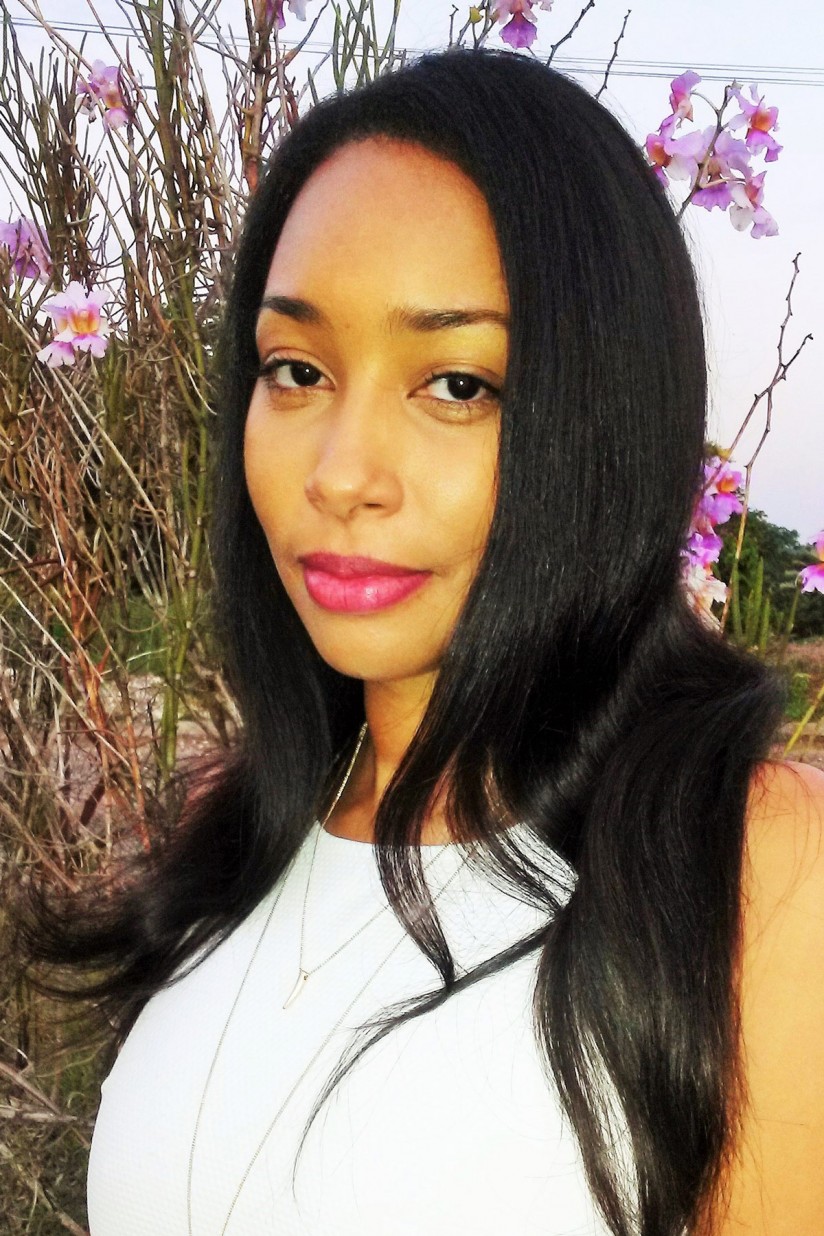 Safiya Sinclair grew up in a small fishing village in Jamaica, a seaside setting that figures prominently in her poetry.(Photo/Diani Sinclair)

“It is a superb award,” said David St. John, University Professor of English and Comparative Literature and chair of English. “Safiya is one of our very best.”

The $50,000 award, given annually to 10 emerging writers in fiction, nonfiction, poetry and drama, is based on early accomplishment and the promise of great work to come. Writers must be nominated by peers; winners are hand-selected for the honor by a panel of six judges.

“[The award] is affirmation that the work I’m doing is resonating with the people who read it,” Sinclair said, “which for me is such a large part of being a poet — making sure that what I’m trying to say will have a second life outside of myself, that blooms to life in the readers.”

Her debut collection of poetry, Cannibal, comes out in September (University of Nebraska Press) and has already garnered a Prairie Schooner Book Prize. She received the Poetry Foundation’s 2015 Ruth Lilly and Dorothy Sargent Rosenberg Poetry Fellowship.

I’ve always felt that there is such a luminous intelligence to Safiya’s poetry.

“I’ve always felt that there is such a luminous intelligence to Safiya’s poetry, as well as a startling maturity and a formal poise that is extremely rare,” St. John said. “She’s able to weave enormously compelling and bold, mythic dimensions through her poetry while being intensely lyrical as well.

“Safiya Sinclair is only at the beginning of what clearly promises to be a life of remarkable poetry.”

For the past seven months, Sinclair has been a writing fellow at the Fine Arts Work Center in Provincetown, Mass. There she’s working on a new project, a memoir about her life in Jamaica and her childhood growing up in a very strict Rastafarian family and her experience of being a woman rebelling against a very patriarchal society.

She said the transition to writing in prose for this project has been an interesting challenge.

“I see it as two sides of my brain: my prose brain and poet brain. I still see the lyric poetry coming through in the prose that I’m writing, but I think that’s good because it’s unmistakably my voice, and if I’m writing a memoir, it has to be completely imbued with my voice.”

Place has always been central to Sinclair’s writing.

“Without the landscape and language of my childhood, my poems don’t exist. Even if I’m not physically at home, it’s always in the background of whatever I’m writing, particularly the ocean. I was born in a tiny fishing village in Montego Bay called White House, and I grew up right on the sand.”

This is why, she believes, her poetry is so involved with the sea, its rhythm and its musicality. She considers the sea her “second mother.”

When asked about how her poems germinate, she responds without hesitation.

“I can’t even write a poem unless I think the first line is good. Sometimes I’ll go for days, walking around with phrases in my head and then that codifies into a first line, which I’ll write down by hand. Then the poem sort of tumbles forward from there.”

Sharing the personal and the universal

After earning her undergraduate degree at Bennington College in Vermont, Sinclair spent a year in Jamaica, where she wrote her chapbook Catacombs (Argos Books, 2011). She completed her MFA at the University of Virginia before coming to USC Dornsife.

“My experience at USC has been really wonderful. I love my professors, Carol [Muske-Dukes], David [St. John] and Susan [McCabe],” she said. “I have a really amazing group of peers in my cohort who continue to inspire me. I think it was truly a fateful convocation of minds meeting at USC, especially among the poets. There are so many incredible and necessary things happening in their work, and I feel so lucky that I’m a part of this program.”

For example, fellow PhD student Robin Coste-Lewis won the 2015 National Book Award for her debut poetry collection Voyage of the Sable Venus and Other Poems (Knopf, 2015).

Through her poems, Sinclair hopes to share experiences both personal and universal.

“My childhood in Jamaica, the history of the island and my family are all things that fill the space of my poems,” she said. “I’m just a small voice that’s distilling all these very vital, rich things onto the page to express something about where I’m from to people who might only have a tiny idea of what Jamaica or being Jamaican is like.

“If I can say something that sort of subverts that idea, then I think I’ve done something good.”

Does poetry hold the key to highly secure passwords?

Two USC Viterbi computational linguists use a method that takes more than 11 years to break.

The award winner will teach literature and creative writing at USC Dornsife.