USC Price School of Public Policy Professor Raphael Bostic often asked his colleagues at the Bedrosian Center on Governance what was needed to have a society in which good policy is implemented. The answer kept coming back to civic engagement — a citizen base that is informed and engaged.

Even in an era when people are more connected than ever, with more outlets to discuss issues, a distressingly small number of people are participating in efforts to address or change the problems they perceive in their community. For example, in the latest mayoral election in Los Angeles, fewer than 25 percent of eligible Angelenos cast a vote for one of the candidates.

In response to this “crisis of civics,” the Bedrosian Center has joined with the City Impact Lab to create the LA Civics Initiative, a yearlong series aiming to work toward a more civically engaged Los Angeles.

The inaugural workshop on March 23 at USC featured a panel of civics experts to spark a discussion that was then turned over to attendees — including elected officials, students, faculty, alumni and community members — for a brainstorming session on barriers to civic engagement with possible solutions.

If we don’t have an electorate that is informed, present and active, it’s hard to do good policy.

“If we don’t have an electorate that is informed, present and active, it’s hard to do good policy,” said Bostic, holder of the Bedrosian Chair in Governance and the Public Enterprise. “The process is going to break down. A lot of the things we hear people complain about today have to do with the fact that our processes aren’t working the way we need them to. It’s important that we find ways to improve that engagement.”

Kassakhian noted that the challenge of creating civic engagement has been an issue for thousands of years dating back to ancient Greek statesman Pericles, who he quoted as saying, “Just because you’re not interested in politics doesn’t mean politics will not take an interest in you.”

Problems with civic engagement continue even today. Beltran explained that engagement goes beyond just voting: “It means being involved in your community and what’s important to you. Everything we do to try to be engaged is part of the process.”

Zimmer noted how he doesn’t see a difference between civics and activism, and mentioned that his most successful way of engaging young people has been through community.

“Particularly with students, I think when you tell them that something matters, there’s an appropriate tension and rejection of that, as opposed to a type of engagement in which they themselves decide what matters and what’s important,” Zimmer said.

Kaplan, a Master of Public Policy graduate from USC Price, advocated the importance of civic literacy. His organization condenses the difficult-to-read voter guides into short animated videos or infographics. 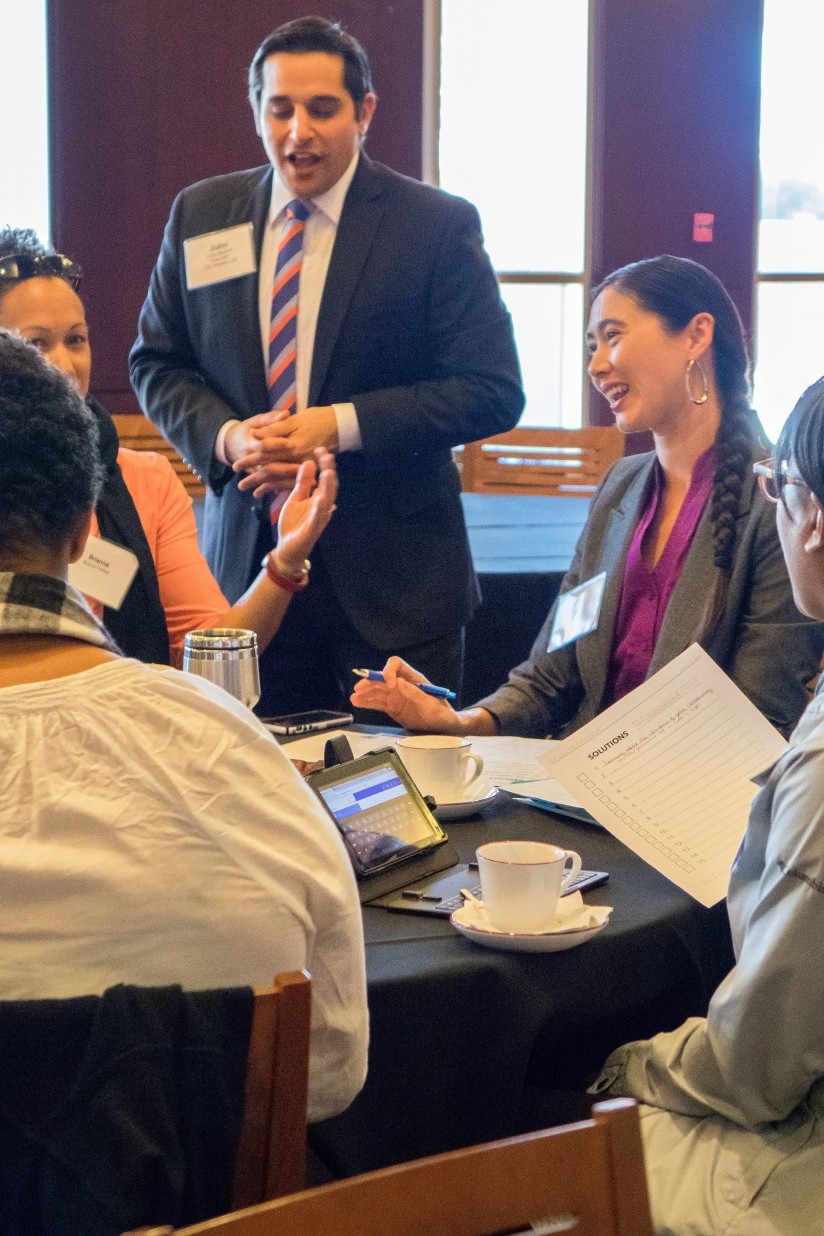 “We’re changing civic literacy starting here in California to make sure everybody from sixth grade and above can be civically literate and understand their role in society,” Kaplan said.

Bostic offered five elements to being civically literate: knowing your views and opinions matter; knowing you have civic and social responsibilities; being aware of the issues; recognizing that for every policy issue someone is going to make a decision regardless of your participation; and understanding that all governance structures are the way that they are for a reason, which places some limits on what can be done.

While civic engagement problems are similar around the world, Bostic explained that the wide expanse of Los Angeles, covering 88 cities and 200 communities, makes it an even bigger challenge. He noted that, in Los Angeles, if you ask people where they are from, you might hear back Koreatown or the Valley, while in New York City they just say New York or “the City.”

“We have aggregation problems,” Bostic said. “I think that’s where the challenge is — it’s our historic pathway to how we define our spaces that means that some issues that really should be collective issues aren’t viewed that way.”

The panel identified several barriers for increasing civic literacy, including the many demands on people’s time, the large volume of information that makes it difficult for people to figure out what is important or true, the growing intolerance in our public discourse, a lack of venues to make people aware of their civic responsibilities and get them interested in the issues, and the current political environment where people are told what matters instead of having a chance to define what is important for themselves.

Future workshops in the series will be developed based on the discussion and ideas proposed in previous ones, with the intent of aggregating the knowledge for an LA Civics Summit in 2017.

“The goal is we take this year worth of work and continue to track our progress,” Bwarie said. “It’s not a research project, it’s an engagement project. But like a research project, we’ll have results from the issues people have identified and recommendations of best practices that we can share in a larger event.”

How will the House speakership battle come to an end?

USC Price’s Jeffrey A. Jenkins, who literally wrote the book on contested speakership elections, breaks down the ongoing political battle.

Diana Ramos, California surgeon general, is a proud double Trojan. She shares her goals in the statewide role.