Denise Nicholas ’87 was 19 years old when she interrupted her pre-law studies at the University of Michigan to travel to the Deep South and the heart of the civil rights movement. It was a dangerous time and place for a young activist, but even her frightened parents couldn’t dissuade her from what she perceived as a righteous cause.

The year was 1964 — Freedom Summer — and the Detroit native had joined the fledgling Free Southern Theater in order to read and critique plays. Quite unexpectedly, Nicholas was asked to step in and replace an actress who hadn’t shown up for the summer, which led to her two-year stint acting with the company as it performed in Mississippi and Louisiana.

The integrated theater company was founded the year prior to introduce the South to free theater, both as a voice for social protest and to bring the art form to impoverished rural populations.

“We performed mostly in churches for people who had never seen theater — many had never even seen a movie before. It was a remarkable experience being exposed not only to the incredible poverty but also to the people who were so kind and welcoming.”

In one small Mississippi town, the civil rights activist, sharecropper and local leader Fannie Lou Hamer unexpectedly attended their production of Samuel Beckett’s absurdist classic Waiting for Godot. After the performance, Hamer came to the stage to give a talk. Nicholas laughed as she recounted the experience. 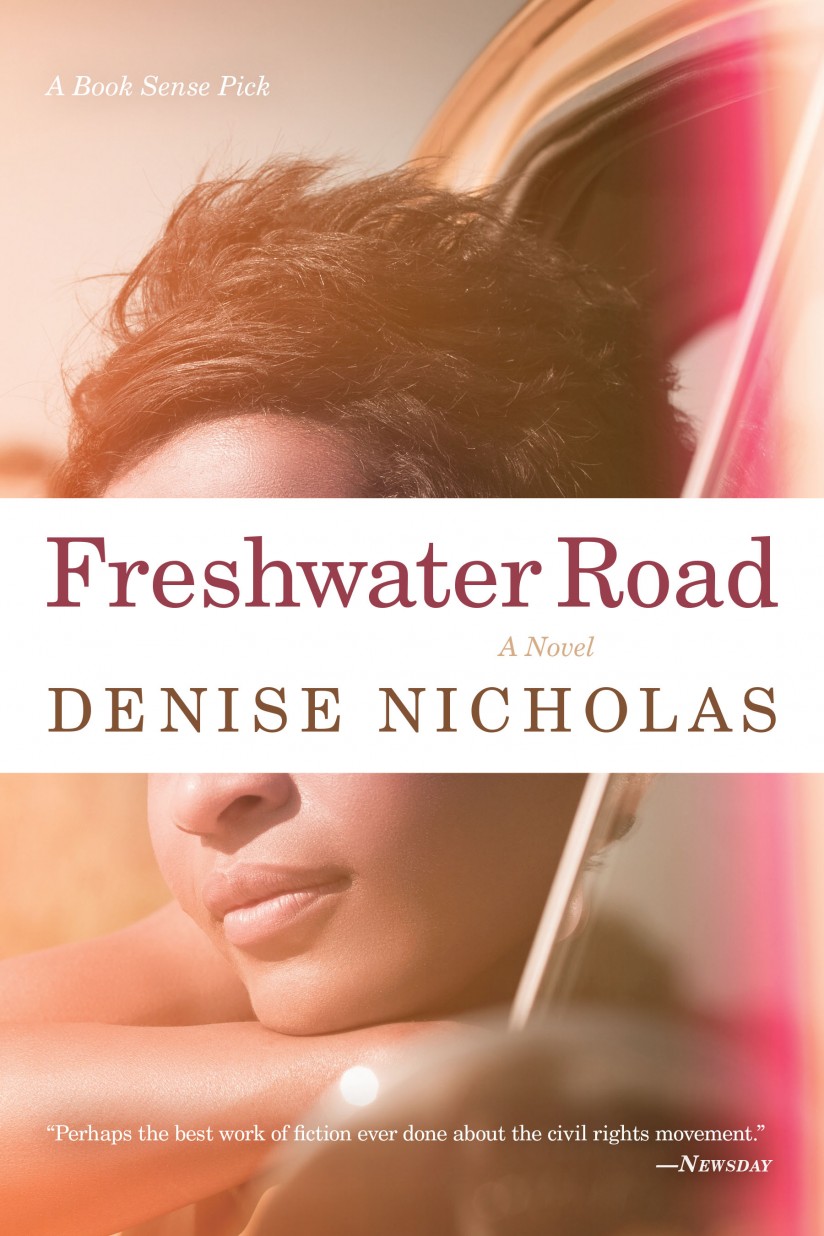 “She must have been thinking, ‘I don’t know what these kids are doing,’ but she stood up and said, ‘Well … we know something about waiting, don’t we!’ And everyone shouted, ‘Yes! Yes, that’s it!’”

Not every experience was positive. Small contingents of white people attended their performances, and while some were liberal and welcoming, others were threatening. In McComb, Miss., someone threw a bomb up on the stage.

“We went through hell, but we had so many once-in-a-lifetime experiences.”

Write what you know

These experiences are what gave rise, many years later, to Nicholas’ novel Freshwater Road (Agate Publishing, 2005), which has a 10th-anniversary edition due in April. The semi-autobiographical story tells of a young woman from Michigan who volunteers to help register voters in the South during Freedom Summer. It was selected as one of the “Best Books of 2005” by several newspapers.

“The idea to write something focused on the civil rights period started a long time ago,” Nicholas said. “I carried it around for years, jotting down notes here and there. I was so branded by my experiences and all I learned while living down there. I thought, why is this moment in our history not more important than I’m seeing it revealed in my everyday life? Because it changed everything.”

Following her stint with the Free Southern Theater, Nicholas moved to New York City and earned a spot in the groundbreaking Negro Ensemble Company. While performing with them on the stage of St. Mark’s Playhouse, she caught the eye of TV executives and was called to audition for a new show. Nicholas eventually won a starring role as high school guidance counselor Liz McIntire on Room 222, moving to California in 1969.

Frequently portraying resilient, complex female characters, Nicholas enjoyed a vibrant career in television, theater and film. In addition to the Emmy Award-winning Room 222, she co-starred in the long-running drama series In the Heat of the Night, in which she played a councilwoman opposite TV icon Carroll O’Connor (All in the Family). Her film credits include Blacula (1972), Let’s Do It Again (1975), A Piece of the Action (1977) and Ghost Dad (1990).

Nicholas had, by that juncture, gained experience and fame. She had been pictured on the cover of Jet magazine 10 times. But amid her acting career, she nurtured another dream — becoming a writer.

Moving to writing from acting was a natural progression for me.

“Moving to writing from acting was a natural progression for me,” she said. “I always loved reading and books and really absorbed the fantasy of being a writer. It’s very romantic to want to be a writer, especially when you’ve never written anything! But I had always wanted to write.”

But first, she knew she had to finish the college degree she had started two decades ago.

“I reached a point where there was no way I was going to get another year older and not get that degree finished. Doing so also helped me get through the period of mourning for my sister, who was killed in 1980. School really helped me stay focused and centered and put me on track in a positive direction.”

In 1985, she enrolled at the USC Dornsife College of Letters, Arts and Sciences, making the dean’s list multiple times and earning a degree in humanities with an emphasis in drama two years later. She recalled one instance when her rich experience benefitted the entire classroom.

“One day the Free Southern Theater was in our history of theater textbook, so I got to stand up in front of the class and talk about it. I was the oldest person in the class! Their jaws were dropping hearing about my experiences with the theater that was right there in the book.”

Building her confidence as a writer

While acting on In the Heat of the Night, her next big television gig after graduating, she approached her friend and co-star O’Connor about something that had been bothering her.

“I said to him, ‘Carroll, you can’t have all these black people on the show and no black writers or directors ever.’”

O’Connor agreed, encouraging Nicholas to submit a story treatment. When she did, not only did he want to buy it, but informed her she’d be writing it. Initially a bit intimidated, O’Connor ultimately mentored her in the creation of six episodes for the series.

“He was one super human being,” she said. “And that was my big confidence builder for writing.”

“I worked with Janet for four years and Freshwater Road came directly out of that workshop. That experience really pushed me beyond what I thought I was capable of. It was a lot of hard work and discipline — lots of support but a lot of pushing. There were no shortcuts in that workshop.”

Then again, Nicholas was never one for shortcuts.

USC undergraduates and a political science scholar help obtain justice for the family of a man taken down by police.

A Lesson in Civil Rights

After earning her PhD in Earth sciences from USC Dornsife, Jingmai O’Connor has carved out an award-winning career as a paleontologist in China.