The United States, though led by an African-American president, has witnessed the rise of the Black Lives Matter movement. In Scandinavia, largely a progressive, socially oriented and egalitarian region, violence against women still persists as a major concern. How do we reconcile these and other seeming paradoxes?

Intersectionality, a framework for thinking about the ways in which inequalities related to race, gender, class and sexuality develop, is a great place to begin, according to Ange-Marie Hancock, associate professor of political science, gender studies and sociology at the USC Dornsife College of Letters, Arts and Sciences.

Hancock, who has been exploring the subject for nearly 20 years, provides an extensive look at the issue in her new book, Intersectionality: An Intellectual History (Oxford University Press, 2016).

“I think one of the reasons intersectionality is compelling is because it gives us a contemporary language to talk about why so many things have changed and yet so many things stay the same,” she said.

In America’s society, social and political power is conferred through categories of identity. Rather than simply looking at inequality as a relationship between those at the center and those on the margins, Hancock said, intersectionality maps the relative ways in which identity politics create power. Her book is the first to offer a comprehensive intellectual history of the theory.

“Intersectionality has become a real buzzword — if you Google it, you’ll get something like 600,000 results. But scholars of the topic are finding that there is a lot of vagueness surrounding it and misunderstanding of what it is.”

In most popular usage, intersectionality is equated with a notion of individual identity, but Hancock said it’s also about how people in general interact with others and with institutions and structures. Identity politics is just the beginning. 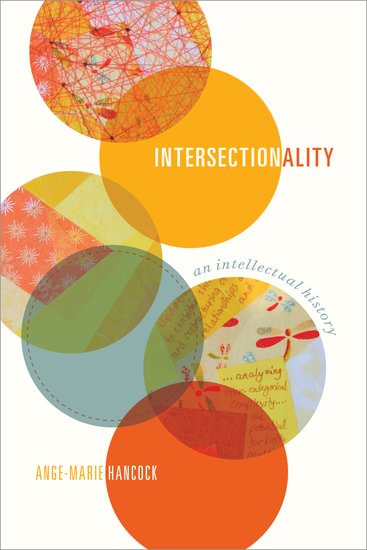 Intersectionality: An Intellectual History is the first in a two-book series. (Courtesy of Oxford University Press)

“I wanted to start a conversation so we could really start to think about putting some boundaries around what is intersectionality and what is not,” she said. “We’ve started to see a lot of slippage where everything becomes intersectionality, and at that point you’re talking about a definition that no longer has any meaning.”

In her book, Hancock focuses on a few of the gaps in how the word has been used and how it’s been disseminated across the United States and throughout the world. To that end, she argues that intersectionality is a decidedly international phenomenon and an indigenous concept used by scholars and activists in a variety of contexts.

“It’s not something that got developed in the U.S. and then exported,” she said.

The conundrum of violence against women

“One of the things intersectionality brings to the table is that it allows us to analyze why we can’t get rid of something even in a context where we have greater or lesser gender equality. [The book] clarifies some of the reasons why intersectionality is so important by looking at how you have to hold two realities in your hands at the same time. The first reality is that violence against women is pervasive. At the same time, how it happens and what the response is in different countries is really specific.”

In the U.S., for example, it is often framed as domestic violence or sexual assault. In other countries, things like female genital cutting or honor killings could be viewed as the primary violence against women issues.

“Regardless of culture or instance, it’s the same core impulse that manifests itself one way here and completely differently in other parts of the world,” Hancock said. “Intersectionality helps us to hold the pervasiveness and specificity in our hands at the same time, to compare within a context.”

Some people view intersectionality as a nihilistic or cynical thing, Hancock said. For her part, she sees it as a hopeful framework. Although it’s easy to get discouraged in the face of persistent sexism, racism or homophobia, she believes it’s the failure to fully take into account intersectionality’s combinations of privilege and disadvantages that prevents everyone’s needs getting adequately addressed each time there’s a social movement or big change that happens.

“It’s when we try and deal with things in these homogeneous blocks that we leave people and issues out,” she said.

She also believes that intersectionality contributes to solidarity.

“When you start looking at combinations of privilege and disadvantages, you start to overcome your own willful blindness that doesn’t see how other people might be in the position to be in solidarity with you. You see that people you never thought you’d have anything in common with are actually suffering substantively from the same kind of issue, and it starts to reveal unlikely allies.”

Hancock’s book is the first in a two-book series. The second, Scaling Up Stories for Justice, will explore the use of stories and narrative in building social movements for change. Focused on methodology and data, she said, it will provide a framework for understanding and using intersectionality better in an empirical context.

Building on the research she undertook for the book, she is currently designing a new gender studies undergraduate class, “Intersectional Activism and Social Movements.” The course will examine various efforts across the world to use this school of thought as a way to bring positive change to the lives of all people.

‘Nobody talks at the national level about the real crisis we face as a nation,’ says USC’s president during his annual speech.

To see how society works, take a closer look at its intersections