For the fifth year, nearly 100 USC students from 10 colleges focused on pressing issues at the USC Global Health Case Competition.

This year, teams had a week to identify and implement global programs to foster healthy communities in lower-income countries, as mock consultants “hired” by the American Cancer Society. 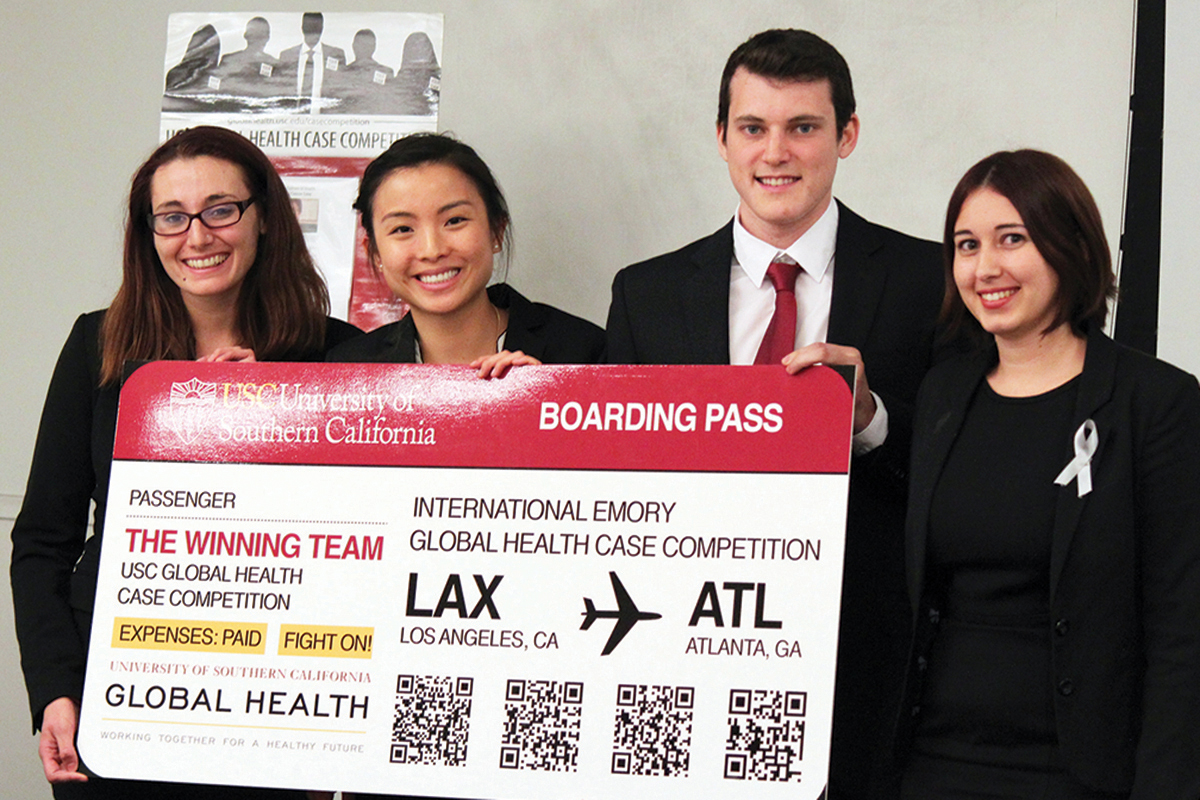 The annual cross-campus challenge, which began in 2012, is coordinated by the USC Institute for Global Health and a partnering organization — this year, the American Cancer Society.

By working with their peers, the students learned to collaborate with others under pressure. Instead of handpicking a team to go to Emory University — which some universities in fact do — USC leaves it up to the students, which motivates them to think creatively — and competitively.

On Feb. 11, students presented to judges — a mix of USC faculty and American Cancer Society representatives. Each team pored over research related to health promotion and cancer prevention in low- and middle-income countries and developed a five-year, sustainable, realistically financed strategic plan to further cancer prevention through healthy environments and lifestyles.

Rosie Henson, American Cancer Society vice president for prevention and early detection — and one of the judges — treated participants to a lecture midway through the day as part of the USC Global Health Lecture Series. She addressed the movement to include cancer in discussions of one of the most pervasive challenges facing everyone: improving Americans’ health and well-being.

The students will receive guidance from global health faculty before competing at Emory University on April 8-9 for a chance to win $6,000.

One of 11 new postdoctoral fellows receives support from USC and Mexico’s equivalent of the National Science Foundation.

USC researchers discover the Achilles heel of hepatocellular carcinoma, a leading cause of cancer deaths worldwide.

Colorectal cancer risk varies based on affiliation to Latino subgroup

Chances of survival depend on which organs breast cancer tumors colonize first.