What helps her live longer might be harmful to him, according to a new study that may help to explain how and why organisms age.

Analyzing years of previous research on dietary and pharmaceutical tests on flies and mice, researchers showed that aging interventions can have opposite effects on mortality rates in males versus females. The findings appear consistent with data gathered on humans as well, said lead researcher John Tower of the USC Dornsife College of Letters, Arts and Sciences and the USC Davis School of Gerontology.

The study was published Feb. 18 in the Journal of Gerontology: Biological Sciences. Tower’s co-authors include Jie Shen of Hangzhou Dianzi University and Gary Landis of USC Dornsife.

Tower and his colleagues found that treating flies with the steroid hormone mifespristone/RU486 (used in humans for terminating pregnancy) decreased egg production in females while increasing longevity.

Similar effects were seen by tweaking the diets of flies and mice, but the effects were sometimes opposite in males versus females.

The effect on the population as a whole

Increasing life span also increased the acceleration of age-dependent mortality rate of the population. That’s evidence of a strong Strehler-Mildvan relationship, which is described by the Gompertz equation, a model for mortality named for the British mathematician who first suggested it in 1825. Here’s what that means:

Suppose you could create a graph of the mortality rate of everyone born in a single year — from birth until the last person died. You’d see two key things: Off the bat, there’d be a small number of individuals dying here and there — typically due to infections and pathogens. That’s non-age-driven mortality.

Then, as the group aged, you’d see the mortality rate rise exponentially until the last person died. This acceleration is thought to represent true aging — the inexplicable breakdown of the body over time. 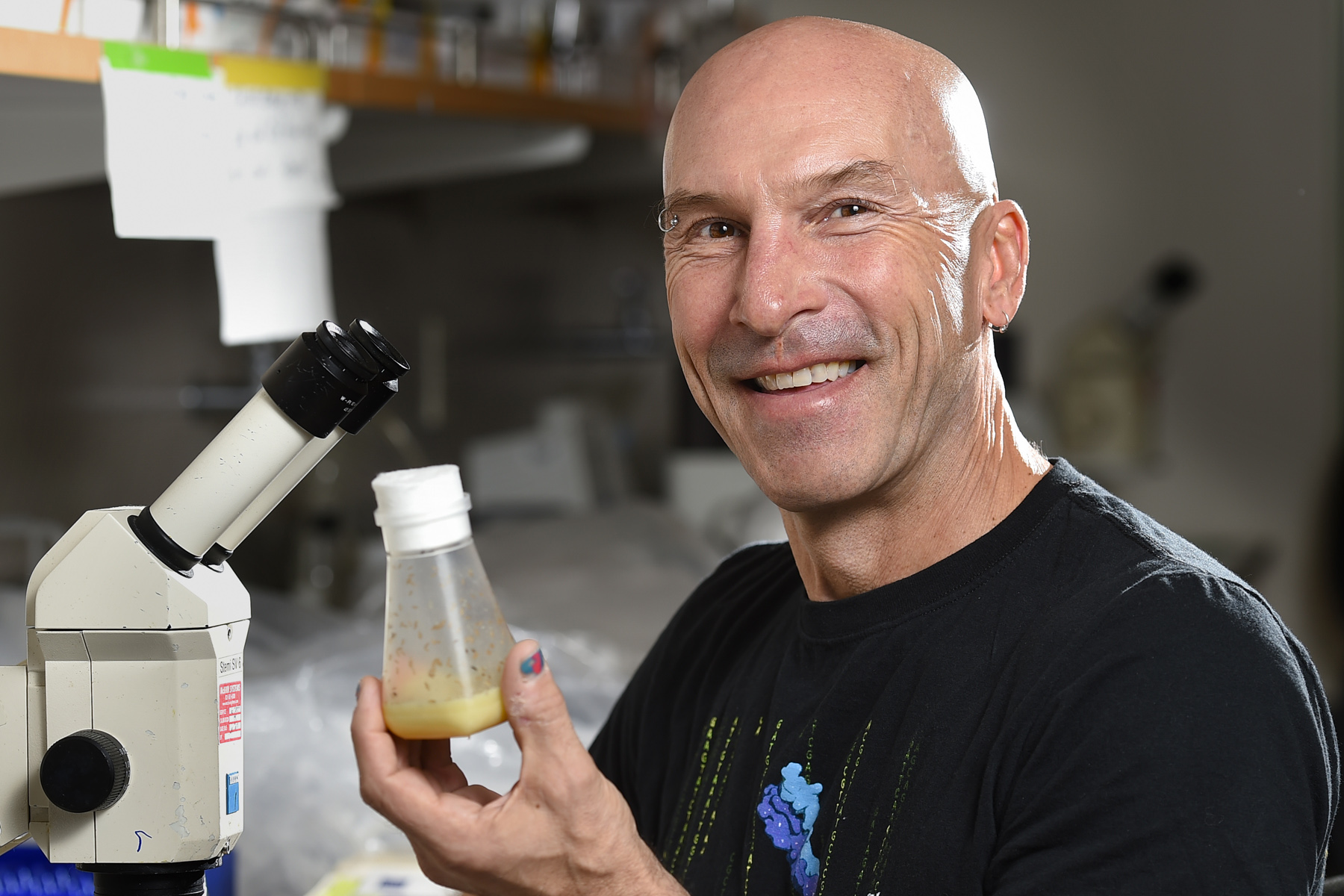 Our results show that dietary and genetic interventions sometimes have opposite effects on that acceleration in males versus females.

“We all speculate, but no one has really figured out what the cause of that acceleration is,” Tower said. “Our results show that dietary and genetic interventions sometimes have opposite effects on that acceleration in males versus females.”

What the Strehler-Mildvan relationship implies is that this equation is affected by the mixture of strong and frail individuals in a population — and that if you tweak the mixture, the mortality rates will adjust accordingly.

“There are weaker, low-vitality individuals in the population and if you kill them off, you’re left with high-vitality individuals and the population has a slow mortality acceleration with age,” Tower said. “The relationship was so striking in how robust it was in the data we analyzed. I’ve never seen numbers like that. It confirms that this is a very fundamental relationship.”

Natural selection may favor genes that kill us

Tower said that the findings would also seem to support the antagonistic plieotropy model for aging, proposed in 1957 by George Williams of Michigan State University. (Pleiotropy refers to a single gene that affects multiple physical characteristics.) In part, the model tries to explain why our bodies ultimately break down and die.

Williams suggested that natural selection might select for a gene that creates a fatal flaw later in life if it offers some significant benefit earlier — that is, if it helps individuals reproduce successfully, it’s beneficial to the species even if it does ultimately shorten the individual’s life span.

The mifespristone intervention appears to prevent such a trade-off between life span and reproductive ability — albeit, a sex-dependent one.

The antagonistic pleiotropy model has received a number of criticisms over the past half-century, including the thought if that were really the driving force behind aging, somewhere in the history of evolution, some organism should have been able to overcome it.

Tower’s study supports the idea that sexual antagonistic pleiotropy, in which a gene benefits one sex but has a detriment for the other sex, maintains genes in the genome that shorten life span of both sexes.