When David Bond MSW ’02 learned that suicide is the second-leading cause of death for teenagers and young adults nationwide, he felt spurred to action.

That passion only increased when he discovered that lesbian, gay, bisexual, transgender and questioning (LGBTQ) youths are approximately four times more likely to attempt suicide than heterosexual teens and young adults.

“When you hear stories about the reasons why LGBTQ young people are attempting suicide at such higher rates than their straight peers, it’s really about the way people are treated in society,” said Bond, who earned his master of social work degree at USC.

Young people who identify as sexual minorities may experience hateful or marginalizing language, rejection and even violence, he said, and they often don’t have a community or support system to rely on for help, especially if they have yet to disclose their LGBTQ status to others.

Bond’s interest in suicide risk brought him to the Trevor Project, a national crisis intervention organization that offers a hotline and chat and text messaging services to young LGBTQ individuals who are contemplating suicide. As vice president of programs, he recently forged a partnership with researchers at the USC School of Social Work to evaluate how the project might be able to improve its crisis services.

“David has been a big instigator to help them move toward an academic understanding of how to serve the population better,” said Assistant Professor Jeremy Goldbach, who is leading the one-year $168,000 evaluation project. “They are dealing with these silent struggles. How do we learn from them to find out what their needs are?”

On the day his class was scheduled to discuss post-traumatic stress disorder, the Sept. 11 attacks on the World Trade Center occurred. Bond spent much of the class with his colleagues trying to process and make sense of their reactions.

I developed a real fascination with how people deal with trauma.

“I developed a real fascination with how people deal with trauma,” he said.

After studying how individuals respond to events such as natural disasters, terrorism, violence and abuse, Bond spent seven years as a clinician and clinical supervisor in pediatric health care, specializing in working with young survivors of trauma. He traveled to the Indian Ocean in 2004 following the major tsunami there, helping local social workers develop protocols for post-disaster interventions with children.

A shift to leadership

He eventually accepted a clinical position in San Diego, where he began supervising social work students and launched a private practice. After a few years, Bond said he realized he enjoyed teaching and supervising more than clinical work. He shifted his focus to leadership roles and spent time working with various youth development programs throughout the country, particularly in juvenile detention, school and health care settings. 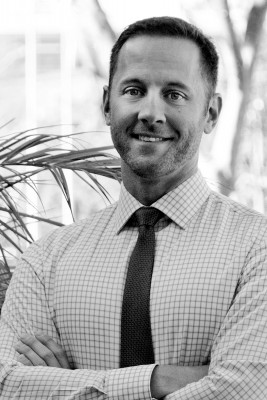 “I started to get really interested in suicide prevention,” he said. “It’s one of the leading causes of death for individuals aged 10 to 24, and yet it is terribly underfunded.”

His interest in the topic drew him to his current role at the Trevor Project, which is considered the top crisis service provider for LGBTQ youths in the country, engaging in more than 50,000 interactions with individuals in crisis each year.

“One of the biggest reasons they recruited me was to take an evidence-based approach to treatment and intervention,” Bond said.

The organization had not been involved in research or evaluation of its crisis services, he said, and wanted to begin developing a research program in collaboration with an institution that had relevant expertise and resources.

After the project solicited proposals for a comprehensive evaluation, he said Goldbach’s approach emerged as the clear winner.

“I had to try to put my bias aside, but the USC proposal was truly the best one,” he said.

As part of the evaluation, Goldbach and his team are surveying 600 randomly selected individuals who engage with the Trevor Project to explore issues such as intent to commit suicide, family rejection and presence of supportive peers.

Goldbach said in addition to generating strategies to improve the organization’s crisis services, the project may also open the door to other research initiatives.

“I think part of why they chose to go with USC is because they want to form a longer-term partnership,” he said. “The hope is with what we learn from this evaluation, we may have some other avenues we can pursue in collaboration.”

Bond agreed, noting that the Trevor Project has a wide array of data on what can be a difficult population to access, and USC has a proven capacity to conduct research on issues related to individuals in crisis.

Ultimately, both Bond and Goldbach are hopeful they will be able to build a successful and sustainable partnership that ensures LGBTQ youths in crisis receive the support they need while providing valuable research opportunities to improve those services and other programs.

“That’s the balance I’m trying to strike and why it’s so helpful that David is such a strong clinician,” Goldbach said. “He is a true success story for the School of Social Work. He’s a testament to the types of graduates we develop.”

The Trevor Project offers a hotline and text-messaging services to individuals in need.

Adolescents with moderate emotional health problems do not smoke, but they may vape, USC study finds.