Come spring, students will have an opportunity to study gerontology topics in one of the world’s most interesting places: Israel.

The program’s first course — the result of a new partnership between the USC Davis School of Gerontology and The Interdisciplinary Center in Herzliya, Israel (IDC Herzliya) — will be “The Psychology of Aging,” which will be open to undergraduate and graduate students from USC and IDC. The three-week course, held at USC during the first week and in Herzliya thereafter, will be taught by USC Professor Mara Mather.

During the course, students will learn about the cognitive, personality, adaptive and social processes taking place throughout the adult life span as well as current gerontology theory and research. Several guest lecturers from Israel’s gerontology, psychology and neuroscience communities will also present material throughout the course.

Engulfed by the ‘silver tsunami’

Israel provides a unique venue for the study of aging, Mather said. While its population is relatively young compared to many other developed countries, it is aging more rapidly than many of its counterparts. Thus, Israel can serve as an example for other nations working to adapt to the “silver tsunami,” or the outnumbering of young people by older adults that is projected to affect nearly every country in the coming decades. Additionally, members of Israel’s older generation have experienced the country’s founding, several waves of immigration and other major events affecting health and well-being throughout their life histories.

Jewish tradition … considers old age a virtue and a blessing.

“Jewish tradition provides another fascinating layer to the context of aging in Israel, as it considers old age a virtue and a blessing in contrast to the negative attitudes prevalent in developed countries,” Mather said. 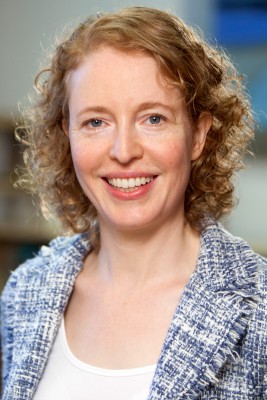 Helping the world’s aging population lead longer and healthier lives is one of the biggest problems of the 21st century and is a key issue, said USC Davis Dean Pinchas Cohen. The school’s efforts in Israel will eventually include summer courses and scientific collaboration involving faculty members and postdoctoral researchers from USC and universities throughout Israel.

“USC is known globally as a leader in gerontology,” Cohen said. “This course in Israel will build upon the Davis School’s growing global aging efforts in countries such as Italy, China, Singapore and others.

“Participation in the course will lend itself to transformational experiences not only in the classroom but in the field.”

The course will take place May 16-June 3. Students interested in signing up can contact USC Davis Admission Counselor Sade Ojuola at (213) 740-1728 or ojuola@usc.edu.

By reaping the wisdom of seniors, children boost their social standing, well-being and academics.

USC to team on gerontology course with Israel, home of the ‘silver tsunami’