USC researchers have not unlocked the key to keeping you from sleeping through your 5 a.m. spin class or avoiding the 4 p.m. trip to the vending machine.

But John Monterosso, a USC expert on the psychology and neuroscience of self-control as well as addiction, can offer insight on how to create more calculated resolutions — and keep yourself from going too far with a resolution that’s making you miserable.

“I don’t think any research on the topic is going to work like an advance in engineering — like ‘Aha! If people do this or take this pill, they will keep their resolutions,’ ” said Monterosso, associate professor of psychology. “Realistically, what psychologists and neuroscientists are trying to do is learn how resolutions work.”

Monterosso, who leads the USC Dornsife’s Addiction and Self Control Lab, explained that a resolution can be thought of as a special kind of plan.

“But what is special about a resolution is that it is made in response to a very particular anticipated obstacle —one’s future self,” he said. “You think, ‘I want to quit smoking now, but I know I might go back on that in the future.’ The resolution is supposed to guard against this happening.” 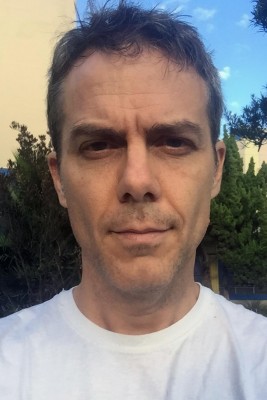 Monterosso suggested that one think of the resolution as a message you are sticking in a bottle and throwing out to your future self.

“ ‘I know at some time that donut is going to seem like a good idea,’ you might say to your future self. ‘But don’t eat it,’ ”  Monterosso explained. “The hope is that when donut-smells fill your senses and your mouth begins to water, you will not only remember the resolution, but you will also care enough to feel bound by it.”

Or maybe not. Monterosso suggested resolutions may sometimes go too far.

If it’s a fresh-baked donut from a world-famous pastry shop, it may be worth the indulgence. “Not all resolutions are good — some are counterproductive and even unhealthy,” Monterosso said.

When making your resolutions in the next two weeks, Monterosso suggests you keep these six essentials in mind:

• Failed resolutions are not harmless. It feels bad to fail and undermines our confidence in our resolve, which can make us less able to succeed in keeping a future resolution.

Studies show that in some cases failure leads to worse behavior. Think of the recovering alcoholic who slips up, feels all is lost — and therefore disengages from any restraint, going on an extended bender.

Successful resolutions guard against this logic by making the temptation an important test case. One thinks, “I resolved to quit. If I give in and smoke the cigarette, then my resolution is out the window.” If one takes a resolution seriously, the health implication of the single cigarette feels significant, and the decision no longer feels like just this one.

• Consider being less ambitious in your resolutions. People tend to be wildly overconfident about a behavioral change at the time when they make a resolution. Even in an area in which we have a long history of failed resolutions, we often feel almost bizarrely optimistic that this time will be different.

The problem with overconfidence is that it can lead to setting unrealistically ambitious resolutions. An hour of yoga per day may not be realistic if your life is already packed with obligations. If it is not realistic, then resolving to do it is worse than worthless, given the potential harm from failure. Setting a good resolution requires knowing yourself well.

Similar to a contract between distinct people, a personal resolution that is not specific can’t be enforced. Instead, try making a more specific resolution such as, “I will not raise my voice with my spouse.”

• The New Year is a fresh start. While we tend to be overconfident when making resolutions, that confidence can leave us later when we feel tempted. We remember other failed resolutions, and the goal often feels out of reach, leading to ‘oh-the-heck-with-it’ moments in which we succumb to temptation.

It helps if there is something to set the recent resolution apart from unsuccessful ones that came before it. A New Year’s resolution can accomplish this because we perceive Jan. 1 as a fresh start, meaning past failures might not seem as damning. After all, they are the failures of last year’s you.

• Even successful resolutions can be mistakes. People can get so uptight and over-resolved that they continue sticking to things that are costly to themselves and to others. Whether it is restricting eating to the point of starvation, exercising to the point of bodily harm or saving money to the point you never enjoy spending it. In any domain, resolutions can go too far. Again, it comes down to judgment — to wisdom — and knowing yourself.

So are resolutions even a good idea?

“I think at their best, resolutions play a role in great human achievements,” Monterosso said. “But, they can cause suffering, as well. It pays to be thoughtful in how they are used. Good resolving is a bit of an art.”

The future is now: reining in procrastination

By thinking in terms of days instead of years, we’re more likely to achieve our goals, researchers find.

The testimonies of Holocaust survivors help scientists map the brain circuitry of their subjects.

If life unfolds as expected, we don’t have to think, which liberates our cognitive capacity. But there’s a downside to that.