USC’s impressive collection of thriving arts schools makes it unique among the nation’s top research universities. Here are some of the highlights of the arts, visual arts and more from 2015. 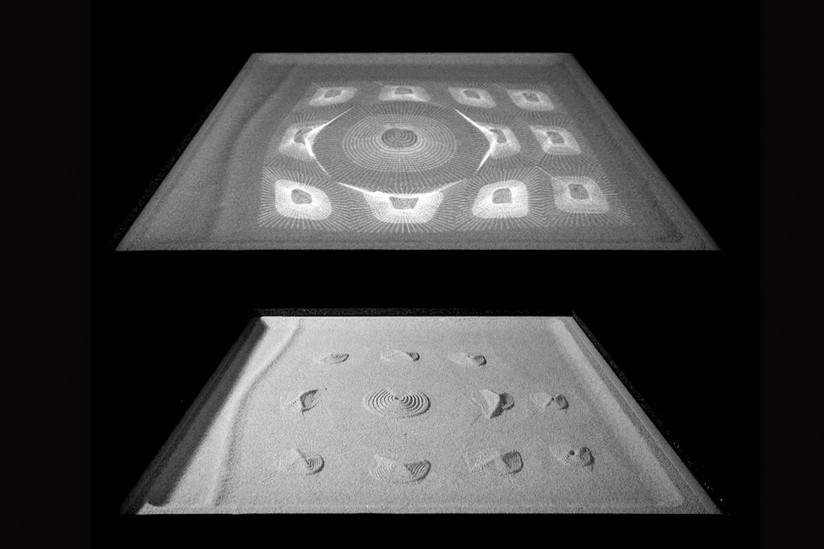 Alexander Robinson, a USC School of Architecture assistant professor, was awarded the 2015-2016 Prince Charitable Trusts Rome Prize in Landscape Architecture. Robinson describes his Rapid Landscape Prototyping Machine as “an interactive arcade-style machine that lets you ‘play’ sculptural infrastructural landscapes and tune them to your preference.” Pictured is an image from his Owens Lake Studio study. 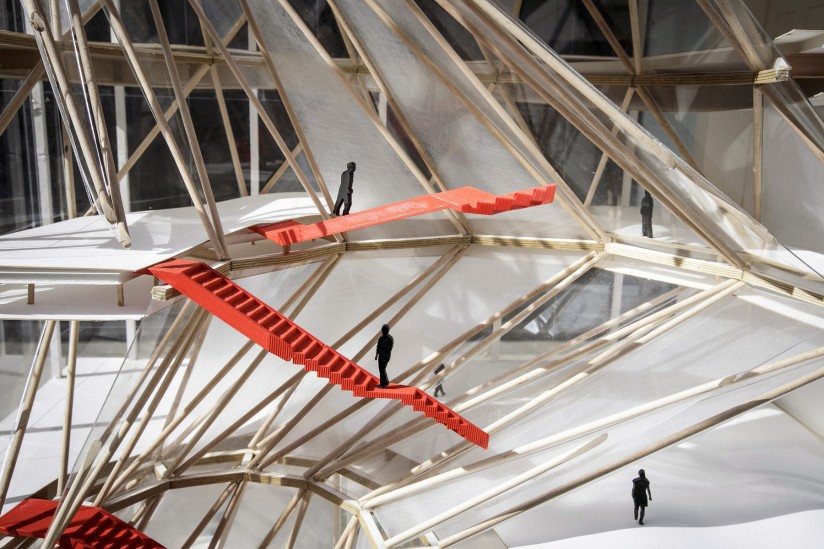 The final studio reviews at the USC School of Architecture were rebranded in the spring: The two days of reviews are now called EXPO, and followed a week of panel discussions and exhibitions. A detail of a student’s project is shown. 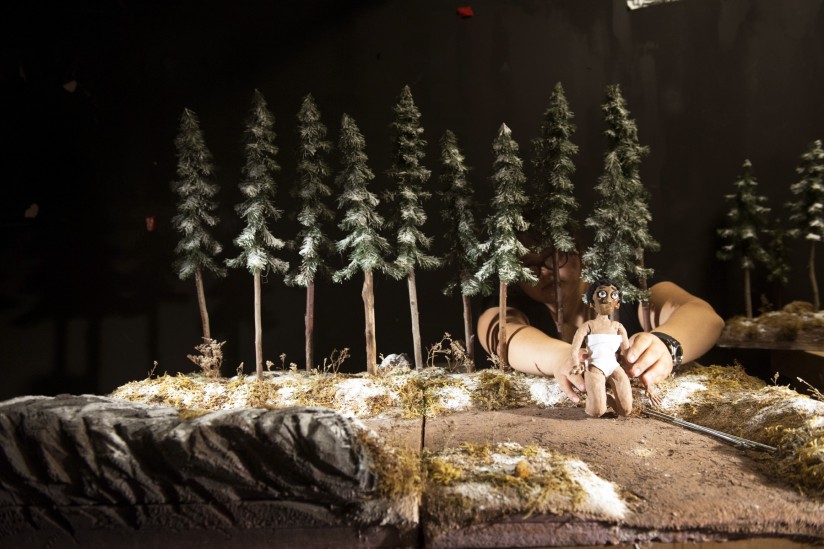 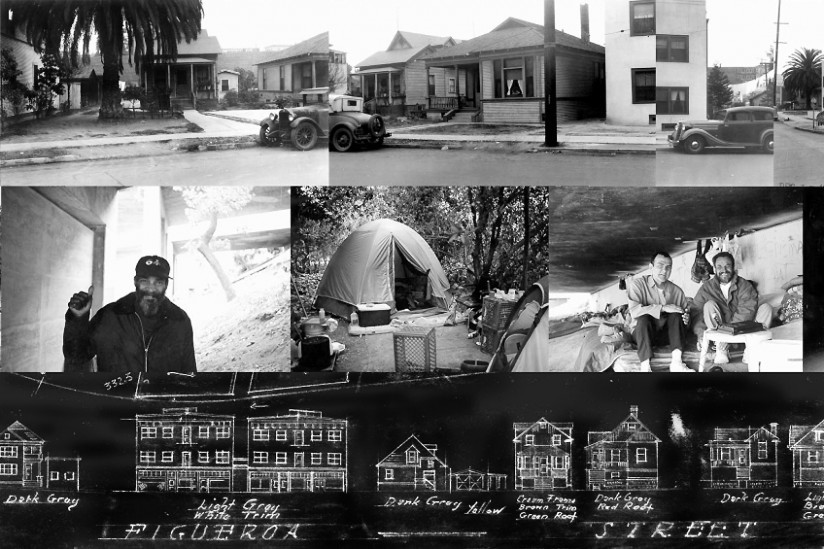 With words, interactive maps, archival images and video, Philip J. Ethington, professor of history and political science, has spent the last 15 years sifting through the layers of the many tangled histories of Los Angeles to create a multimedia book, Ghost Metropolis. 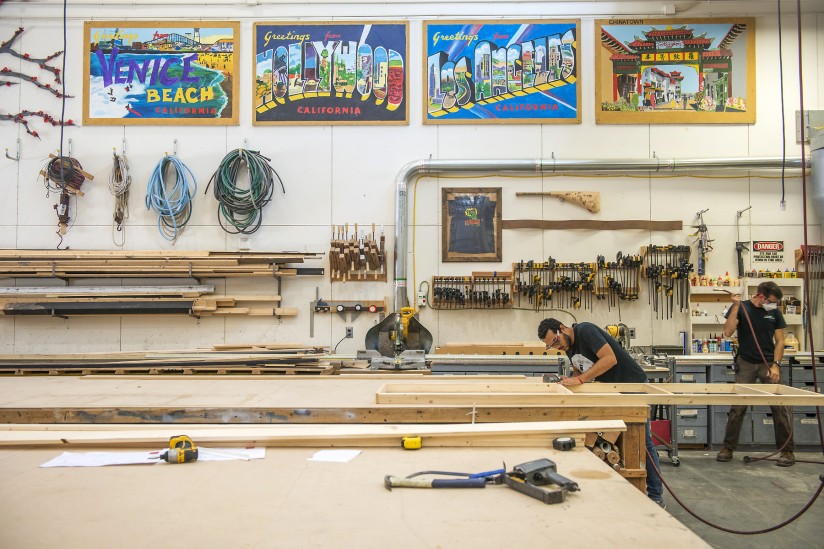 It takes plenty of work in the USC School of Dramatic Arts’ scene shop to make those productions look so good. Postcard-inspired images on the wall provide inspiration. 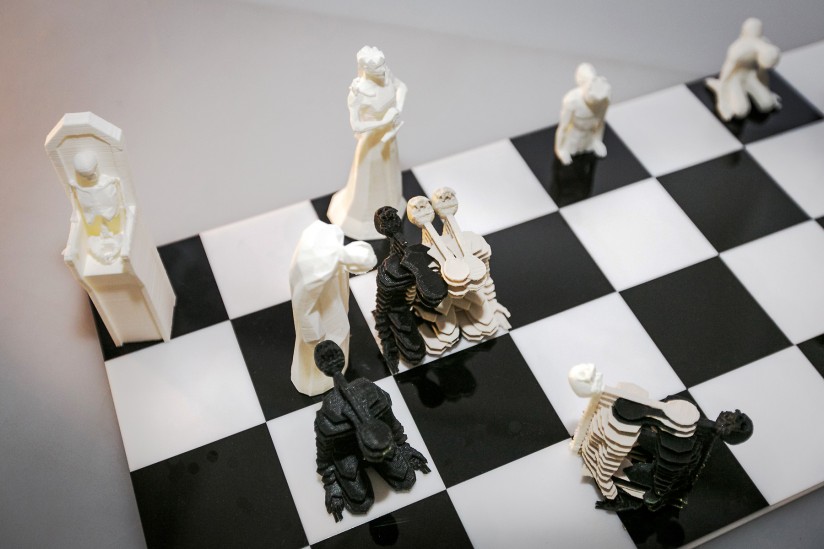 On the chess board at the USC Roski School of Art And Design’s Open Studios are 3-D printed “cannibal chess” pieces: When you capture an opponent’s piece, you gain their power.

Why don’t you ask him what’s going on? 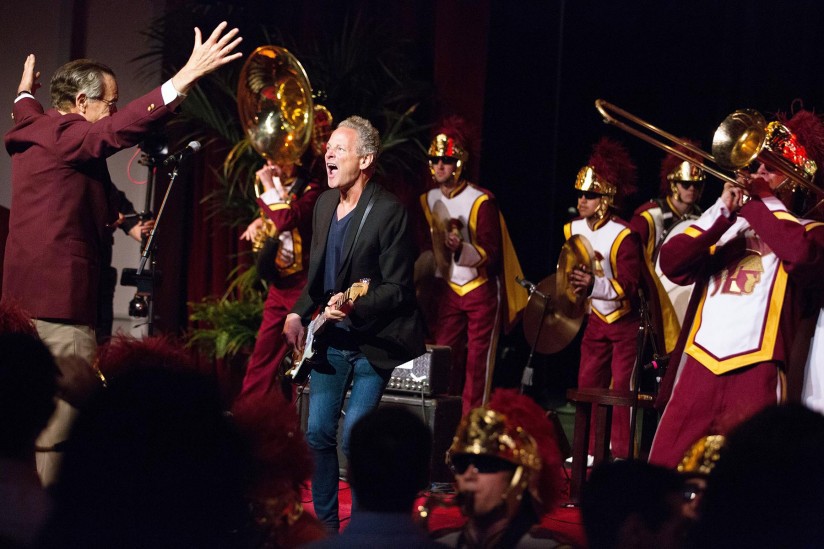 OK, it was technically a business class, but when a performer like Lindsey Buckingham pulls out his guitar and starts performing, it counts as arts, too. After talking about entreneurship to David Belasco’s BAEP 470 class, “Taking the Leap,” the Fleetwood Mac legend was joined on stage at Bovard Auditorium by USC Trojan Marching Band for a rousing rendition of “Tusk.” 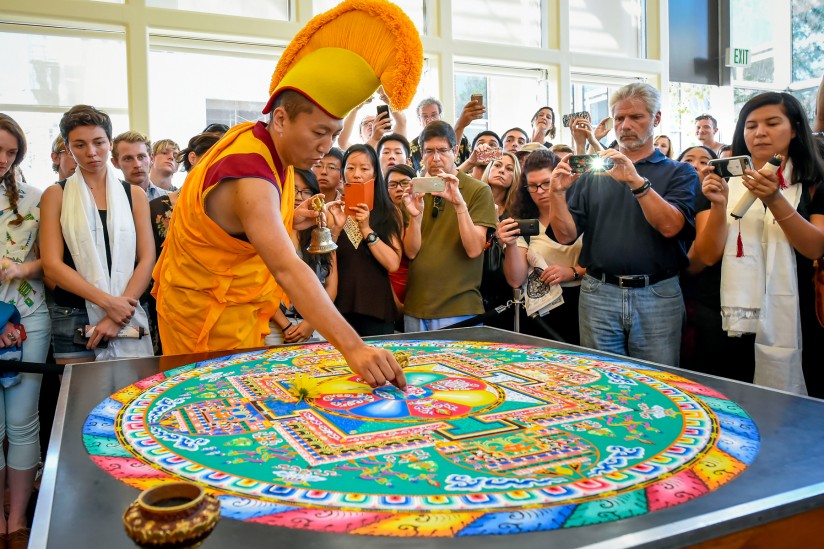 Tibetan monks of the Drepung Loseling Monastery for the mystical conduct a dissolution ceremony, the dismantling of the sand painting called a mandala, as part of a September event by USC Pacific Asia Museum and the University Religious Center. The mandala is a Tibetan Buddhist tradition that involves the creation and destruction of paintings made from colored sand. 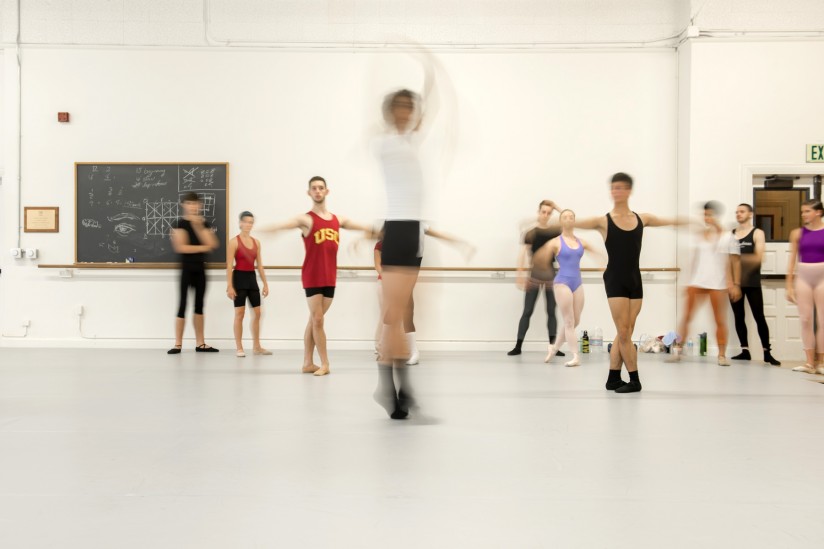 Fall 2015 marked the arrival on campus of the first class of the USC Kaufman School of Dance. While the school’s new building is under construction, classes are being held in the Physical Education Building. 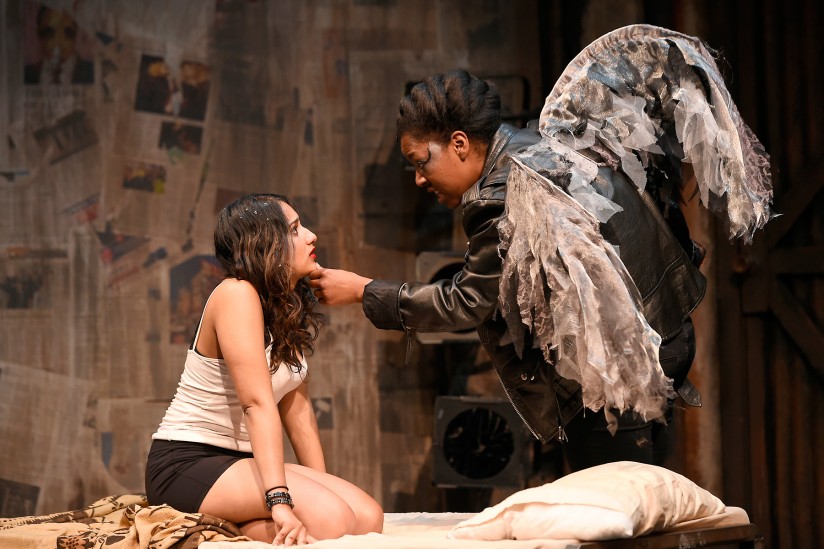 La Rose Washington, right, as The Angel, swoops down to confront Anisha Jagannathan, as Marisol, in Jose Rivera’s play Marisol. The apocalyptic urban fantasy was performed by the USC School of Dramatic Arts in November at the McClintock Theatre.

From health and science to politics and, of course, football, here are some of the stories you made among our most popular.