From medical research to scholarships to new residential colleges, USC’s trustees, alumni and friends are investing in the university’s future. Here are some of the major gifts that shaped USC in 2015. 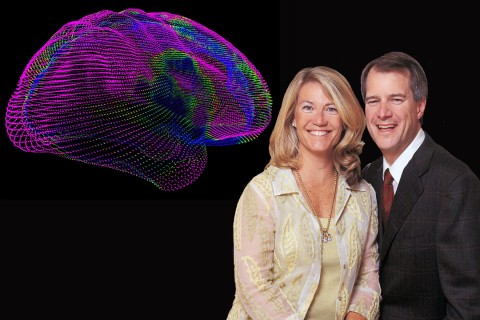 The USC Mark and Mary Stevens Neuroimaging and Informatics Institute will bring together scientists from around the world to further understanding of the brain. Longtime benefactors Mark and Mary Stevens’ $50 million gift will accelerate the institute’s already dramatic progress toward mapping the healthy brain and illuminating neurologic diseases such as Alzheimer’s and schizophrenia. The visionary gift promises to improve the lives of millions of people worldwide by speeding the translation of basic research into new therapies, preventions and cures. 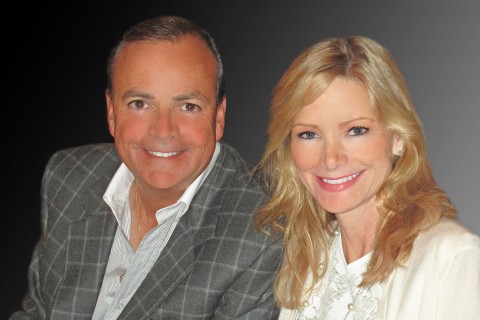 USC Trustee Rick J. Caruso and his wife, Tina, have donated $25 million to name the USC Tina and Rick Caruso Department of Otolaryngology – Head and Neck Surgery. (Photo/Courtesy of the Caruso family)

Inspired by their daughter’s successful treatment of early onset of mild to moderate hearing loss, Rick and Tina Caruso donated $25 million to endow and name the USC Tina and Rick Caruso Department of Otolaryngology — Head and Neck Surgery, one of the nation’s largest and most highly ranked for research and treatment of diseases of the ear, nose and throat. Their gift also names and endows the department’s affiliated treatment center for young children with severe hearing loss, enabling expansion of its leadership as the region’s top resource for testing and therapies that enable children to hear. 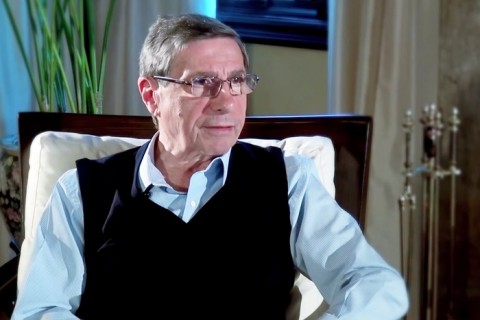 Entrepreneur Norbert Gehr was diagnosed with myeloid leukemia two years ago. (Photo/Courtesy of the Gehr family)

Entrepreneur and industrialist Norbert Gehr lost his battle with leukemia, but his family foundation’s $20 million gift to support USC Norris Comprehensive Cancer Center will help others fighting the disease. The funding advances research into diseases that precede leukemia, as well as acute myeloid leukemia. Gehr was a longtime patient of Keck School of Medicine hematologists Donald Feinstein and Casey O’Connell, as well as David Goldstein, chief of the Division of Geriatric, Hospital, Palliative and General Internal Medicine. 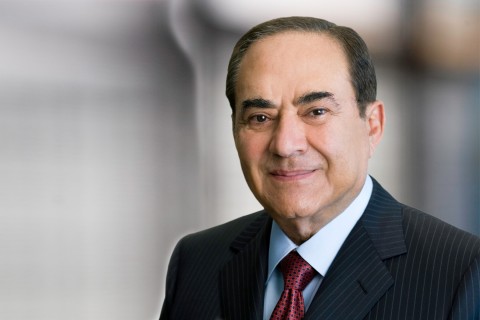 As USC Village took shape this year, two major gifts endowed residential colleges. USC Trustee Ray Irani pledged $20 million to the university, of which $15 million will create the Ray Irani Residential College at the new USC Village. The additional $5 million will endow two faculty chairs and establish a student support fund. An anonymous donor gave $15 million to endow a second residential college. Irani College and the other eight residential colleges will be supportive communities that integrate living, learning and extracurricular activities. The residential-retail center, which will house up to 2,700 students on the north side of the University Park Campus, is the most expansive development project in the history of south Los Angeles. 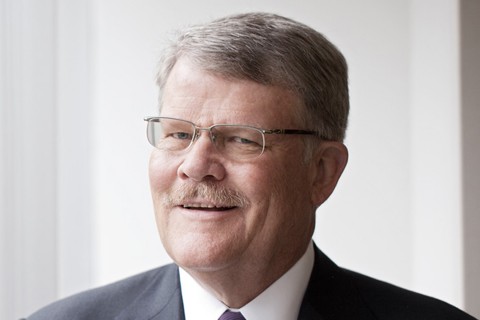 James R. Parks has donated $15 million to the USC Leventhal School of Accounting. (Photo/Courtesy of the USC Marshall School of Business)

Student scholarships, facility improvements and faculty research at the USC Leventhal School of Accounting got a boost from a $15 million gift from business leader James R. Parks. The gift was the accounting school’s second largest, after the original Elaine and Kenneth Leventhal naming gift, and will endow a faculty chair, fund scholarships and help renovate the accounting building. In recognition, the highly regarded Master of Business Taxation Program was renamed for Parks and his late wife, Jennifer. The Jennifer and James R. Parks Chair of Taxation, funded with $3 million of the gift, is the tenth endowed chair at USC Leventhal.

A focus on medical ethics

The creator of the medical school’s first class in bioethics augmented his legacy with a $12 million bequest to fund scholarships and an endowed chair in medical ethics at the Keck School of Medicine of USC. The late Norman Levan, USC professor emeritus and former chief of the Department of Dermatology, pioneered medical ethics education at USC, which ultimately led to required ethics classes for medical students. An alumnus who graduated from the medical school in 1940, Levan supported USC for decades. His gifts to the university, including this bequest, total $20 million. 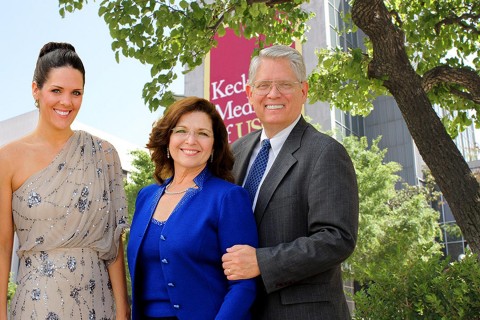 Tessa Stephenson Brand, Toni Stephenson and Emmet Stephenson, from left, have pledged $10 million to the Keck School of Medicine of USC. (Photo/Courtesy of the Stephenson family)

Changing the way cancer is viewed and treated may hold the key to a cure. Entrepreneurs Emmet and Toni Stephenson and their daughter Tessa Stephenson Brand donated $10 million to further research on personalized cancer treatments through the Stephenson Family Personalized Medicine Center at the Center for Applied Molecular Medicine at the Keck School of Medicine. Their donation supports the work of David B. Agus, a professor of medicine and engineering at USC and one of the world’s leading cancer doctors. They hope that the personalized and experimental treatment he provided for Toni Stephenson’s lymphoma will help others fight the disease. 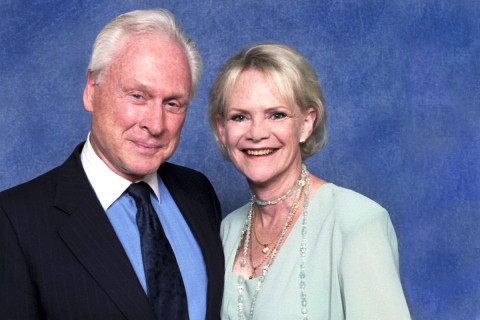 Malcolm and Barbara Currie have given $10 million toward the endowment of the Keck School of Medicine of USC and construction of the USC Michelson Center for Convergent Bioscience. (Photo/USC Libraries)

USC’s efforts to bring science and engineering together to improve lives were recognized with a $10 million gift toward the endowment of the Keck School and construction of the USC Michelson Center for Convergent Bioscience from USC Trustee Malcolm Currie and his wife, Barbara. The Curries’ gift will be recognized with the naming of the new 450-bed Health Sciences Campus student residence hall that will open in 2016. A few miles west at the University Park Campus, the lobby of the USC Michelson Center will also bear the Currie name. 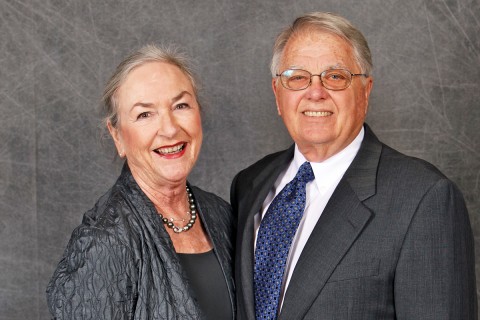 Nancy and Jerry Neely are longtime USC supporters. (Photo/Courtesy of the Neelys)

Leadership and ethics classes are already among the most popular with students at the USC Marshall School of Business, and the new USC Jerry and Nancy Neely Leadership and Ethics Institute will create a new focal point for the study of these important subjects. USC Trustee Jerry Neely and his wife Nancy endowed the new center with a gift of $10 million toward advancing the development of ethical business leadership within the framework of the global. 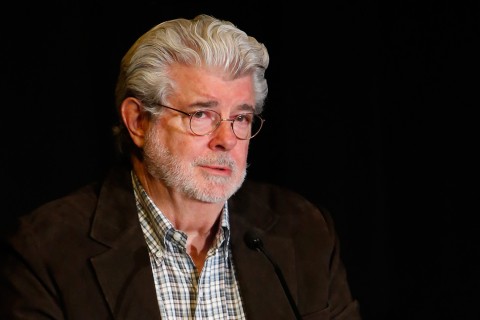 The George Lucas Family Foundation is helping Hollywood more broadly reflect society by spurring the creative spark of budding storytellers at USC. A $10 million endowment from the foundation will help recruit talented USC School of Cinematic Arts students from communities underrepresented in the entertainment industry. The gift is the largest single donation for student support in the school’s history. Scholarship awards will be split equally between male and female students, who will be known as George Lucas Scholars or Mellody Hobson Scholars. 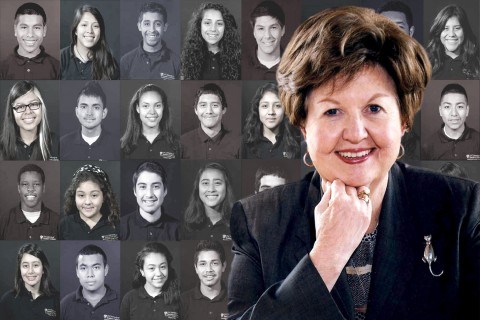 Building bridges to a university education

Hundreds of inner-city Los Angeles teens have mastered the skills — and earned the grades — to go to college in the last 24 years through the USC Neighborhood Academic Initiative. Now, the initiative will grow dramatically thanks to a $5 million gift from USC Trustee Joan Payden. Known as NAI, the initiative will expand to reach some 1,100 sixth-through-12th-graders by 2020, including 600 additional children and teens in the neighborhoods near USC’s Health Sciences Campus. 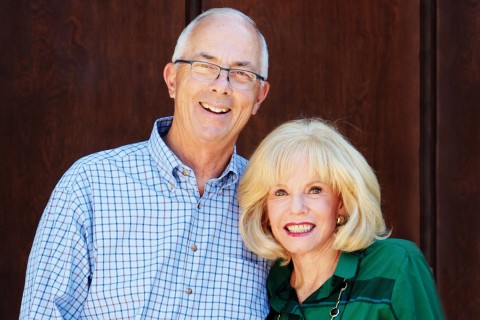 J. Kristoffer and Jane Popovich have pledged more than $20 million to USC. (Photo/Courtesy of the Popovich family)

Bringing research to the patient’s bedside

Helping to bridge the gap between basic science research and patient treatment, USC Trustee Kris Popovich and his late wife Jane Hoffman Popovich pledged $4 million to create the Jane and Kris Popovich Chair in Cancer Research at the USC Norris Comprehensive Cancer Center. The endowed faculty chair will help to advance cancer research on the center’s greatest priorities in basic and translational research.

More stories about: Campaign for USC, Year in Review 2015

With Krampus-based movies, comic books and festivities growing in popularity, the scary Alpine holiday legend has gained a firm foothold in America.