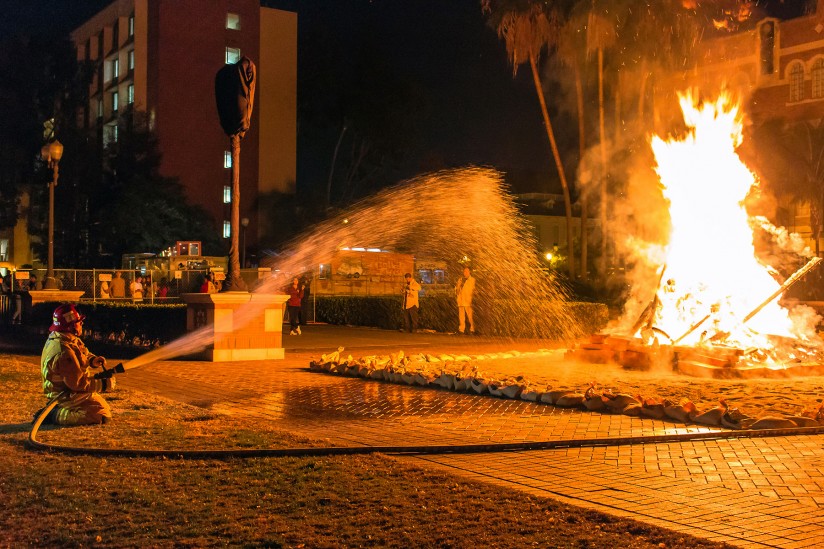 The bonfire is one of the highlights of the annual Conquest pep rally that precedes the USC-UCLA football game, but it has to be put out. Here, Los Angeles firefighters do the job; the Trojans shut down the Bruins a few days later.

Station on the street 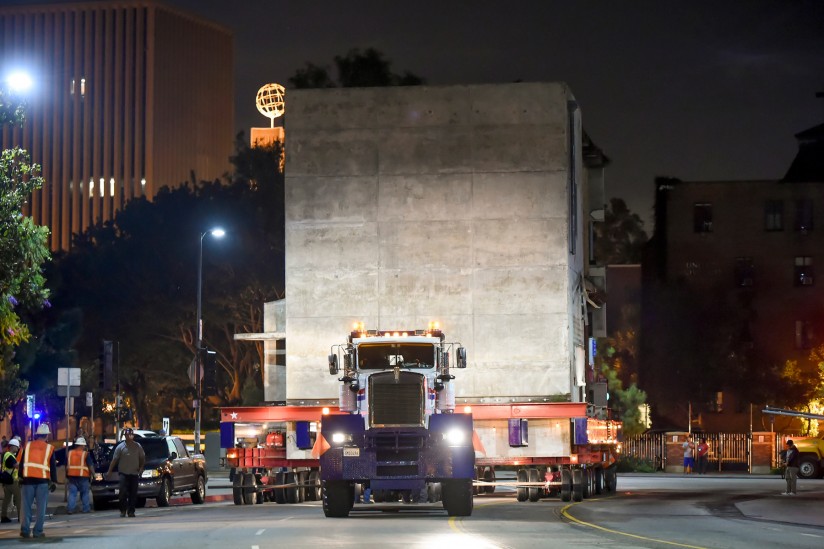 For decades it provided USC and the University Park neighborhood with fire services, but Fire Station No. 15 had to move to make way for the USC Village development. Late on Oct. 5, a major piece of the building took to the streets, heading to its new home next to the Robert Zemeckis Center for Digital Arts. It will be repurposed into a production studio. 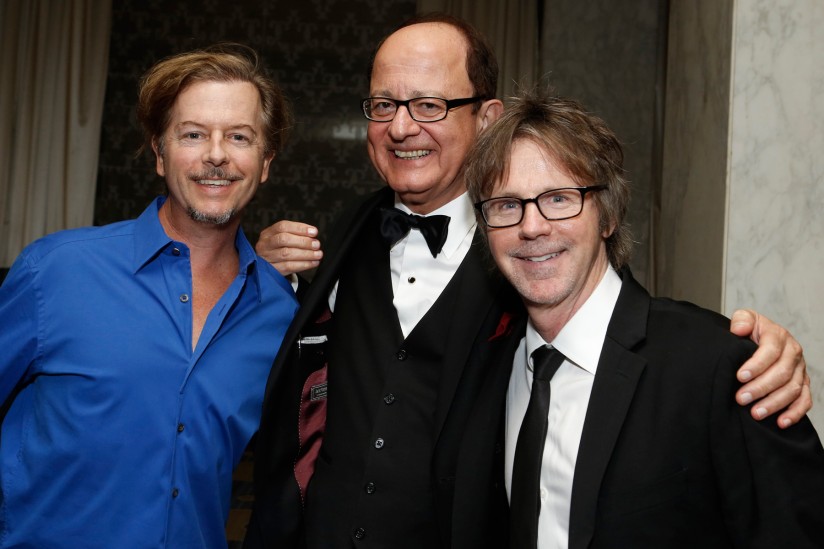 One of these three is not like the other, but that’s what makes it interesting. USC President C. L. Max Nikias, center, paused with comedians David Spade, left, and Dana Carvey at the USC Norris Comprehensive Cancer Center gala in October. They shared a laugh but the event was no laughing matter, raising more than $2 million and honoring philanthropists Dana and David Dornsife, after whom the USC Dornsife College of Letters, Arts and Sciences is named.

Letter to a loved one 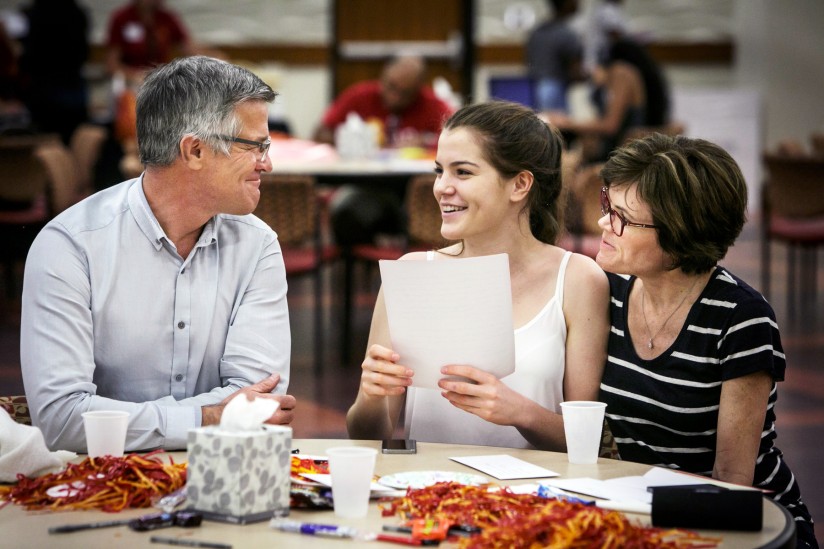 Welcome Week at USC is full of traditions, perhaps none more bittersweet than freshman letters: Parents write a note to their new student, to be delivered by the second week of classes. Here, Rean Van Niekerk shares a moment with his daughter, Cara, and wife, Alice, as they read a letter he wrote to son Matthew, a new computer science major. 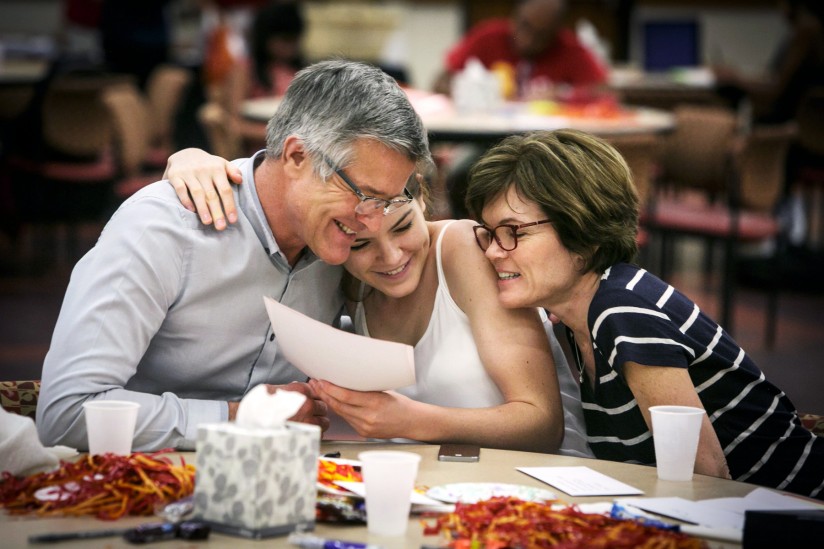 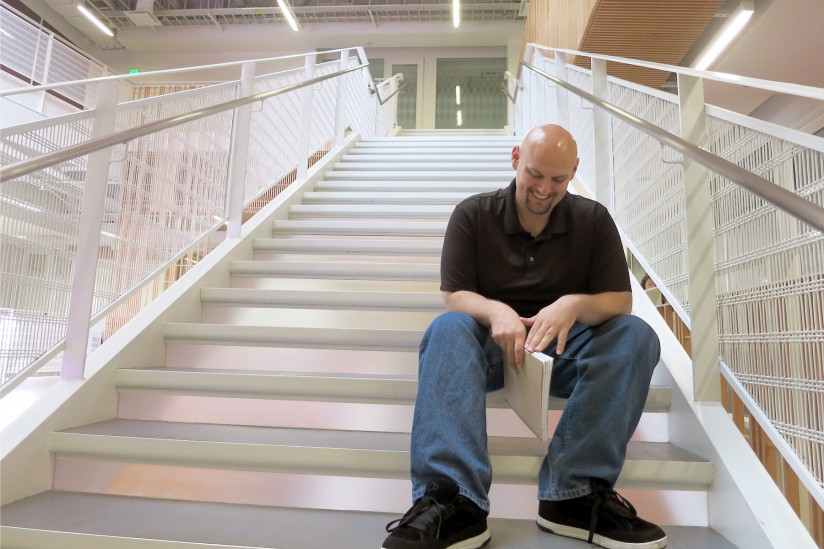 Stephen Guy, who had no formal schooling beyond the third grade, sits at Wallis Annenberg Hall. (USC Photo/Lynn Lipinski)

Everyone’s path to USC is different, but Stephen Guy sometimes can’t believe he made it here. Guy transferred this fall from a community college into the USC Annenberg School for Communication and Journalism. Admission to a prestigious program like USC Annenberg’s had been the communication major’s dream — a lofty one considering he had no formal schooling beyond the third grade.

Looking ahead, and up 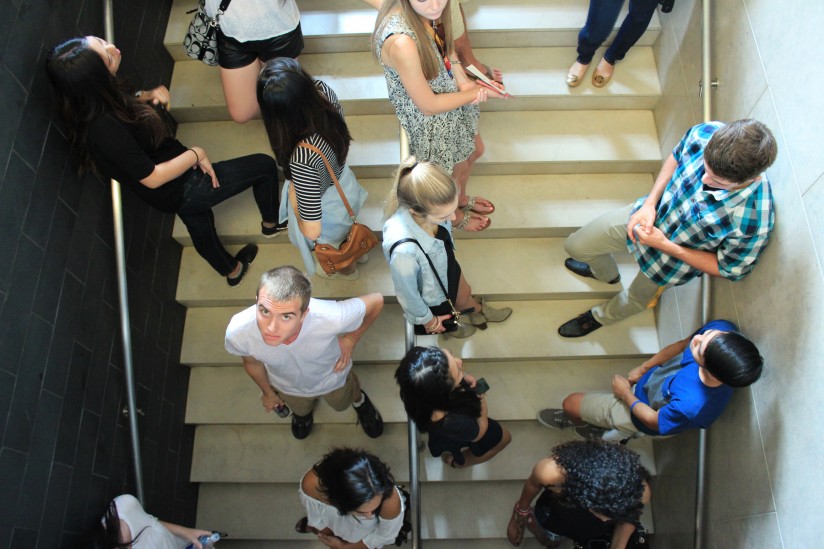 At a university steeped in traditions, this is the one that gets everything started: the fall New Student Convocation. But before the dramatic official welcome into the Trojan Family, there’s a line. Here, new students wait at Sample Hall to take that first walk as Trojans. 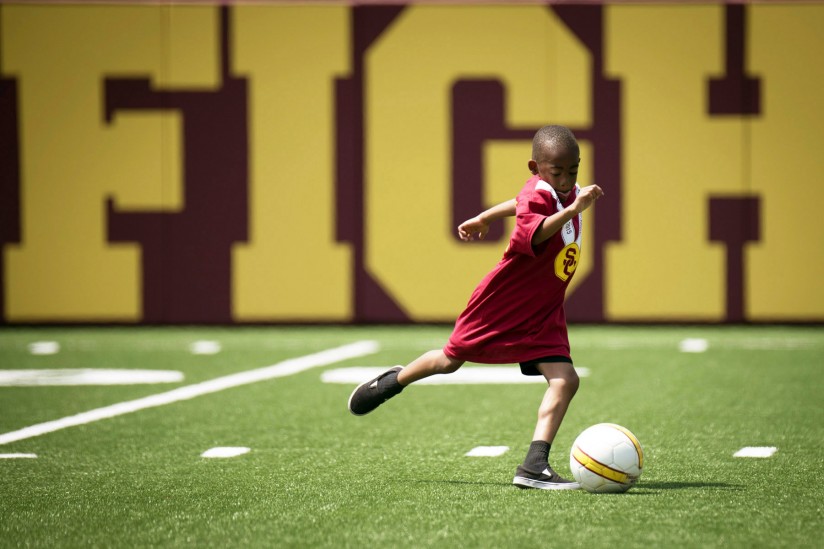 The USC Athletics Department works year-round with youngsters from around the USC campuses. This summer’s activities included Trojan Games, in which kids teamed up with USC sports standouts for football, soccer and more, before heading to the Special Olympics World Games. 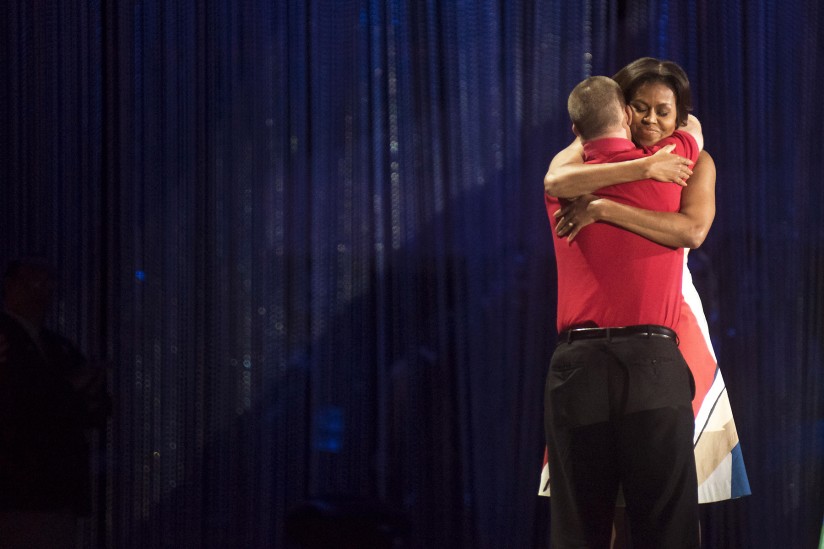 The Special Olympics World Games — the largest sporting event in the world in 2015 — brought athletes and spectators to USC and the Los Angeles Memorial Coliseum for a week of healthy competition, and maybe even a hug from first lady Michelle Obama during the opening ceremony. 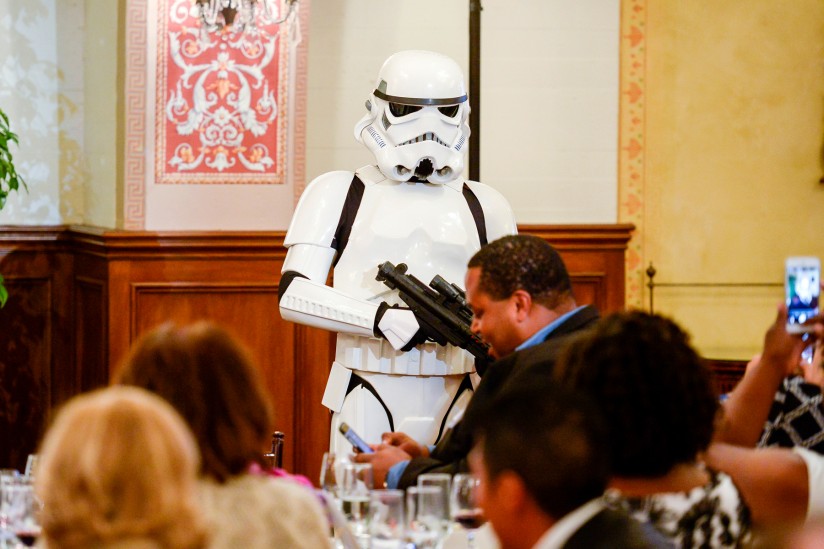 Sometimes you need to call in the big guns where they’re least expected — like a Star Wars storm trooper at the Neighborhood Academic Initiative gala. The event honored Joan Payden for her $5 million gift to expand the innovative college-access program.

With Krampus-based movies, comic books and festivities growing in popularity, the scary Alpine holiday legend has gained a firm foothold in America.

Although donating money to charity on behalf of a friend may seem like a thoughtful and altruistic act, USC’s Lisa Cavanaugh found the recipient is likely to view it as self-serving and inconsiderate.