For someone who preaches the value of disruption, Randy Glein MS ’90 is one put-together guy. Clean cut. Pressed dress shirt. Slacks.

A venture capitalist with a golden touch that has landed him on Forbes’ “Midas List” three years running, Glein specializes in investing in what he calls “disruptive” technology leaders — hyper-growth companies like Twitter, Tumblr, Box and SolarCity that transform existing markets or create new ones through technological innovation.

These businesses are among more than 40 that Glein’s venture capital firm, DFJ Growth, has invested in since 2006 — raising close to $800 million through two funds.

As co-founder and managing director of DFJ Growth, a unit of Menlo Park–based Draper Fisher Jurvetson, Glein has amassed an enviable record making winning bets on growth-stage companies that have what he calls “market and product validation.”

We look for visionary entrepreneurs who think really big.

“These are companies that have unique technology, their product works and they are experiencing hyper-growth through rapid market adoption,” he said. “We look for visionary entrepreneurs who think really big, are pursuing massive opportunities and have positioned their companies for market leadership.”

Glein made two of his boldest bets when “the world was falling apart,” as he puts it.

That would be early 2009, when the Great Recession had settled in following the financial and subprime mortgage crises that began in 2008.

In early March 2009, DFJ Growth invested in Tesla Motors, the electric carmaker, when it was struggling for survival. Just a few months later, Glein and his partners pumped money into SpaceX, a space transport company that builds a new generation of rockets and spacecraft, and whose ultimate mission is to colonize Mars.

These bets turned out to be huge successes, as both companies have soared under the leadership of billionaire founder Elon Musk, who also founded SolarCity and PayPal.

Glein, a Michigan native who earned a bachelor’s degree in electrical engineering with high honors from the University of Florida and an MBA from UCLA, loves sports metaphors — not surprising, since he is a near-scratch golfer and March Madness nut.

“If you bat .300 in baseball, you’re a Hall of Famer,” said Glein, whose resume before joining DFJ in 2002 includes being a satellite communications engineer with GM Hughes Electronics, an executive at DirecTV during its startup and chief financial officer of FeedBurner, a tech startup acquired by Google.

“In early-stage venture capital, if you bat .500, you’re a perennial All-Star,” Glein said. “In growth-stage investing, you need to hit closer to .800 or .900. That’s a pretty high bar, and you still need to hit some home runs now and then to stay in the game.”

For all his success, Glein isn’t afraid to fail.

“You don’t have to like it, but you do have to learn from it,” he said. 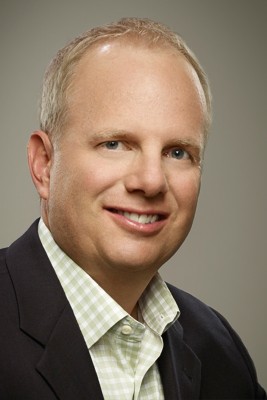 “As a venture capitalist, you’re not just picking and choosing who to invest in, you’re also selling yourself all the time,” Glein said. “The best entrepreneurs have a choice which [venture capital firm] they want to work with.”

“From the outside you look in and think, ‘Man, what a life: These guys go around, they invest in some companies, some of the companies make it big, they make a lot of money and go hang out on the beach or whatever,’ but it’s a really hard and demanding profession.”

“You’re never off. You are always ‘on,’ trying to help your companies succeed in a dynamic environment. There’s always something new and innovative that’s changing the world and disrupting what you’ve just done.”

Glein said his two years as a graduate student at the USC Viterbi School of Engineering honed his analytical skills.

“Education has absolutely been the foundation for everything I’ve accomplished in my life,” said Glein, who met his wife, Sherri, at USC Viterbi. She is a fellow Trojan.

“Viterbi helped me learn how to think for myself and helped me spread my wings in terms of my ability to think critically and broadly,” he said.

Another Glein has joined the Trojan Family: Matthew, 18, started at USC Viterbi this fall as a computer science major.

His father is betting his son will love the land of Troy.

In the volatile world of venture capital, it isn’t just the financiers who take on risk. Lawyers also make a calculated gamble.