A new USC course asks important questions about the role of women in video games.

What does a gamer look like? There was a time when the answer would have been predictable: teenage, white and male would probably come to mind.

But the people who love video games are an eclectic bunch. As games grow more sophisticated in storytelling, they’re starting to include more perspectives, including those of women and the queer community.

For Bonnie Ruberg, Provost’s Postdoctoral Scholar at USC’s Interactive Media & Games Division, this increased diversity is something to be celebrated. Ruberg came to USC in the fall to research gender and sexuality in gaming, and is currently teaching an original course on the subject.

She’s prepared for the job. Ruberg organizes the annual Queerness and Games Conference at the University of California, Berkeley, which looks at the experiences of LGBTQ players and game designers; she started a one-day event at USC this year. She’s also a former journalist who has written extensively about the intersection of gaming, sex and gender for outlets like The Economist and Wired. In August, she graduated from UC Berkeley with a PhD in comparative literature. Her degree was completed in conjunction with the Berkeley Center on New Media, where she explored how gender and sexual identity is being remixed in the new digital age. 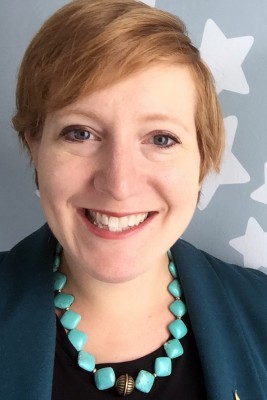 But she’s not just the right person to teach this course. It’s also the right time to be teaching it. There’s been an explosion of attention to the issue of women and gaming. Twenty years ago, girl gamers were simply invisible: You were lucky if a game acknowledged female existence with a princess to chase after. Flatly drawn, oversexualized female characters are still common, though women are better represented than in the past.

Of more worry, women have become targets for harassment, both online and off.

“It’s kind of a scary moment to be different in games. It’s a scary moment to be a woman in games or to be queer or a person of color,” Ruberg said. “It’s a moment of potential, too. For people who fall outside the traditional gamer type — who aren’t necessarily white or straight or male or cisgender, this course is a wonderful place to start those discussions because the students we work with in Interactive Media are the next generation of game makers,” Ruberg said.

Is Lara Croft a feminist?

The course includes both undergraduate and graduate students from varied backgrounds. They include aspiring designers, artists and marketing professionals. Some want to work for AAA companies — the equivalent of Hollywood studios — while others are interested in the startup, indie environment.

Class discussion touches on everything from experimental games to whether Lara Croft of Tomb Raider could be considered a feminist character. They also look at how games are used for expression, including by the LGBTQ community. For her USC class, she’s partnered with The Lavender Effect, a collective that studies LGBTQ history in Los Angeles. Students are asked to illustrate a part of that history using a game based on archival materials.

Ruberg points out that a number of marginalized groups have used videogames to tell stories about their experiences, just as they have using other forms of art. Games like Anna Anthropy’s Dys4ia or Mattie Brice’s Mainichi explore the daily trials of being a transgender person. But they challenge the player through nontraditional, “queer” gameplay mechanisms: Both offer personal, introspective experiences and demand more from a player than just reaching a “win” screen.

The “queering” of gameplay, which comes from queer theory, includes the writings of USC gender scholar Jack Halberstam.

What if instead of building a sense of self, we’re actually falling apart?

“A queer game mechanic might be something like subverting success,” Ruberg said. “What does failure mean in games? After spending all this time collecting items or coins, what if we lose those things? What if instead of building a sense of self, we’re actually falling apart?”

Needless to say, videogames are changing. As more serious attention is paid to the medium, games are telling stories with greater depth and in new, unpredictable ways. Ruberg noted there were parallels in the acceptance of cinema as a medium: slighted at first as pure commercial entertainment and eventually embraced by the wider culture as a legitimate art.

The increased diversity has helped energize the industry, contributing to what is one of the most exciting artistic fields to work in. But it hasn’t been welcomed universally — gaming has long been the domain of male players, some of whom are threatened by new perspectives on a once private world.

“The medium that they love is the medium we love, too,” Ruberg said. “These players feel that people like us are invading games and taking away what they love. But the truth is we’ve been here all along. And we’re not taking games away — we’re creating spaces to do more with games.”

She’s the director of the USC Games program, recognized as the No. 1 game design program in North America by the Princeton Review and GamePro Magazine.