With California in the midst of a four-year drought, the impending El Niño is welcome news. Though it’s highly unlikely that the climate system will end the state’s water woes, its impending arrival — which could bring heavy rainfall peaking between January and March — is predicted to be among the three strongest on record since 1950.

Thanks to the efforts of Caitlin Martin, a senior at the USC Dornsife College of Letters, Arts and Sciences, El Niño will also be a boon for the USC Wrigley Marine Science Center on Catalina Island, which recently received grant money to fund 16 rain storage barrels. The barrels can hold nearly 800 gallons of rain water, which will mitigate the severe water rationing currently in place on the island.

Grant writing is a real skill that comes in very handy.

“They wanted to write proposals for funding that would make a difference and relate to real issues on campus,” Dutton said. “I think for environmental studies students in particular, they want to leave with real job skills so they can go out and contribute to nonprofits and local government organizations,” Dutton said. “Grant writing is a real skill that comes in very handy.”

A seasoned grant writer for the USC Wrigley Institute, Dutton agreed to take on the students this fall as science writing interns, mentoring them in the art of crafting environmental grants. Under the auspices of Dutton, the students developed and eventually submitted grant proposals to the USC Green Engagement Fund (USCGEF), which is administered through the USC Office of Sustainability and also made possible through the Graduate Student Government and the USC Environmental Student Assembly under the Undergraduate Student Government. 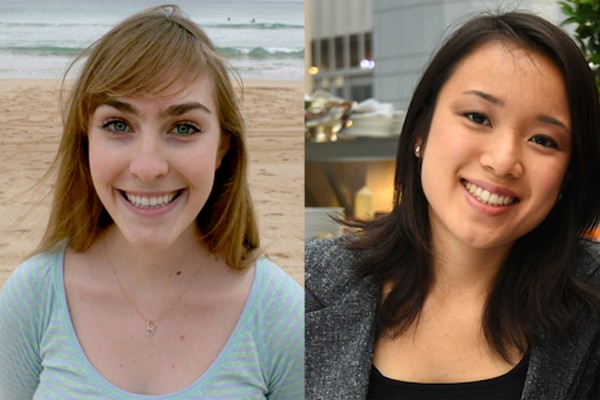 In addition to regular meetings with a faculty adviser, the interns met with twice a week with Dutton, who talked them through the process of developing partnerships, budgets and timelines, and understanding the different components of a grant proposal. The students made site visits, researched products related to their proposals, interfaced with stakeholders and began building the text of the grant.

“It’s really rewarding knowing that I succeeded in acquiring funding for a project that will make USC more sustainable and help the staff at the Wrigley Institute, who are greatly impacted by the California drought,” Martin said.

“To have my proposal funded by GEF is a great privilege, and it would not have been possible without the support of Jessica and [Director of USC Environmental Studies Program] Karla Heidelberg,” Hamasaki said. “Their guidance was instrumental in contextualizing the proposal writing process, and I appreciate the lessons learned from my ‘first run.’

“This internship has served as a unique chance to dive headlong into a real-world career path and has only clarified for me the opportunities that are possible with a dual degree in English and environmental studies.”

Martin agreed that her experiences will benefit her future career.

“Having a successful grant proposal gives me confidence in my skills as a writer,” she said. “I have learned a lot from Jessica and this internship about the different elements of grant writing and how to craft a concise yet persuasive argument to fit the format of a grant application. Understanding the grant-writing process will most certainly help me in my career.”

USCGEF was created in 2014 to fund student-driven, innovative projects aimed at increasing sustainability at USC and raising awareness about environmental stewardship. The fund currently provides $65,000 to help students implement their self-designed sustainability projects.

“The Green Engagement Fund provides students the opportunity to hone their skills in writing and persuasion, and supports critical infrastructure that will make our campus more sustainable, a goal that the Wrigley Institute shares with many USC students, staff and faculty,” said Roberta Marinelli, director of the USC Wrigley Institute.

“The Wrigley Institute for Environmental Studies is proud to have mentored both Nicole and Caitlin, and we bask in their success.”

Students and sustainability: Waste not, want not

The day’s activities were part of a spring break program held by the USC Wrigley Institute for Environmental Studies.