For decades, medical schools have taught doctors that the best way to treat cancer and metastatic progression is to memorize a list of tumors and their typical migration patterns. Metastasis is the development of malignant tumor growths elsewhere from the primary site of cancer.

“This is akin to back in the days when weather reporting depended solely on a barometer and experience,” said Jorge Nieva, an associate professor of clinical medicine at the Keck School of Medicine of USC and co-author of the new study. “Medical students are taught very fundamental cancer progression patterns. What the modeling does is it brings the sort of complexity of modern-day weather forecasting to trying to understand where tumors go, when they go and how they get to that location. This type of mathematical modeling is wholeheartedly different from what most medical students learn today.”

The study, published online Oct. 21 in npj Breast Cancer, a Nature Partner journal, looked at 25 years of data regarding 446 breast cancer patients at Memorial Sloan Kettering Cancer Center. It focused on a subgroup of women who were diagnosed with localized disease but later relapsed with metastatic disease.

The model shows that cancer metastasis is neither random nor unpredictable. Survival depends significantly on the location of the first metastatic site or “spatiotemporal patterns.” In other words, USC researchers uncovered a framework to explain how tumor cells circulate through a patient’s bloodstream over time to settle in various organs. The path that varies depends on tumor makeup and treatment decisions.

Our long-term goal is to build comprehensive predictive computational simulations of metastatic cancer.

“There’s nothing like this in the cancer world; there’s nothing really like this in the disease progression community even though the techniques are well-developed in other contexts,” said Paul Newton, lead author of the study and an aerospace and mechanical engineering professor at the USC Viterbi School of Engineering. “Our long-term goal is to build comprehensive predictive computational simulations of metastatic cancer. Ultimately what we want to do is tailor those models to individual patients using their individual characteristics.”

“If somebody is reading about breast cancer on Wikipedia, the likelihood that she is going to jump to a lung cancer page or a bone cancer page is much higher than the likelihood of her jumping to the Costco website,” said Newton, who is also a professor at the Norris Comprehensive Cancer Center at the Keck School of Medicine of USC as well as professor of mathematics. “These probabilities of jumping from one page to another are not all equal. Where you jump to next depends strongly on where you currently are. This observation lies at the heart of our model.”

Breast cancer patients die when tumors have colonized an average of four metastatic sites, the study found. Women had the poorest chances of long-term survival if they had more than two initial metastatic locations; they fared much better if migrating tumor cells first landed on one organ.

Roughly 35 percent of breast cancer patients developed first metastasis to the bone, while less than 5 percent contracted their first metastasis in the brain, Newton said. The five-year survival of the bone group is more than 90 percent, whereas the brain group had survival characteristics of 20 percent or less, he said.

The study’s results led the researchers to further define the words “spreaders” and “sponges” to describe metastasis, a nomenclature that eventually could inform medical teams how best to deliver personalized therapy plans.

“A spreader is a site that is likely the source of new disease,” Kuhn said. “Hence you need to avoid spreaders or eliminate the disease if it shows up at a spreader site. At a sponge site, one might just manage or stabilize. Of course if you could eliminate all of it, you would. But if you have multiple metastasis, one would attempt to stabilize the sponge but eliminate the spreader.”

The future of cancer care could be squads consisting of a biologist, a mathematician, a physicist and a computer programmer to complement the current medical teams, Newton said.

USC is working on a convergent science initiative that provides a collaborative environment for cancer experts. Construction of the USC Michelson Center for Convergent Bioscience broke ground in October 2014. It will eventually be the largest building on campus.

“Over the next five to 10 years, there’s going to be a big change in the way medical schools and oncologists think about disease,” Newton said. “I could easily see a situation 10 years down the road where a patient comes in with a particularly difficult disease. The oncologists in charge will put together a team of researchers to develop a model to forecast disease progression and determine best treatment options that they would then implement.” 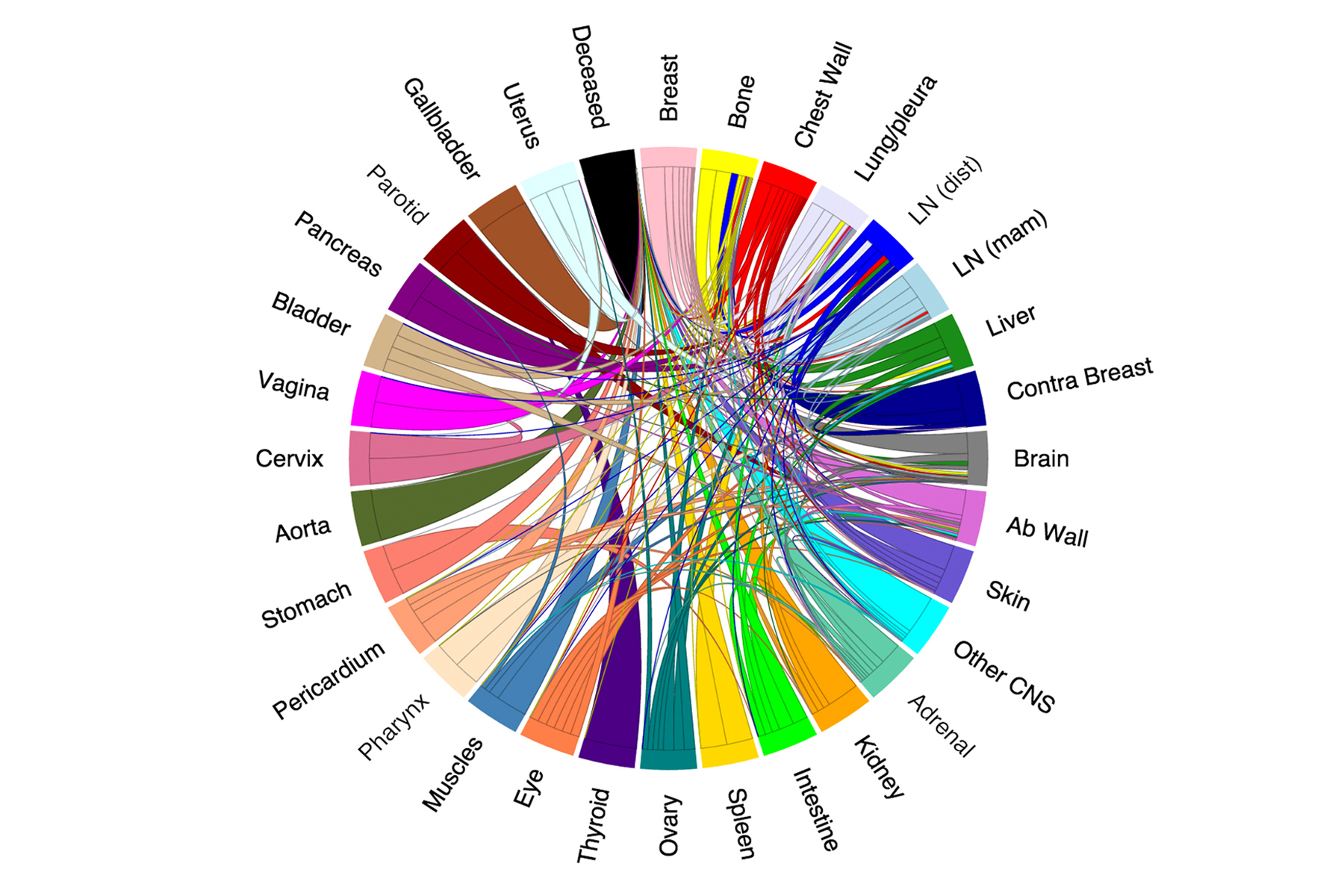 Biomedical engineer’s new system could save millions of lives.

An ABC correspondent makes a surprising discovery after receiving a mammogram on live television.