USC Professor Dan Birman has had his eye on the work of author and historian Thomas Cahill for more than 20 years.

In 1995, Cahill released How the Irish Saved Civilization: The Untold Story of Ireland’s Heroic Role from the Fall of Rome to the Rise of Medieval Europe, which recounts Europe’s transition to the medieval era and the lesser-known tale of the Irish monks who diligently copied Western texts, preserving a culture that might otherwise have been lost.

Soon after reading the book, the award-winning documentarian from the USC Annenberg School for Communication and Journalism recalled seeking out Cahill to discuss the possibility of a documentary.

Birman thought the book would make a good stand-alone film at the time, but Cahill has since put out another five best-selling books about the history and development of Western civilization. Birman and Cahill both agreed a series of films would be more fitting.

With the seventh and final book coming out next September, they also agreed that now was the time to get started. Cahill sold the rights to adapt and produce his books, collectively known as The Hinges of History, to Birman and his company, Daniel H. Birman Productions.

“My long association with [Birman] gives me confidence that the series will represent my work,” Cahill said in a release about the acquisition.

Back to the beginning

Joining Birman as a producer on the project is Megan Chao ’08, a USC Annenberg adjunct faculty member. She has worked at Birman’s company since 2009, starting out as a researcher and working her way up to the head of development and production. 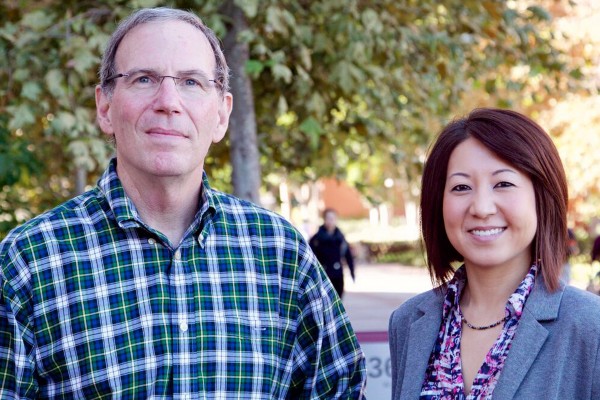 They recently teamed up with the Canada-based production company Breakthrough Entertainment and are now looking to sell the series to a TV network. Once they find a network, the task will turn to adapting Cahill’s work for the screen.

“We will be working through how we make something this big accessible to television,” Birman said.

Cahill gives us an even greater understanding of who we are and our role in the Western world.

With Cahill’s original intent in mind, they will revisit “the beginnings of Western Civilization through the little-known stories of those who had the greatest impact on its evolution.”

The title, The Hinges of History, Birman said, refers to a hinge on which a door hangs. “A hinge opens us up to something new, a new direction,” Birman said.

“Cahill gives us an even greater understanding of who we are and our role in the Western world,” Birman said. “His extraordinary historical perspective is the basis for a relevant and altogether unprecedented series.”

Workshop organized by the USC Shinso Ito Center for Japanese Religions and Culture offers insights to scholars, curators and collectors.

David Albertson earns an award for his upcoming book on theologians Nicholas of Cusa and Thierry of Chartres.

USC-spawned platform enables digital publishers to go beyond the book

Documentary based on Western civilization books in the works