Eight short films written and directed by students came together to create The Labyrinth, a feature film anthology produced in a USC School of Cinematic Arts co-taught by actor James Franco. Animated sequences overseen by USC student Einar Baldvin tied the shorts together. The film was screened at USC on Oct. 23, following its debut at an international film festival.

“This process was really an interesting ride for all of us,” said John Berardo, the director of Strings. “We all put our blood, sweat and tears into this movie, and it’s really great to actually see it on the big screen in front of a group of people and get feedback.”

Two of the directors were undergraduates at the time and six were graduate students (five females and three males).

“We’re a terrific film school,” said John Watson, who supervised and coordinated the project. “We have eight completely separate units that very rarely interact with each other, so this [film] has the writing division, the production division, the animation division.”

To create this collaboration, a prompt was initially assigned to the writing department to develop stories dealing with “the unknown, the unexplained or the unimaginable.”

Students were then asked to submit their reels in the hope of securing a spot as a director for one of the eight selected scripts. The directors, who were chosen in November 2012, began filming three months later. In addition to the collaboration among divisions, the last intention for the class was to provide talented cinematic arts alumni with jobs. 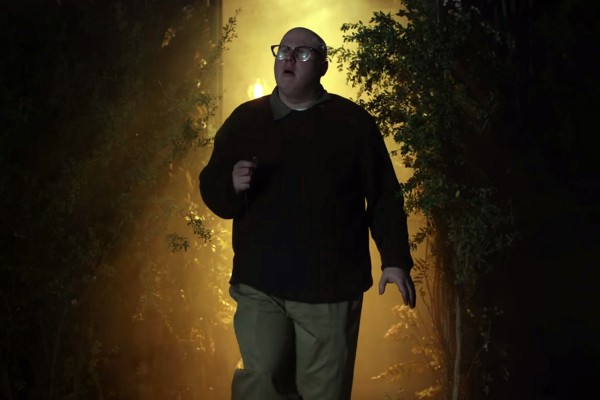 Film still from The Labyrinth (Photo/courtesy of Rabbit Bandini Productions)

Many of the core crew positions were filled by recent USC alumni or SCA students, including the producers, directors of photography, production designers, editors, composer and sound editors. Ultimately, the collaboration not only took place among divisions throughout SCA but among the directors of the films, who visited one another’s sets and critiqued the work.

“It was a huge collaborative process for all of us,” said Katrelle Kindred, who directed Alchemy. “I think it shows in the overall picture, connections we didn’t even know existed until we got into the post-production process, but I think that’s because we were so involved in one another’s process in a very supportive way.”

Each of the directors expressed how valuable this experience was — they not only learned from Franco and Watson, but also from one another, gaining experience working with professional actors and being faced with tough decisions to pick and choose their battles regarding vision versus practicality.

Although the directors were students at the time of filming, their talent and professionalism was highly regarded by those who worked with them.

“I love working with USC students,” said actress Lindsay LaVanchy, who performed in Strings. “It’s the cream of the crop, and I think everyone is very passionate about their individual position and their part of making the film.”

Freshman Laura Marano of TV’s Austin & Ally puts a premium on higher education in the midst of her career as an actor and singer.

USC buddies band together for Jem and the Holograms

The new film about teen stardom uses social media as a storytelling tool.

The actor, director and instructor delves into his personal life for a candid look at the evolution of a career on the stage and screen.