Movies are coming to a classroom near you.

The USC Rossier School of Education has formed a new partnership with Journeys in Film, an organization that develops film-based curriculum and discussion guides to engage students. The latest guide features He Named Me Malala, a drama that had its West Coast premiere at the Microsoft Theatre on Sept. 29 with 6,500 Los Angeles public school girls in attendance.

“It is exactly this kind of synergy we are hoping to generate by using films to inspire and educate today’s students,” said USC Rossier Dean Karen Symms Gallagher, who marveled at the enthusiastic reception of the film by students gathered to kick off Girls Build LA, an initiative of The Los Angeles Fund for Public Education. “Films have the power to change lives, and USC Rossier is excited to partner with Journeys in Film to multiply this same kind of impact many times over.”

Founded in 2003 by Joanne Ashe, Journeys in Film hopes to expand its reach through this collaboration with USC Rossier’s Office of Professional Development.

As much as this is about film, it’s even more about education.

“We take feature films and documentaries, both domestic and international, and develop curricula that are aligned with state standards,” said Ashe, executive director of Journeys in Film. “We are so excited to be joining forces with Rossier. As much as this is about film, it’s even more about education.”

Teachers have reported that Journeys in Film has helped increase students’ empathy and acceptance; increased curiosity about the world beyond their own group; and increased their ability to identify distinctions between cultures and countries.

Journeys in Film has now produced companion curriculum guides for more than 15 films, including The Prophet, Defiant Requiem, The Dhamma Brothers, Dying to Tell the Story, Happy, Please Vote for Me (China), Like Stars on Earth (India), Children of Heaven (Iran) and Beat the Drum (South Africa). By selecting age-appropriate movies that feature young people, it offers entry points for lessons on science, math, social studies, language and art, while also teaching the history and culture of the films’ countries of origin.

Actor Liam Neeson, a Journeys in Film spokesman and star (voice) of The Prophet, an animated adaptation of Kahlil Gibran’s best-selling book of prose poetry, recently told Esquire that he took the role in part because it was an ideal fit to create Journeys in Film curriculum.

“It’s basically using the storytelling power of film to educate our kids in schools, to have a richer understanding of the complex world in which we live,” Neeson told the magazine.

He Named Me Malala, which opened nationwide on Oct. 9, was directed by Davis Guggenheim (An Inconvenient Truth and Waiting for Superman). It details the remarkable life of Nobel Peace Prize winner Malala Yousafzai, the Pakistani girl attacked by the Taliban for speaking out about girls’ education in her country. The curriculum guide includes nine lessons for teachers focused on English language arts, world history and other social studies classes. 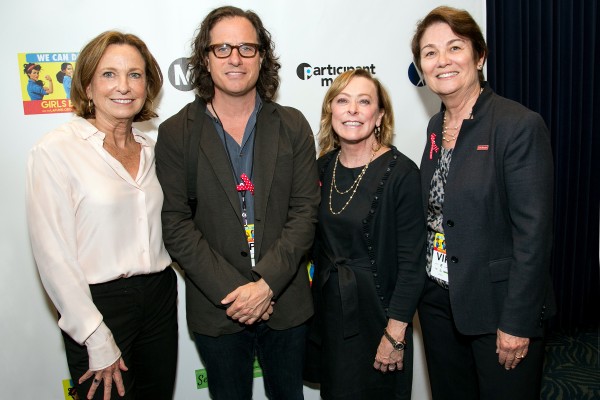 “Today’s kids are more entertainment literate than reading literate,” said Alan Arkatov, holder of the Katzman/Ernst Chair for Educational Entrepreneurship, Technology and Innovation, who attended the premiere of Malala. “We plan to build upon the outstanding work already done by the Norman Lear Center and the Annenberg School of Communications, and include the tremendous expertise within the School of Cinematic Arts, to demonstrate that in the entertainment capital of the world, USC can effectively harness the power of storytelling in ways that dramatically improve teaching and learning outcomes.”

The collaboration is part of a larger plan by Arkatov and USC Rossier to focus on ways that effectively engage students and improve their education through the arts, sports or games.

Ken Yates, associate dean for professional development at USC Rossier, sees the value of expanding the mission of Journeys in Film by tapping into the appetite teachers have for using film creatively and strategically.

“Teachers have always used popular culture in the classroom,” Yates said. “Journeys in Film brings an intentional focus to this process, giving teachers the ability not only to engage students but to heighten their understanding of the curriculum.”

With support from three schools on two campuses, children from Keck Medicine-affiliated families — and from university-adjacent neighborhoods — are being tutored by USC students living around the world.

As U.S. schools consider reopening, what can they learn from other countries?

In the first of a series of video conversations with USC leaders, President Carol L. Folt sits down with USC Rossier Dean Pedro Noguera. Find out about his advice for K-12 schools and their ideas on how educators can explain racial justice to students.

Pedro Noguera, the new dean of the USC Rossier School of Education, answers questions about his Brooklyn upbringing and what the pandemic has taught us about education.

A quartet of new Trojans discuss how they overcame personal challenges and found themselves at USC.

Predicting drought in the American West just got much more difficult

A new, USC-led study of more than 1,000 years of North American droughts and global conditions found that forecasting a lack of precipitation is rarely straightforward.

The renowned oncologist and cancer researcher will join USC in this newly created position in September.