If there’s a “secret sauce” for success, it just might be grit. As defined by psychologist Angela Duckworth, it refers to a kind of persistence that only gets stronger in the face of adversity. It’s a hallmark of overachievers, whether in the office or the classroom, and drives them forward even when they’re staring down failure.

But a new study suggests there are risks in having too much grit to quit. Researchers found that the trait can be hard to switch off — and those who have it sometimes set themselves up for failure by overreaching. The study results have big implications for how to best help students prepare for college and the SAT.

Grit is great, but not a lot of research has been done to identify the downsides.

“Grit is something the U.S. Department of Education is promoting, and people are looking at how to increase it among students,” said lead author Gale Lucas of the USC Institute for Creative Technologies. “Grit is great, but not a lot of research has been done to identify the downsides. This study helps ensure that when we’re evaluating grit, we’re doing it in a round and complete way.”

The team conducted three experiments to see whether participants are able to set aside their grit when failure seems imminent.

The measure of grit

Over the course of the three experiments, participants were asked to self-identify gritty personality traits by rating items such as “Setbacks don’t discourage me” and “I finish whatever I begin.” The experiments focused on verbal skills, math skills and an online computer game where the participants competed via mouse clicks. The verbal experiment especially was modeled on the SAT, where test takers are routinely advised to skip difficult questions and answer as many as they can.

In each experiment, participants were unaware that their tasks were in some way “rigged” — some of the verbal problems were unsolvable, and the computer game was manipulated so that they experienced an early lead or loss. They were motivated to participate with small financial incentives and could win more money through correct answers.

For example, the first experiment evaluated 426 undergraduates, prompting them to solve as many anagrams as possible within 20 minutes. The more they solved, the more chances they had to enter a lottery where they could win $100 for each correctly solved anagram.

The most successful strategy would be to skip the more difficult — and even unsolvable anagrams. But the researchers found that “gritty” individuals were consistently drawn to the more challenging problems in each experiment. As a result, they would get stuck and often pass up the opportunity for more money.

In the case of the competitive computer game, the outcome was scripted to start certain individuals out with a winning trajectory, then suddenly reverse their fortune — or vice versa. In these situations as well, self-identified “grittier” individuals expended more effort when they were failing.

Lucas pointed out that in life, there are all sorts of factors that complicate how big a role grit plays in our decision-making. But in a carefully orchestrated lab setting, researchers are able to identify how challenge keeps gritty people enduring.

Who has true grit?

In the last decade or so, perseverance has become the focus of academic and media attention, with many asking how students and workers alike can “learn” grit. 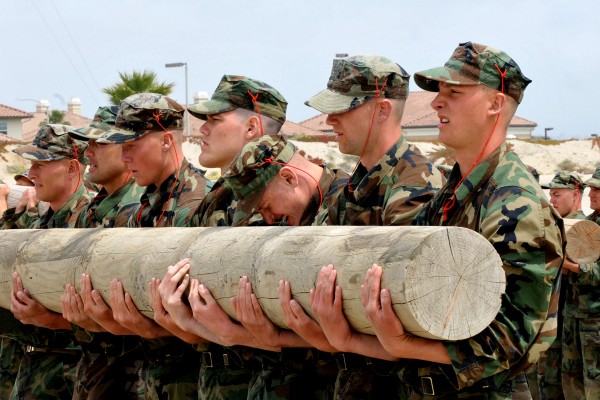 Pushing through challenges can be difficult in the military, where “quitting” is discouraged. (Photo/U.S. Army)

Lucas’ research at ICT has focused on the psychology, including studies of whether virtual human interviewers can help identify post-traumatic stress and other mental health conditions. Another ICT project, called STRIVE, puts soldiers in stressful, virtual reality scenarios to help them develop coping skills and resilience when they’re overseas.

One of the important lessons those soldiers are taught is when to push through a challenge and when to avoid it. This can be difficult in cultures like the military, where “quitting” is discouraged, and soldiers might be hesitant to not push on, Lucas said.

Perseverance is important, but so is knowing when something isn’t working for you or you don’t have the resources to succeed, she added.

“Right now, there’s an effort to push everyone to be more gritty,” she said. “There’s no reason not to make people grittier, but it’s important to know when to quit and reevaluate rather than blindly push through.”

Lucas added that high-grit individuals are generally more successful than low-grit ones. If they’re conscientious about how and when they apply their grit, they can maximize their potential.

The study was supported by funding from the Air Force Office of Scientific Research and the U.S. Army.

How mentorship can spark a student’s success

Passing the bar and savoring success

USC law grads prepare to move from classroom to counsel — doing so at a higher rate than last year.

Trojans recall their most cherished memories on campus and around the world.

If the going gets tough, when should the tough give up?