A new book tracing the development of an innovative approach to addressing homelessness is now available.

Housing First: Ending Homelessness, Transforming Systems and Changing Lives is co-authored by Assistant Professor Benjamin Henwood from the USC School of Social Work in collaboration with Deborah Padgett, the lead author and professor at the New York University Silver School of Social Work, and Sam Tsemberis, who founded Pathways to Housing and developed the Housing First model.

“This book demonstrates that effective policy change can and needs to occur to address many of our complex social problems,” Henwood said. “Los Angeles recently declared a state of emergency on homelessness. This is an apt description in many areas of our country that reminds us of the devastating effects of income inequality and signals the need for the type of transformative policy change that embodies the story of Housing First.” 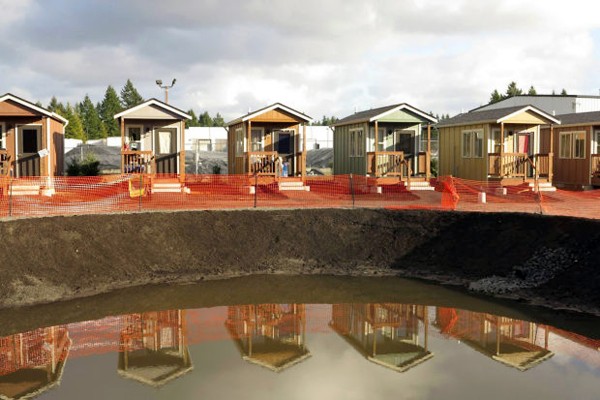 Described as a unique combination of evidence-based practice, the individual right to housing and consumer choice, Housing First challenges the typical strategy of mandating treatment, sobriety and other requirements before receiving independent housing.

The book begins by tracing the history of homelessness in the United States, exploring how shelters and transitional housing programs became the norm during the 1980s. The linear approach to tackling issues of homelessness is then countered by the Housing First model, which provides immediate access to housing and supportive services.

“This engaging book is a must read for those interested in how Housing First can transform housing and treatment services for people with mental illness,” Geoffrey Nelson, a professor of psychology at Wilfrid Laurier University, said in a review of the book.

Developed in New York City in 1992, the model has since expanded throughout the United States, Canada, Western Europe and Australia. It has been credited with ending homelessness among veterans in several U.S. cities and ending chronic homelessness throughout Utah. In 2007, the federal government recognized Housing First as an evidence-based practice, and Canada has adopted the approach as its official policy.

In addition to describing how the model operates, the book highlights research on Housing First, including findings from a study led by Padgett and Henwood in New York that involved in-depth interviews with homeless individuals who received Housing First services. The book also features first-person accounts from formerly homeless individuals regarding how their lives changed after they obtained housing and support services.

Although some agencies and homelessness services providers initially greeted Housing First with skepticism, emerging evidence of the model’s effectiveness versus standard forms of care has tempered that resistance. Research has shown that Housing First produces greater stability in housing, decreases use of drugs and alcohol and is more cost effective than traditional approaches to homelessness.

Published by Oxford University Press, the book is now available in hardcover and digital formats.

Defying the odds as an undocumented immigrant, Oralia Catalan will receive a master’s degree at USC commencement.

How can we end homelessness among female veterans?

A four-part approach serves as a call to action for the government and philanthropic groups.

Watt gift to support houses for the homeless strategies

The funding proposal could boost the success of future grant applications.

Helping the homeless with more than soup or a blanket

A possible solution to ending homelessness begins with Housing First