A golf club. An umbrella. A snow shovel. What do these ordinary objects have in common? In the hands of Ken Butler, they — and just about anything — become musical instruments.

Krausas first encountered Butler at a Montreal new music fesitval in 1990. “It was one of those moments in your life that completely changes your perspective on what is music and what is a musical instrument,” she told the Newman Hall audience.

Butler’s “instrument sculptures” bring together fine art, acoustical design and performance. A violist by training, he plucks, bows, strums and taps on an array of fanciful stringed instruments built on the chassis of old tennis rackets, hockey sticks, an umbrella, a toothbrush. Sometimes he just attaches a guitar pickup to unprepared objects, transforming them into exotic percussion instruments.

In his tour-de-force finale, Butler improvised on a kitchen knife, a paintbrush, the zipper of his jeans, even his own mouth and skull. 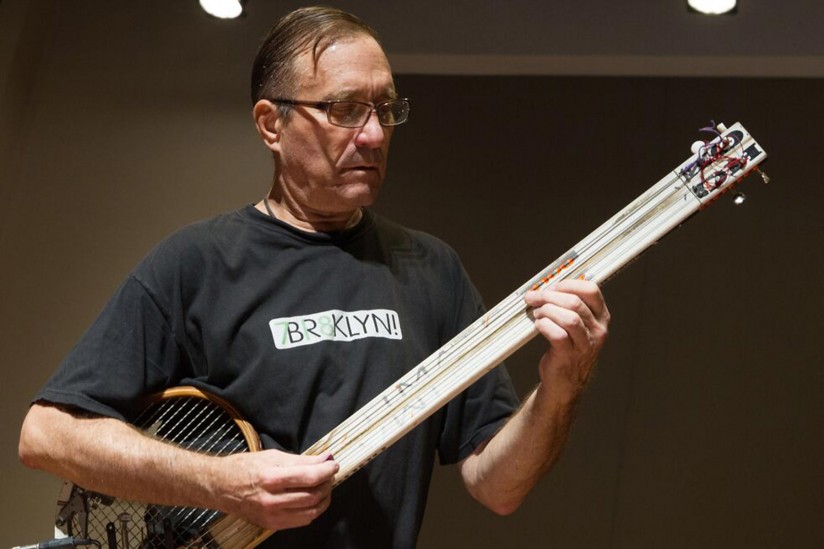 Ken Butler performed with a variety of unique instruments at Newman Hall on Sept. 21. (Photo/David Johnston)

Some of the world’s most celebrated cellists will perform at the 10-day music event uniting USC Thornton, the LA Phil and the Los Angeles Chamber Orchestra.

Students are like family to the renowned musician, who does everything he can to help them.

KUSC and KDFC to give samples of fall concerts

Let the California classical stations be your guide to what’s coming on the arts scene.