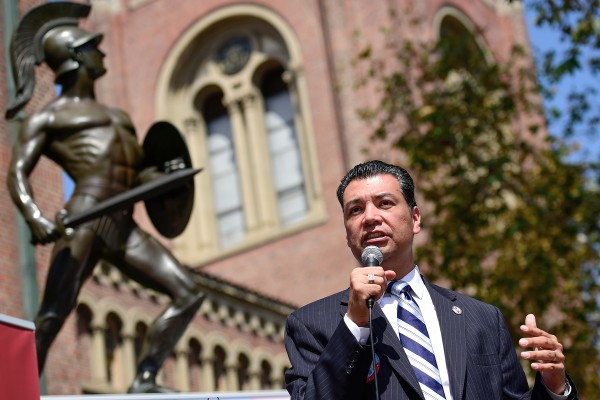 With the 2016 presidential campaign well underway, it seems like politics is everywhere. But you can’t get out to vote if you haven’t registered. Students, faculty and staff Tuesday took advantage of a voter registration drive on Hahn Plaza.

Although 2015 is an “off year” with no national or statewide races, several Los Angeles cities and other voting districts have elections in November. And as any of the many presidential candidates will tell you, it’s never too early to get ready for 2016.

The candidates have a healthy lead over their rivals, USC Dornsife/LA Times poll reveals.

The results indicate a rising sense of optimism among a majority of voters, according to a new USC Rossier poll.