An upcoming book brimming with maritime drama recounts the tribulations and treatment of American sailors after the end of the Revolutionary War.

“In the decades after the U.S. formally declared independence in 1776, Americans struggled to gain recognition of their new republic and their rights as citizens,” writes Nathan Perl-Rosenthal, assistant professor of history and spatial sciences at the USC Dornsife College of Letters, Arts and Sciences, in a book to be published this fall. “None had to fight harder than America’s sailors, whose profession took them far from home and deep into an often hostile Atlantic world.”

The protective shield of American citizenship

Citizen Sailors takes readers on a chronological journey through the birth of the early modern world at the start of the 18th century — a time when nationality was determined largely by the language an individual spoke, where status mattered more than nationality and identity papers were virtually non-existent — to the close of the century when American sailors finally won the right to carry papers issued by the United States federal government, identifying them as American citizens. 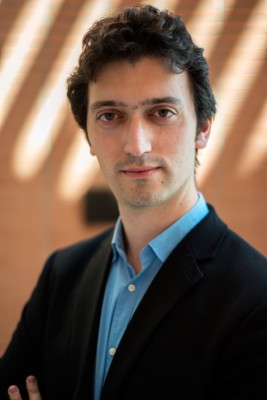 Before they had identity papers, American sailors captured by enemy ships often struggled to identify themselves as Americans. While Americans might be jailed by the British, they would rarely be executed. Being perceived to be British, however, was much riskier. Without papers to prove their citizenship, American sailors had to resort to their powers of persuasion to convince their captors they were not British citizens fighting on the side of the Americans — an act of treason that spelled almost certain death.

“Once Britain recognized American independence in 1783, being an American became protective because the U.S. was not directly involved in any of the wars that raged almost continuously from the 1780s to 1830,” Perl-Rosenthal said. “If you could prove you were American, you were much safer than if you were a British or French subject during this period.”

Once they won their long fight to obtain identity documents, also known as protection papers, American sailors still faced numerous challenges. British captains’ fondness for tearing up the cherished paperwork was just one of many risks American sailors faced on long sea voyages. Others included the propensity of mice and rats to shred paper and saltwater to rot it.

“The importance sailors attached to these identity documents can be seen in the efforts they made to preserve them by gluing heavier stock or newspaper on to the back of them and making little wallets to carry them in,” Perl-Rosenthal said.

The idea for the book, which will be published by The Belknap Press of Harvard University Press in October, grew out of a project that had fascinated Perl-Rosenthal as an undergraduate at Harvard University. When he arrived at USC in 2011, he returned to that project.

We only have to look at the news and the huge refugee crisis in the Mediterranean to see a current nationality crisis.

“I was interested in what new and interesting things sailors could tell us about the history of citizenship and the making of modern citizenship and nationality, which is an essential quality of life today,” he said. “We only have to look at the news and the huge refugee crisis in the Mediterranean to see a current nationality crisis.”

Perl-Rosenthal said USC Dornsife had been crucial in enabling him to write the book.

“In the humanities it’s very unusual to write one’s dissertation on one thing and a first book on something else, but my senior colleagues at USC Dornsife were remarkably accepting and encouraging,” he said. “The Early Modern Studies Institute, Visual Studies Research Institute and Spatial Studies Institute were all amazingly supportive. I don’t know if I could have written this book anywhere else, and I am profoundly grateful for that.”

Perl-Rosenthal said the most amazing and moving aspect of his research was exploring how these protection certificates of nationality, identity and citizenship were granted in large numbers to African-American sailors.

As an example of the power these documents had, Perl-Rosenthal cites the history of one of the most famous 19th-century abolitionists, Frederick Douglass. Originally a slave himself, he borrowed an African-American sailor’s protection certificate to pass as a freeman and escape from Maryland to New York and then New Bedford in 1838.

“Even then, these papers still had the power to help liberate someone who then went on to become a great American orator and figure and a leading light of this crucial 19th-century protest movement.”

A group of U.S. Navy sailors from the USS Benfold toured the USC Institute for Creative Technologies (ICT) to see some of the latest examples of virtual reality technologies.

Chad Cisco MBA ’11 has had an exciting 20-year career in the U.S. Navy in various positions, including a nuclear power plant operator, tactics instructor and executive officer on a ballistic missile submarine.