Rep. Steny Hoyer of Maryland made USC one of his key stops during a visit to Los Angeles this week. 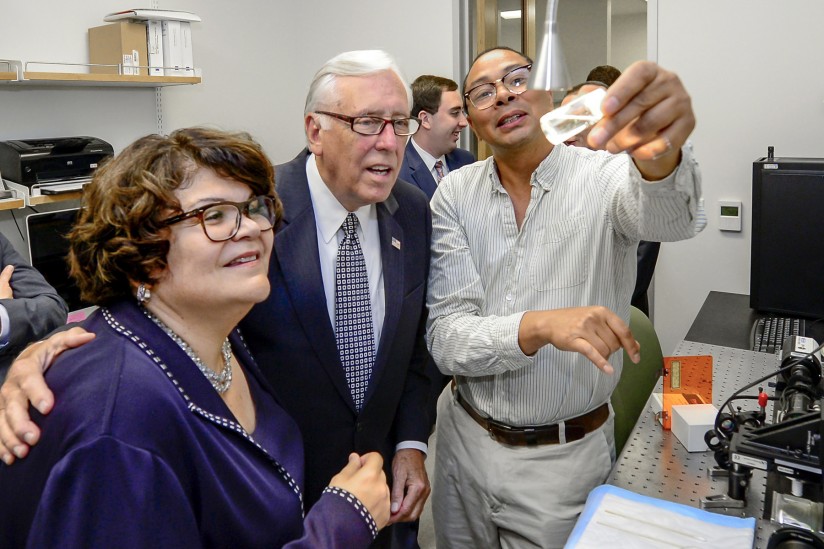 “Accelerating the development of the biotechnology industry in Los Angeles will not only promote life saving and life extending innovations, it will also dramatically boost job growth,” Nikias said. “Congressman Hoyer has a unique appreciation for this potential, and we are grateful for his support in elevating the growth of biotechnology to a national priority.”

Biotechnology and bioscience-related industries combine to form a rapidly growing segment of the world economy, while promising substantial public benefit in tackling pressing global health issues such as Alzheimer’s disease and cancer.

“I want to thank USC and President Nikias for having me today and for showing me the work being done at USC to advance the field of biotechnology, USC’s commitment to expanding its biotechnology enterprise will help strengthen America’s position as a global leader in this important and fast-growing area, which promises to lead to some of the most important advances in the coming century,” Hoyer said during the Aug. 27 tour. “I appreciated the opportunity to hear about the collaborative efforts between private and public officials to boost the community’s biotechnology industry, which can serve as a model for other regions across the country.”

USC, which has made substantial investments in the biosciences over the last five years, plans to develop a biotechnology park adjacent to its Health Sciences Campus. The plan, which has gained support from key city and county partners, is expected to create as many as 3,000 new construction jobs and almost 4,000 permanent jobs — most of which will be accessible to members of the local community — as well as to medical and research professionals.

Department of Commerce leader heads a roundtable of business, government and higher education leaders to discuss the future of a biotech corridor near the Health Sciences Campus.