Many political leaders, scientists, educators and parents believe that failure is the best teacher.

Scientists have long understood that the brain has two ways of learning. One is avoidance learning, which is a punishing, negative experience that trains the brain to avoid a situation in which it made a mistake. The other is reward-based learning, a positive, reinforcing experience in which the brain feels rewarded for reaching the right answer.

A new MRI study by USC and a group of international researchers has found that having the opportunity to learn from failure can turn it into a rewarding experience — if the brain has a chance to learn from its mistakes.

“We show that, in certain circumstances, when we get enough information to contextualize the choices, then our brain essentially reaches toward the reinforcement mechanism, instead of turning toward avoidance,” said Giorgio Coricelli, an associate professor of economics and psychology at the USC Dornsife College of Letters, Arts and Sciences.

For the study, researchers engaged 28 subjects, each around 26 years old, in a series of questions that challenged them to maximize their gains by providing the right answers. If they chose a wrong answer, they lost money, while right answers helped them earn money.

One trial prompted their brains to respond to getting the wrong answer with avoidance learning. A second trial prompted a reward-based learning reaction and a third but separate trial tested whether participants had learned from their mistakes, allowing them to review and understand what they got wrong. 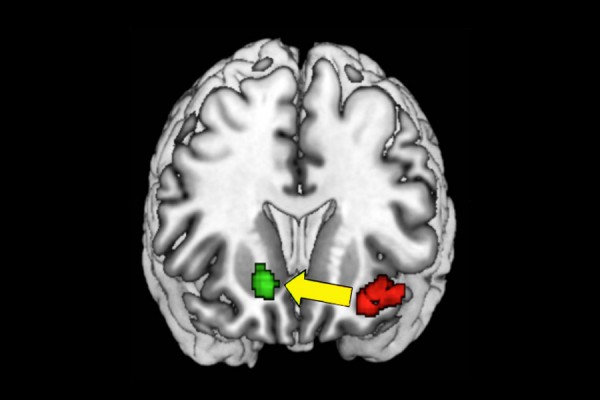 Positive responses activated a “reward circuit” in the brain, according to researchers.

In that third round, the participants responded positively, activating areas in their brains that some scientists call the “reward circuit” — or the “ventral striatum.” This experience mimicked the brain’s reward-based learning response — as opposed to an avoidance-learning response, an experience that involves different parts of the brain that together comprise the “anterior insula.”

Coricelli said this process is similar to what the brain experiences when feeling regret: “With regret, for instance, if you have done something wrong, then you might change your behavior in the future,“ he said.

Coricelli conducted the study with scientists from the University College London, the University Pierre and Marie Curie, the Ecole Normale Superieure and the University of Lyon. The research was funded by grants from the European Research Council and the Agence National de la Rercheche.

The study was published on Aug. 25 in the journal Nature Communications.

Brain study shows that depression reduces size of the hippocampus

Differences in the brain become more severe the longer an individual suffers from depression, say researchers from USC and Amsterdam.

USC physicians ask Southern Californians to take online brain tests that could lead to therapy for Alzheimer’s and Parkinson’s.

Pollution may age the brain

Research by Jiu-Chiuan Chen of the Keck Medicine of USC and colleagues finds that exposure to air pollution was associated with a decrease in white matter in the brain.

USC scientist is helping build a road map to the brain

In a particular bland office building facing the water in Marina del Rey, Neda Jahanshad and her colleagues are doing work that is anything but mundane.

How to reap the rewards of failure