Walking into the dramatic first-floor gallery of the Metropolitan Museum of Art in New York City, visitors are confronted with the towering bis poles collected by Michael Rockefeller on his final expedition to New Guinea. Rockefeller disappeared on that trip in 1961 at the age of 23, reported drowned at sea under mysterious circumstances that have led to speculation that he may have been eaten by cannibals.

The intricately carved poles are on display in the wing of the Met that bears his name. The Michael C. Rockefeller Wing houses a collection of non-Western art obtained by Rockefeller’s father, New York governor, multimillionaire and subsequent Vice President Nelson Rockefeller.

The history of the Met’s pioneering 1969 decision to incorporate “primitive art” into its fine art collection is the subject of an upcoming book by Nancy Lutkehaus, professor of anthropology and political science at the USC Dornsife College of Letters, Arts and Sciences.

“The Met Goes Primitive: Postwar America, Cultural Politics, and the Creation of the Rockefeller Wing of the Metropolitan Museum of Art” argues that this decision illuminates the relationship between art and post-World War II, postcolonial politics, 20th-century American cosmopolitanism and a changing ideology of a more racially diverse identity.

“When an encyclopedic museum like the Met finally decides to incorporate non-Western art, it is making a statement saying this art is as important as Greek statues and the Impressionists,” Lutkehaus said. “It’s broadening its canon in terms of what is considered to be art, and that has a cultural impact in terms of a statement about a broader recognition, a more multicultural, more racially and ethnically diverse national identity.”

The Met’s decision to display these artifacts as fine art was a controversial one, she said.

It was a major economic decision.

“It was also a major economic decision because the trustees had to commit to a new wing and funds for curators to continue to collect.

“The Met didn’t agree to acquire this material until 1969, which was quite late given that Picasso and artists in Europe had been fascinated with non-Western art for years. My project talks about what that shift meant and why it happened at this particular period of time.”

Lutkehaus links this shift to changing politics after World War II, GIs returning from the Pacific, the beginning of the civil rights movement, and various events in Harlem and other parts of the United States.

She is using the papers of Nelson Rockefeller and other key individuals, museum archives and interviews to analyze the social, political and cultural context in which the Met’s board of trustees made its decision.

Art as a political and cultural vehicle

Her project grew out of an earlier idea about the display of non-Western art and the transformation of artifacts into fine art. 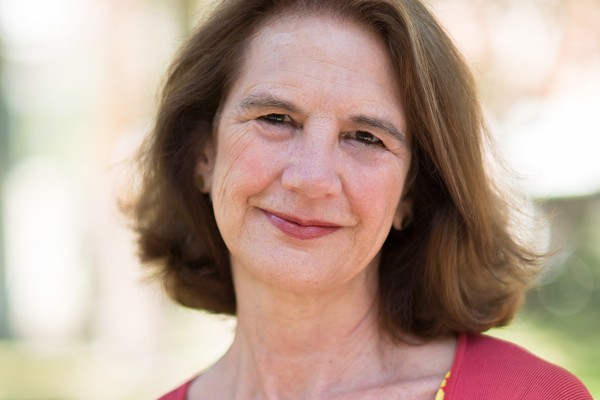 “I was interested in how the same object could be considered an artifact in the Natural History Museum and a few decades later becomes an object of fine art,” she said.

The project also has a personal genesis for Lutkehaus, connecting both to her earlier research as an anthropologist in New Guinea and her knowledge of its indigenous art, and to the Met, where her mentor Douglas Newton, then director of the former Museum of Primitive Art, became the chair of the Met’s new Department of Primitive Art (now the Department of the Art of Africa, Oceania and the Americas).

Lutkehaus’ book examines Nelson Rockefeller’s reasons for collecting non-Western art and tells the story of how the Met’s Rockefeller Wing, which was created to house his collection, was established.

Nelson Rockefeller was very interested in the role that art could play in cultural politics.

“Nelson Rockefeller was very interested in the role that art could play in cultural politics,” Lutkehaus said.

Lutkehaus was recently awarded a fellowship by the American Council of Learned Societies for excellence in research in the humanities and related social sciences.

“In addition to having this wonderful year to write, it’s an affirmation to me of other people’s interest in this research — that it is seen as a valuable contribution to the humanities and to scholarship,” she said.

Lutkehaus hopes her book will inspire readers to look more carefully at the relationship between museums, politics, and cultural and national identity.

“When you look at an exhibit in a museum, there is a whole history on how it got there in the first place and the choices that were made on how and where it is displayed and these are historically different at different periods of time.”

How, when and why ‘primitive art’ was added to the Metropolitan Museum of Art