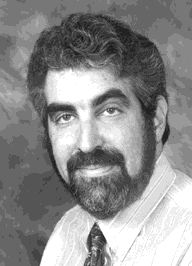 Merril Silverstein, associate professor of gerontology, was principal investigator of a seven-year nationwide study on attitudes about entitlement programs for the elderly.

PUBLIC SUPPORT FOR entitlement programs aimed at the elderly has dropped significantly over the past decade, but don’t blame Generation Xers and their much trumpeted antipathy toward “greedy geezers,” says a USC gerontologist.

For the real opponents to costly entitlement programs, aging Americans need look no further than their own mirrors, said Merril Silverstein, an associate professor of gerontology and principal investigator of a seven-year nationwide study on attitudes about support for the elderly.

“Older people think programs that benefit them are too costly, but as Gen-Xers approach their late 20s, they appear to become more supportive of programs for the elderly,” said Silverstein. “It’s the opposite of what you might expect.”

Silverstein led a team of researchers who interviewed a random sample of 1,500 Americans first in 1990 and then in 1997. During the study’s first round, the researchers asked participants to rank a series of statements on a five-point scale (with 1 indicating that the subject “strongly disagrees” and 5 “strongly agrees”). Examples: “Spending cuts on programs for the elderly would hurt us all,” and, “We spend too much money on programs for the elderly.”

The researchers then returned seven years later to a different but comparable random sample to measure any shift in attitudes. During the second round, they also asked participants to rate statements about compensating family members and others who care for impaired older adults.

In 1990, 71 percent of the total U.S. population agreed with the statement “Spending cuts on programs for the elderly would hurt us all.” But by 1997, supporters of that statement declined to 61 percent.

In keeping with their reputation, young adults between the ages of 18 and 24 – members of the post-baby boom Generation X – started with relatively low levels of agreement (only 55 percent of Gen-Xers agreed with the statement). Seven years later, their agreement levels went up to 63 percent, virtually matching attitudes among the overall population.

“As they got older, younger people essentially had become less hostile toward the cost of programs for the elderly, while older people became more hostile,” Silverstein said. “This conflicts with the image of older people only voting according to their own self-interest.”

In the early 1990s, articles in such prominent publications as Newsweek and the New Republic reported a growing lack of sympathy – particularly among Gen-Xers – for the financial concerns of “greedy geezers,” calling into question future support for Medicare and Social Security.

However, the USC team found that young adults appeared to “age out” of their negative opinions as they approached their late 20s and early 30s. Interestingly, 18- to 24-year-olds in 1997 expressed almost the same degree of anti-elderly biases in 1997 as the Gen-Xers had in 1990.

“Younger adulthood maybe a greater time of skepticism about spending on the older population, but they get over it,” Silverstein said.

The unpublished study – titled “Public and Private Responsibility for the Elderly: Who Should Pay?” – did not explore the reasons for the surprising lack of support for increased funding among the elderly, but altruism may play a role.

“Past research has shown that older people are quite altruistic, so it may be that they want to see public funds spent on another generation,” Silverstein said.

The portion of the study that explored attitudes about compensating caregivers also reflected resistance to spending on the elderly.

Only about one-third of subjects said the government should pay such caregivers for their efforts. By contrast, about 70 percent of Americans supported tax credits for caregivers and 60 percent supported time off without pay.

“Public and Private Responsibility for the Elderly” was funded through a $75,000 grant from the AARP Andrus Foundation, which is the research arm of the AARP.