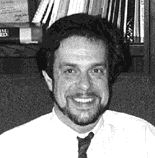 HSC RESEARCHER Berislav Zlokovic has received $2.5 million to pursue his unique vision of the complex, debilitating and oftentimes lethal events that constitute what some people refer to as a brain attack and others know more simply as a stroke.

“Stroke is a circulatory problem, not a neuronal problem,” said Zlokovic, professor of neurological surgery. The death of neurons in the brain occurs, he said, as a result of processes that begin in the circulatory system, where the formation of clots – more properly called thrombi – occurs. These clots can then block the flow of blood to nutrient- and oxygen-hungry nerve cells.

That is why Zlokovic is using his NIH grant money to look at so-called local changes in the blood’s coagulation ability and its potential to dissolve clots.

“All of this is based on the concept that the brain can modify its own thrombotic status – its potential to form thrombi – in its own circulation,” he explained. “How effective it is at doing this can be a major factor in the predisposition to stroke. And if a stroke does happen, this same ability can be a very important predictor of stroke outcome.”

To better understand what makes one person more likely to develop neuron-threatening clots and another to clear them with ease, Zlokovic and his colleagues – including USC researchers and John Griffin from the Scripps Research Institute, an international leader in anticoagulation studies – are trying to identify the different factors in the blood that can dissolve thrombi, or prevent their formation in the first place.

To that end, they are creating a number of different mouse models, each of which is missing a single antithrombotic factor.

For instance, one mouse is missing one copy of the gene for an anticoagulant protein related to HDL called activated protein C. (Knocking out both copies, it turns out, kills the mouse before birth.)

But even the mouse with only one protein C gene shows some wear and tear: According to Zlokovic, they seem to have a “significantly reduced anti thrombotic potential.”

Other mice are missing one or more genes coding for such factors as plasminogen activators and thrombomodulin, both of which play a role in destroying thrombi or preventing their formation. The scientists are looking at how well these mice can clear blood clots. They use them to test potential clot-busting (or thrombolytic) drugs, including the same natural antithrombolytic proteins they’re knocking out in the first place.

“We’re hoping to find new anticoagulant treatments for stroke,” Zlokovic said. “We know clinically that if thrombolytic therapy is started within three hours of a stroke, most of the person’s functions can still be preserved. And so we’re looking at how to stop the development of more thrombi during an event, and how to maintain good blood flow to the area. This will probably lead to treatments for acute stroke rather than preventing stroke over a lifetime.”

That’s not to say that stroke prevention isn’t in the cards, nor that Zlokovic doesn’t have his eye on that ultimate goal. “Most people studying stroke are focused on the neuronal component – on how neurons are injured, and how they die,” he explained. “They are focused on the consequences.”

“On the other hand, by studying the mechanism of brain thromboses and focusing on diminishing their development, we are trying to control the consequences. If you only understand how a neuron dies, you won’t be able to prevent that death. The whole thing is not to let the clots that kill it form in the first place.”

Clot-Busting Is Key to Stroke Outcome