For Philip J. Ethington, it’s been more séance than research — this long journey back to raise old ghosts and their attendant stories.

Ethington, professor of history and political science at the USC Dornsife College of Letters, Arts and Sciences, has spent the last 15 years sifting through the layers of Los Angeles — its many physical incarnations, its tangled histories — to examine, catalog and photograph what remains.

“I like to visualize the presence of the past,” he explained. “I see myself making ghosts visible.”

Those histories that so many believe are paved over or lost haven’t been entirely erased. The remnants might be elusive or fading, but they have yet to entirely vanish. The spectre of the past is all around us, he’s observed. “And often it is hidden in plain sight.”

Ghost Metropolis, Ethington’s multimedia “book” due in the fall of 2016 from UC Press is the fruit of meticulous study and labor. The project is a wrap-around look at a region often difficult to categorize as well as summarize. In it he explores how Greater Los Angeles came to be such a fluid (and consequently volatile) site of reinvention, one both haunted and bound by its history.

Through words, interactive maps, photographs (his own set alongside archival images) and video, Ethington is building a text that is as alive and sprawling as the city itself. At 500 pages — and with nearly as many media objects (photos, maps, videos) — in online form, it will trace a path across not just regions but epochs.

Ethington’s introduction to the city — and its story — was nothing less than galvanizing. He landed in Los Angeles in the ’90s, between conflagrations — not the fires and earthquakes; those would come later — rather “right after the Rodney King uprisings,” he recalled. “And of course people are asking, ‘Why did this happen?’”

This wasn’t, he knew, an incident that could have manifested so quickly, and with such force, without deep roots. The tensions — racial, ethnic, socioeconomic and political — were already written into the very understructure of Los Angeles — not just for decades, but for millennia. Those three days of civil unrest became the narrative’s seed. 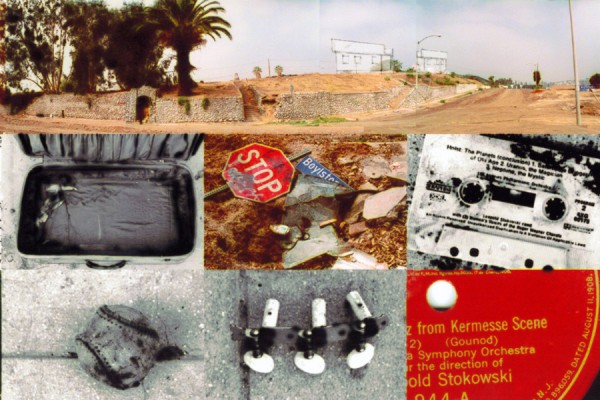 “Los Angeles was a big, complex immigrant metropolis and representative of the spirit and political dilemmas of our age — of the late Reagan era,” Ethington said. That moment, both in time and place, “was an important site in global history to account for. So I wanted to do that — address that ‘why?’ But I knew that the city is so vast … That it can’t be easily explained. So you have to attack it from many directions and disciplines.”

Ghost Metropolis pushes against facile assumptions that have become accepted “truths” about Los Angeles. Ethington’s examination, in pure breadth and heft of scholarship (“13,000 years of LA history”) demonstrates that the city’s history isn’t shallow, nor is it singularly focused. His reach is broad and purposeful: the free-speech movement; architecture; party politics; aerospace; race relations; and yes, Hollywood, but in this case, the movie capital’s role in controlling and dispensing a narrative about race and power that had international implications.

“It’s not just movies on a screen but actual practices of making movies that also reflect labor relations of the industry … on the ground here in Los Angeles. And guess what? That’s also segregated and unjust.”

“Ultimately I wanted to know who is in charge, who ruled this place and how they achieved their goals,” he said. “I explain all the ruling regimes of Los Angeles — they’re all linked. Each one establishes institutions that the next group finds on the ground when they come to conquer the places. It’s well known that Los Angeles has had many rulers — Native American, Spanish, Mexican, United States — so I have to tell this story from multiple beginnings, multiple factors, different levels of society.” These histories thread out from the same place, much as do the tensions. “Rodney King, to me, has the same relationship to the Watts Rebellion as World War II does to World War I: It’s just unfinished business.”

The challenge was not just mapping history and recreating intricate archival overlays, but also devising creative ways into a many-portal narrative. Ethington realized early that it was imperative to find some innovative way to house it.

“I experimented with several digital platforms and have gotten many grants to write those things, and we are finally at an end stage with big teams of people that I’ve helped direct,” he said. “Sometimes you have to create the space — the institutional and the professional space — to perform your scholarship.”

Trying to tell a great story

Out of that grew Scalar — the online platform that the digital book will live on. “It’s free and open-source and everyone can use it.”

Ultimately though, for all the innovation and ghost chasing, what’s most important to Ethington is crafting a compelling narrative about a region long misunderstood from within and without.

“I just want to tell a great story about a great city. Great in a massive sense, but also in a creative sense. Because it’s not all about the bad guys and the injustices and the oppressions. I also want to achieve accountability. That’s a real big goal.

“Every day here, people follow the paths of their ancestors and they don’t even know it. So now you can show this to people and maybe the next time they’ll have a better sense that they are in a historical metropolis. That there might be other people on the other side of the freeway sound wall.”

Why do so many writers not ‘get’ Los Angeles?

Three LA writers, including USC’s Josh Kun, examine why so much of what is written about the city fails to capture its scale, its complexity — and its ordinariness.

Students meet the many faces of Buddhism in Los Angeles

Undergrads immerse themselves in Buddhist traditions originating from Thailand, China and beyond.