Twelve years ago, Jillian Barba MSW ’09 lost her brother to suicide. It was unexpected, and the news sent her into a tailspin.

“He was a good student, the popular guy on campus … but he had a drug problem. He finally got into a treatment program, but after he left he ended up taking his own life,” she recalled. “My brother’s death taught me that even though you think you have so much under control, your life can really change in an instant.”

At the time, Barba was an undergraduate at California State University, Fresno, one semester away from graduating with a degree in sociology. She was trying to decide whether to pursue her graduate studies in film or social work. Given her family circumstances, she felt social work was the natural next step in her career trajectory.

After graduating from USC with a master’s degree in social work, Barba went the clinical route, working with clients in therapy-based settings. The following year she founded J. Sterling Consulting, a company that helps nonprofit organizations and schools achieve their educational goals through curriculum development and workshops. Still, Barba had a thirst to reach an even wider audience. 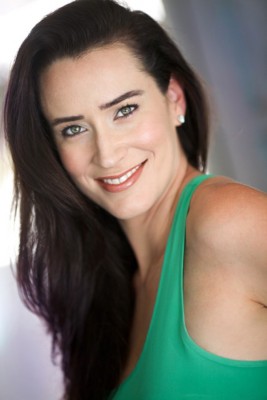 “I always thought that I’d either be in private practice or work for an organization, possibly in human resources. I was never thinking macro-based,” she said. “That shifted once I got out of school. I did clinical work for a while and really liked the one-on-one setting, but I felt I wanted to do something bigger.”

A happenstance meeting with film director Cheryl Furjanic led her to that something bigger.

“We were very casually chatting, and I expressed to her that I wanted to get involved in documentary film. She told me about Back on Board: Greg Louganis, a film that she was working on about the Olympic diver and showed me some footage. … It gave me such a warm and exciting feeling, and I knew it was going to be a fantastic project.”

Barba soon joined the team as an associate producer and focused her efforts on raising funds for the project. The award-winning film, which was released in 2014, is now set to premiere on HBO on Aug. 4.

“So many people think of social workers only as individuals who provide therapy … but there is a place for social workers in non-traditional settings. I decided that documentary film would be that place for me,” she said. “A lot of my friends say that I’ve left social work, but I haven’t. I’m covering issues that are related to social work but using a different form. The role of social workers is to educate, to provide hope, to create social change — and that’s what I’m doing.”

As associate producer for Back on Board, Barba used her people skills to reach out to her broad network. She pitched the project to anyone who would listen — family, friends, friends of friends and acquaintances on Facebook — and asked them to contribute.

Passion gets people involved. It’s as simple as that.

“Passion gets people involved. It’s as simple as that,” she said. “The film is a call to action and made people want to participate.”

Told by Furjanic and co-writer and producer Will Sweeney, the film documents Louganis’ life, from his early struggles as an adoptee to his Olympic triumphs to living with HIV and, more recently, to his attempts to find financial security. Barba said anyone who watches the film will be able to relate on some level.

“It’s a really great story about a really inspiring athlete who has gone through so many hard strokes in life and is still standing strong,” she said. “If Greg’s story helps just one person want to lead a healthy and positive life, it’s all been worth it.”

Secret to her success

Barba is currently working on two other documentaries. Directed by Janek Ambros, Imminent Threat takes a critical look at the War on Terror and the ways it is threatening civil liberties and political discourse. Barba’s involvement came about after another chance encounter with an industry insider.

I’ve met so many people by just being friendly in life.

“It’s all about networking and staying connected. I never drop the ball. It’s a discipline. If I get your card and tell you that I’ll be in touch, then I’ll be in touch,” she said. “I also think a lot of it has to do with attitude. I’ve met so many people by just being friendly in life. It goes a long way.”

Executive produced by Barba, Academy Award-nominee James Cromwell and Anthony LoPresti, the film was recently sold domestically and internationally. It will be released on video-on-demand on Sept. 4.

The second film is still in the development stages and Barba is keeping the details under wraps. What she can disclose is that it’s being executive produced by Suzanne Bryant, who made Yoga Is: A Transformational Journey, which is popular in yoga, spiritual and wellness circles.

“One of the greatest things I learned in social work is that people need help and need to be inspired. Film is a brilliant way to shed light on issues and build awareness in our world,” she said.

When asked about her future, Barba keeps her options open. While she sees herself staying in the documentary film world, she said she’s driven by passion projects and will go wherever she can educate and inspire others.

“The most important thing to me is that in five, 10 or 20 years, I want to be involved in something that means something to me, something that’s powerful and has a positive impact on me, my family and even globally,” Barba said. “It’s corny, but I really want to put goodness out into the world.”

The artist zigs when others zag, confounding critics and galleries alike with his abrupt shifts in direction.

The CNN program, which coincides with the 70th anniversary of the Auschwitz liberation, features four Holocaust survivors.

Mina Chow’s Face of a Nation follows a quest for national identity and a vision for the country’s future.

Social work students partner with police to take down crime