Laura Mosqueda MD ’87, a leader in the study and prevention of elder abuse, has seen things you wouldn’t want your grandmother to know about.

On house calls with Adult Protective Services workers, she’s seen frail, demented seniors in appalling circumstances — victims of neglect, starvation, beatings, occasionally even rape. Instead of averting her eyes, the USC-trained geriatrician has directed her unflinching attention to these horrors and forced the medical community to look, too.

A year ago, Mosqueda joined USC as chair of the Department of Family Medicine and associate dean of primary care at the Keck School of Medicine of USC. It was a homecoming in many ways for the Keck School graduate and lifelong member of the Trojan Family.

“I’ve been going to Trojan football games since I was 8,” said Mosqueda, a Los Angeles native whose parents studied medicine at USC. Her mother, who passed away in 2013, was radiologist Gloria Frankl MD ’55, a noted pioneer in mammography. Mosqueda’s father is Harold Frankl MD ’55, former chief of gastroenterology at Kaiser Sunset and longtime volunteer faculty at Los Angeles County+USC County Medical Center.

Mosqueda came to USC after 16 years at the University of California, Irvine, where she co-founded the nation’s first Elder Abuse Forensics Center — a hub for legal, medical, law enforcement and social services strategies to improve the investigation and prosecution of elder abuse cases. That center served as the model for the USC-based Los Angeles County Elder Abuse Forensic Center, where Mosqueda continues to work with fellow Keck School geriatrician and center director Diana Homeier.

Boosting USC’s leadership in the field is the National Center on Elder Abuse, which Mosqueda directs. Supported by a three-year, $2.2 million federal Administration on Aging grant, the center is the nation’s only clearinghouse on elder abuse.

Across USC, Mosqueda has been building interdisciplinary bridges around the study of elder abuse, reaching out to faculty in social work, law, education, business and the USC Davis School of Gerontology, where she holds a joint appointment.

How did you get into this field?

When I was doing my fellowship in geriatrics, I saw a patient who had a huge welt on her arm. She told me her daughter had hit her with a telephone, so I reported it to Adult Protective Services as a suspected case of elder abuse. When the patient came back to see me a few weeks later, nothing had changed. So I marched into APS. I was really mad. And that’s when I learned that I was a part of the problem. APS workers are often in difficult and dangerous situations with little assistance from the medical community. They are true heroes, yet few people know they even exist. Inadequately staffed and so underfunded, they have very limited time to spend with the people they are trying to help. This experience spurred me into action, going on house calls with APS workers and police, and learning all I could.

Why is this an issue for the medical community?

One of the most common problems in evaluating and prosecuting elder abuse cases is the medical piece. The vast majority of APS workers have little or no medical training. They are not lifting up shirts and looking for wounds. They’re social workers. When I went out on house calls with them, I would see somebody all bruised up, and I’d say, “That person was beaten.” What I would hear time and time again, even from police, is: “They’re old. They bruise easily.” Well, that’s true. But you shouldn’t see bruising on the face, the head, the neck, the soles of the feet, the torso. You shouldn’t see multiple bruises and large bruises without a reasonable and believable explanation. 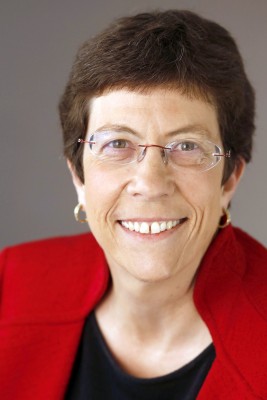 We did the first studies on bruising in older adults. Now we’re able to tell emergency department personnel, paramedics and primary care physicians what to look for. On the other hand, we’re really careful not to over-accuse. Older people do bruise easily.

Why would someone harm the elderly?

The vast majority of abuse is not done by bad people. It happens when poorly informed folks who may lack caregiving skills either physically or emotionally can’t handle the situation they’re in. Take, for example, a sandwich-generation woman whose father-in-law with Alzheimer’s disease moves into the house. She’s already raising her teenage kids and running the household. Now she’s got somebody following her around, saying: ‘What time is it? What time is it?’ Finally she just loses it: She hits or starts screaming, doing things that are absolutely abusive and should never happen. But that woman doesn’t need to be locked up — she needs help. Of course, there are some people with serious pathology who are abusive, and they do need a date with the criminal justice system.

What kind of safety net is there for the elderly?

In California we have assisted living. It’s the wild, wild West: There are very few standards. When people have good circumstances — enough money, caring family — even then it’s really difficult. Start chipping away at any one of those things, and it can become a real disaster.

Why hasn’t this been fixed?

We live in a society that’s fairly ageist. We fear and resent growing old. We mock the elderly. It’s so painful, but I hear it all the time: “Well, they’re old and demented so it’s not such a big deal if they’re abused because they’ll forget.” I hear it from elected officials, from the public. It’s incredible.

Yet America itself is getting older.

That’s why something has to happen now. People over 85 are the fastest growing segment of our population. These are the people most likely to have chronic conditions. Half of them have a dementing illness and half of those people will be abused or neglected. We don’t have a workforce that is prepared in terms of numbers or education to care for these “old-old,” as we sometimes call them. We’re not prepared and we know it’s coming. We don’t have sufficient policies or protections and don’t enforce the ones we do have well enough. We’re already seeing it with the flourishing of grandma scams. It’s only going to get worse.

Is there a link between financial abuse and physical decline in the elderly?

Emotional and financial abuse has a very direct impact on health. You see this clear decline in people’s physical health after they get scammed. They start to withdraw, they’re less likely to go to doctor’s appointments. They get deconditioned. Because older adults have less physiologic reserve than younger people, the tipping point is much finer. They just don’t have same capacity to bounce back.

In an ideal society, how would we address these issues?

It starts with a health care system that provides person-centered holistic care. It involves understanding brain aging and the needs of caregivers. Those most vulnerable to abuse and neglect tend to have chronic illnesses.

While we’re providing medical care and linking people to community-based services, we also need adequately funded systems to intervene and help in cases of abuse and neglect. We need a compassionate, empathetic approach. That’s the kind of thing that will prevent abuse.

What is the potential of technology mediating these needs?

Huge! It’s already very helpful in monitoring for falls and medication management. It also can help caregivers interact with the medical community.

What about surveillance technology? Cameras on caregivers might eliminate some of the abuse.

I think it would be a very, very good thing. When people have put in so-called granny-cams, we have seen some awful things. But you have to be careful of the rights of the caregiver and elder privacy rights. We have to start weighing out these ethical issues.

How do you stay focused?

You eat the elephant one bite at a time. While we’re keeping all these big issues in mind, we’re pushing on policy and asking the federal government to fund more research. We need to keep the focus on prevention and early detection and recognize that this is a public health issue. There are people suffering right now whom we can help. That’s why it’s so important for me to still go on house calls with police, to practice medicine and understand what we can be doing today.

A three-year grant will fund the center’s efforts to advocate for policy changes on behalf of older adults.

Financial gerontology in spotlight at White House Conference on Aging

The reinvention of retirement may find its place at the intersection of gerontology and financial services, writes USC’s Paul H. Irving.