Members of the USC Dornsife Center for Economic and Social Research are in a long-distance relationship with Singapore.

This summer on the island nation, the center and several other organizations held “Frontiers of Behavioral Economics: Choice and Well-being in the Asia Pacific,” a conference to discuss methods of prompting change, with or without legislation or enforcement, in human behavior for the public good. 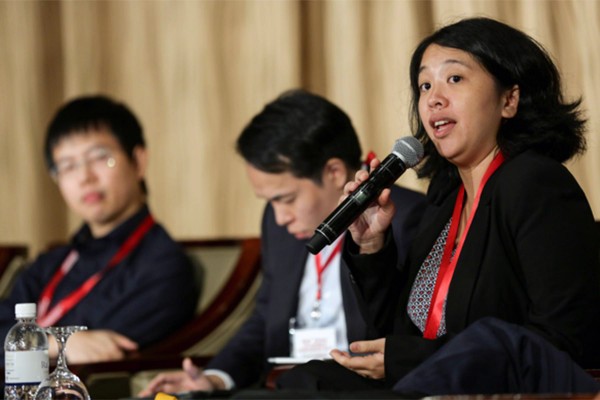 USC Dornsife Center on Economic and Social Research Senior Economist Joanne Yoong speaks during one of the behavioral economics workshops at the Singapore conference, which she helped organize. (Photo courtesy of Dancing Bear Productions)

Why was Singapore the host country?

Joanne Yoong, a senior economist for CESR East, also works for the National University of Singapore. She is one link in a large and growing chain that reinforces USC’s relationship with the Asian Pacific island.

Last year, USC President C. L. Max Nikias led a delegation of deans and trustees to Jakarta and Singapore, where he and the local university leaders discussed opportunities for collaboration.

With more than 5 million people, this tiny, dense city-nation in the Asian Pacific has relied on behavioral economics to resolve some of its social and governmental problems. This area of research uses psychological insights to explain economic or financial decisions, such as saving for retirement.

Singapore is known for testing what it has learned through such studies, even at the risk of failure, to improve health, services, policies or practices. This made it an ideal destination for hosting discussions of the latest advancements and research in behavioral economics, said CESR Director and Professor Arie Kapteyn, who presented at the meeting.

“Singapore actually varies the price of tolls by when you’re driving on the road, by time of day,” Kapteyn said. “Any economist will tell you that’s how you’d want to do it.” 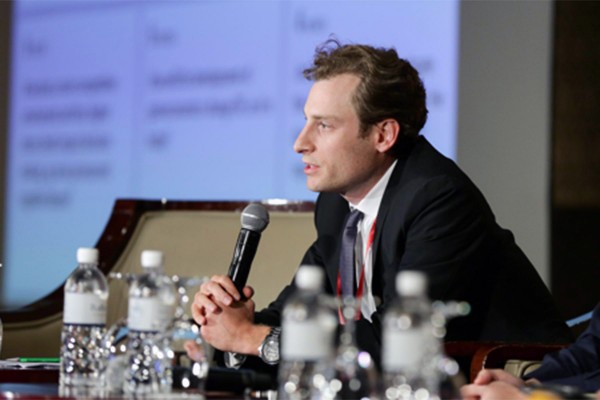 An estimated 175 people registered for the conference, and dozens of others attended the workshops. Attendees included civil servants from the Singaporean government, as well as experts and other representatives from countries such as Australia, China, Thailand, Indonesia and Myanmar. The event was jointly organized by the Civil Services College, Singapore, the National University of Singapore, Yoong and Lila Rabinovich, the U.S.-based director of policy and development for CESR East, said Tania Gutsche, the managing director of CESR.

Kapteyn and Associate Professor Daniel Benjamin were among the CESR faculty and staff who presented at the conference. Kapteyn shared results of a study in Mexico that tested paying government pension checks in various amounts and frequencies to retirees. Through this study, Kapteyn said, researchers found that it is best to allocate government pensions like social security in small but frequent amounts. Otherwise, he said, retirees may go on spending sprees and won’t stretch their dollars.

Although Singapore’s pension system is fairly advanced, neighboring countries’ systems are not, so such research is newsworthy to them.

“The story about older people and the frequency with which you give them money is not as relevant to Singapore as it is to, say, Malaysia, Vietnam, Cambodia,” Kapteyn said. “They’re way behind.”

For his presentation, Benjamin discussed the latest discoveries in social-science genetics, which has revealed that certain genes are associated with educational attainment.

There’s no gene for going to college, but there are genes that may affect specific things like cognitive skills, curiosity and creativity.

“There’s no gene for going to college, but there are genes that may affect specific things like cognitive skills, curiosity and creativity — things that end up mattering for people’s education,” Benjamin said.

Benjamin said governments and leaders have to plan ahead for the various ethical and political issues that arise with these genetic discoveries.

“Maybe you want the people predicted to be disadvantaged to have better access to extra help in the classroom when they’re young,” Benjamin said. “Start thinking about these issues now so you can be ahead of the curve. They’re becoming more relevant faster than most of us realized.”

Kapetyn said the conference was not meant to influence policymaking, but to showcase new developments and research.

Gutsche said CESR hopes to hold another conference in Singapore in two years.

In addition to the USC CESR East office in Singapore and the USC Alumni Club of Singapore, USC has increased research collaboration and educational opportunities in the country:

USC Dornsife Dean Steve A. Kay has announced the appointment of Arie Kapteyn as professor of economics and founding director of the newly established USC Dornsife Center for Economic and Social Research.

Reaction has been ‘overwhelmingly positive’ for a delegation that discusses the program during a two-day campus visit.

USC President Nikias leads a delegation of deans and trustees to Singapore and Jakarta, where the group will seek to strengthen affiliations with top universities.