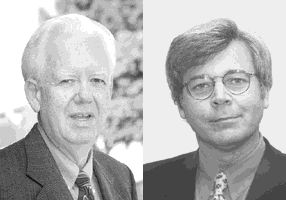 “Dick Lindheim has an impressive portfolio of technical and leadership skills that will bond this exciting program to the entertainment industry,” Sullivan said.

The institute recently received a $45 million contract from the U.S. Army to develop advanced modeling and simulation technologies for military and educational purposes. Researchers from USC’s School of Cinema-Television, School of Engineering and Annenberg School for Communication will collaborate with creative talents from the entertainment industry to combine concepts of story and character with immersive virtual reality technologies.

Since 1992, Lindheim has been executive vice president of the Paramount Television Group, where he established Paramount Digital Entertainment, the studio’s Internet technology group. He created the simulation architecture for the Paramount StoryDrive Engine, a technology for automating the development of realistic interactive characters and story situations at a level of complexity currently available only in movies or videos. Lindheim also developed other technology applications, expanded Paramount Television brands globally through co-production ventures, and developed strategic and operational plans for the television group.

His professional experience includes work for Universal Studios, NBC and CBS in programming, creative affairs, research, strategy and production. He received a B.S. degree in electronic engineering from the University of Redlands and was a graduate student in telecommunications and engineering at USC.

“I’m excited about this opportunity to meld the expertise of Hollywood with the worlds of simulation and virtual reality,” Lindheim said. “The same advanced technologies that we will develop to train Army personnel and prepare them for crisis situations also promise to help a researcher who is going to the Antarctic or a student learning about a new culture. There are wonderful opportunities for entertainment, as well.”

THE ICT WAS UNVEILED to widespread media attention Aug. 18 at USC. Army Secretary Louis Caldera traveled to Los Angeles to make the announcement, proclaiming that the Army has found in its partnership with USC a high-tech way to enhance the realism and quality of training simulations and leader development exercise.