Can science make us immortal? At a recent Los Angeles screening of the new science fiction thriller Self/Less, USC Stem Cell researcher Michael Bonaguidi and University of Arizona researcher Wolfgang Fink tackled this and other provocative questions during a panel discussion.

Opening in theaters on July 10, the film follows a wealthy cancer patient (Ben Kingsley) who signs up for an experimental medical procedure that transfers his consciousness into the body of a healthy young donor (Ryan Reynolds). The procedure, known as “shedding,” has some serious side effects.

Here are some highlights from the discussion:

Tell us about what you do at your schools and what you study.

Fink: I’m a physicist by training, and I work in two main areas. One is autonomous systems — basically, making spacecraft robots intelligent so they can conduct their own operations. And the other side is biomedical engineering — in particular, vision implants for the blind.

Bonaguidi: And what I investigate is how the brain adapts and repairs itself with implications for rejuvenation.

Considering your areas of expertise, what might be the biggest challenge to achieving immortality and can it be overcome in the near future?

Bonaguidi: For me, immortality is something that is a little science fiction, currently. I would never say never in the future because there will be people who can imagine things today and tomorrow and beyond that we could only dream about yesterday. And that’s evidenced by a lot of the technology that is commonplace to us, such as portable devices and so forth.

Fink: If at all, I would see immortality coming from the biological sector, if you manage somehow to prevent cell death from happening or if you extend the life span of cells beyond their natural life span. 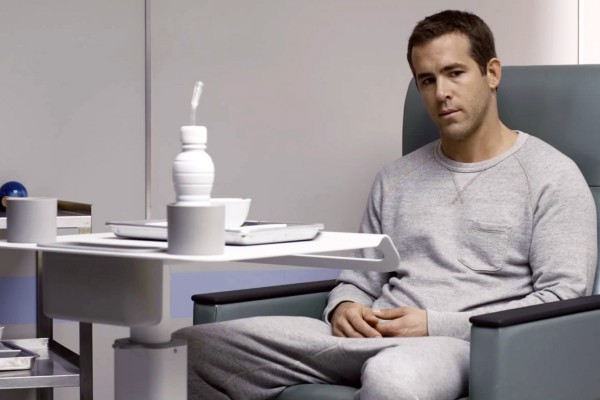 In the movie, the character played by Ben Kingsley was able to “shed” — the term used in the film — because he had the money to pay for it. Will immortality be something only available to the haves or can the have nots be immortal, too?

Fink: Not only that. It also took years and years to do it. Now I think you can do it in days or less than that.

What would be the scientific breakthroughs necessary to move down the path toward immortality?

Bonaguidi: So I love that question, and the reason I love that question is because that’s really how science works. It’s a lot of small progress, small progress, small progress, and then, all of a sudden, there’s this big leap forward that happens. So, for example, one of the questions that I’m interested in is if you have new cells that are born into a circuit, how does the circuit actually adapt to these new cells? And that’s one of the steppingstones toward trying to understand — if you were to then to try to take an entire brain or an entire mind and graft that onto something else — how would that take? So we’re trying to take some of these small steps to eventually get to slowing aging.

Fink: And I would like to take the abiotic standpoint: not necessarily mapping the mind of somebody onto a system to make them immortal, but basically creating autonomous systems from scratch — so basically a system that can persist by itself and generate its own thoughts and its own memories and its own actions without human interaction.

Bonaguidi: For me, I think there’s something that helps the fire burn when we know that there’s a limited clock. And just from my own experience, my parents died when they were young. So when I’m thinking about age, I’m thinking more along some of the questions that maybe 50-, 60- and 70-year-old people are typically asking, but I was asking in my 20s and in my 30s, because I understood the level of finiteness that happens. And so I actually think that that has been at least part of my own motivation to make an impact, to do the science and to realize that you can’t just keep kicking the can down the road. And I do wonder, not just ethically but socially, if people are living for hundreds and hundred and hundreds of years, at what point do we finally grow up?

Fink: I have actually nothing to add. It was a beautiful answer.

USC to introduce a ‘mad scientist type of course’ for undergrads.