Visions and Voices, the USC arts and humanities initiative, will unveil its 10th year of innovative programming with a 2015-16 schedule full of MacArthur geniuses, visionary composers and designers, documentaries and groundbreaking performance art, opera and classical music.

In recognition that the inaugural class of the USC Glorya Kaufman School of Dance enrolls this fall, the new schedule is particularly strong in dance offerings. Los Angeles street dance troupe The Groovaloos, Alonzo King LINES Ballet from San Francisco and the Hubbard Street 2 dance company from Chicago will perform this season on the Bovard Auditorium stage.

In the spring, USC Kaufman dance students will have two extraordinary performance opportunities with other visiting dance artists. In March, students will collaborate with famed choreographer Bill T. Jones on an adaptation of his work Story/Time. And in late April, Visions and Voices’ season will end with a performance by the Martha Graham Dance Company that will include USC Kaufman dance students performing a Graham work.

Every event will include an interactive component.

“We are thrilled to be celebrating the 10th year of Visions and Voices,” said Daria Yudacufski, executive director of the initiative. “The new season features a stunning array of events conceived by faculty and schools from throughout the university, revealing USC’s commitment to interdisciplinarity and the arts. Every event will include an interactive component, providing opportunities for students and the community to engage with artists, reflect on their experiences at the events and share their own voices.” 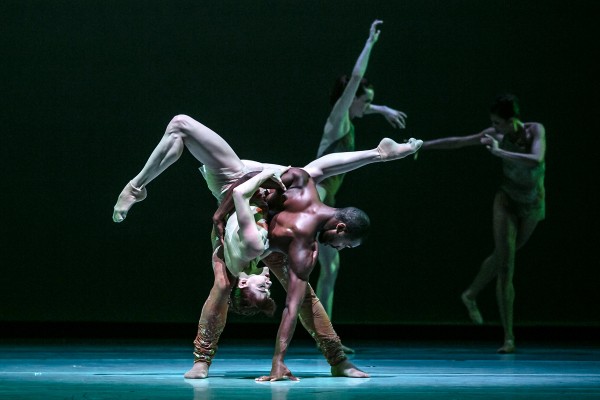 Visions and Voices is a university-wide initiative that was established by USC President C. L. Max Nikias during his tenure as provost. Nearly every event is free, and all programs except the kickoff event in August has seats set aside for the general public.

This year’s featured programs, which are called Visions and Voices Signature Events, include the Martha Graham Dance Company, Alonzo King LINES Ballet and four other programs:

“An Evening With Junot Díaz”: The Pulitzer Prize and MacArthur genius grant-winning author will discuss the border-transcending potential of literature and the importance of voices on the margins. (Sept. 2)

“The Gloaming”: Irish folk meets New York art music in this acclaimed group consisting of a singer, two fiddlers, a guitarist and a pianist. Presented in collaboration with UCLA’s Center for the Art of Performance. (Oct. 2)

“An Evening With Robert Schenkkan” The Pulitzer and Tony Award-winning playwright will talk about creating dramas that represent real, complicated histories of America. (Oct. 28)

“Binge-worthy Journalism: Backstage With the Creators of Serial”: Radio journalists and producers Sarah Koenig and Julie Snyder explain how their investigation of a murder case became the most popular podcast in the world. (March 4)

Each Visions and Voices event is developed by interdisciplinary teams of USC faculty members and students who suggest the speakers, performers, venues and approaches that allow an in-depth look into subjects of interest.

Over its first nine years, Visions and Voices has engaged more than 240,000 audience members with more than 1,000 compelling programs, beginning with the first event in 2006, a performance and discussion with Quincy Jones and several jazz greats on “Jazz, Public Diplomacy and Dizzy Gillespie.”

The 2015-16 schedule has multi-event programs on subjects as varied as death row and capital punishment (with Sister Helen Prejean), a centennial tribute to Frank Sinatra’s musical and film legacy, the history of the cello and three events delving into the humanities and medicine.

Some performances, such as one by countertenor, pianist and songwriter M. Lamar about unjust black deaths, have been developed specifically for Visions and Voices.

There are dozens of one-off programs, including five Korean hip-hop artists performing and talking about the meaning of hip hop in Korean society; a concert by composer Ken Butler, who turns items such as umbrellas and power tools into musical instruments; crime novelist Walter Mosley and others talking about detective fiction; and “I Know You Are But What Am I?”: The Artists Behind Pee-Wee’s Playhouse.

A look at 10 years of Visions and Voices programs:

USC senior dance students show off their choreography on Instagram

When COVID-19 caused the cancellation of USC Kaufman’s spring performance, the school’s seniors turned to social media for one last dance.

As part of their New Movement Residency, Testa recently took over USC Kaufman studios to rehearse dance numbers that he plans to submit for the 2022 Beijing Olympics.