A USC Gould School of Law professor, an alumnus and five students played significant roles in the Supreme Court ruling that children’s statements to their teachers are admissible as testimony in court. 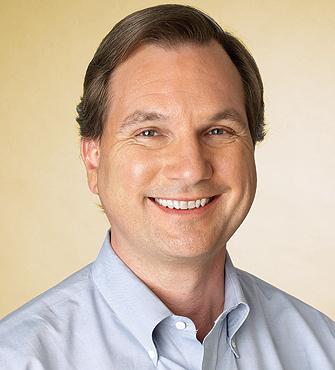 The June 18 ruling has a huge impact for those who work in child protection, according to Professor Tom Lyon, a legal and child psychology scholar whose research and writings on child witnesses and child maltreatment influenced the majority decision and one of the concurring opinions.

“Because of this decision, now when a teacher – or a social worker, or a doctor – suspect abuse, the child’s statements to them become admissible, even if the child doesn’t testify in court, due to the need to protect the child from imminent harm,” Lyon said.

The court unanimously reversed the Supreme Court of Ohio in Ohio v. Clark, with Justice Samuel Alito writing an opinion that cited historical research by Lyon as well as an amicus brief co-written by Jeremy Lawrence ’09, who constructed his arguments with Lyon’s guidance.

“Professor Lyon’s contributions can’t be overstated,” said Lawrence, a litigation associate in the Los Angeles office of Munger, Tolles & Olson. “Professor Lyon knows anything and everything about these issues, both from the legal perspective and on what the psychological research shows — plus, he has a lot of practical experience dealing with child witnesses. He knows how children perceive and recall events, and whether they are capable of providing testimony that reflects past events, particularly traumatic events.”

The case centered on Darius Clark, who was convicted of child abuse, and statements made by the 3-year-old son of Clark’s girlfriend to his preschool teacher, identifying Clark as his abuser.

Clark appealed, arguing that those statements should never have been introduced as evidence of his guilt at trial because he was entitled to confront any witnesses testifying against him under the Sixth Amendment.

Lyon recalled that shortly after the Ohio Supreme Court decided the case, the American Professional Society on the Abuse of Children asked him if he would collaborate on an amicus brief to request that the Supreme Court review the case.

Around the same time, Lawrence said that Lyon, one of Lawrence’s favorite professors during his time at Gould, asked him during a pre-law recruitment event at the school if his firm ever wrote amicus briefs for the Supreme Court. “Of course we do,” Lawrence replied.

“Our goal was to get the Supreme Court to agree to take the case, which required that we write a brief last summer that pointed out to the court that this was an important issue that had divided the lower courts, so it was worth the court’s time to weigh in,” Lawrence said.

Lyon acknowledged that this was a long-shot, as the court only accepts 100-150 of the more than 7,000 cases that it is asked to review each year. So when the court accepted Ohio v. Clark for review, Lyon and Lawrence were ecstatic. “It was a miracle,” Lyon said.

All in all, four of Lawrence’s colleagues at Munger, Tolles & Olson (working pro bono), Lyon and five USC Gould students – Jessica Culpepper ’14, Sam Brown ’15, Trey Chiriboga ’15, Barrett Hammond ’15 and Scott Mills ’16 – contributed to the review brief and to the subsequent merits brief, which they only had a few months to complete.

The entire process was very enlightening.

“The entire process was very enlightening,” said Sam Brown, a student of Lyon’s who estimates he spent over 200 hours working on both briefs. “I honed my research skills and learned how to construct arguments for the unique setting that is a Supreme Court review.”

In the merit brief, “it was a matter of explaining why the lower court decision in Ohio was wrong,” Lawrence said. “Our role was to provide broader context, the case’s real-world effect. So we focused on social science findings, which Professor Lyon could readily provide, that the court ended up finding helpful, as those were what the court cited in its opinion.”

The court’s opinion cited the amicus brief for the argument that young children have little understanding of criminal prosecution, and are therefore unlikely to recognize that their complaints of abuse might substitute for testimony. The brief in turn reviewed psychological research on the subject, including research in which Lyon collaborated.

But it wasn’t just that the court referenced Lyon’s work in the psychology of children’s understanding of their statements. The court also cited Lyon’s historical research, an academic article co-written for the Indiana Law Journal with then-USC Gould student Ray LaMagna ’06, “The history of children’s hearsay: From Old Bailey to post-Davis.”

During the course of their research into child rape cases tried in the Old Bailey Courthouse in London from the 1680s to the late 1700s, Lyon said that he and LaMagna found common law precedent that held “consistently, even if children failed to testify, their statements were admissible. It didn’t matter to whom they made their statements.”

The fact that these arguments — both historical and psychological — were supported by the court is incredibly gratifying.

“The fact that these arguments — both historical and psychological — were supported by the court is incredibly gratifying,” Lyon said.

For Brown, it was a feeling of being “part of something truly special…. When the decision came down it was apparent that our brief had played a large role in a decision that will likely be cited for years to come.”