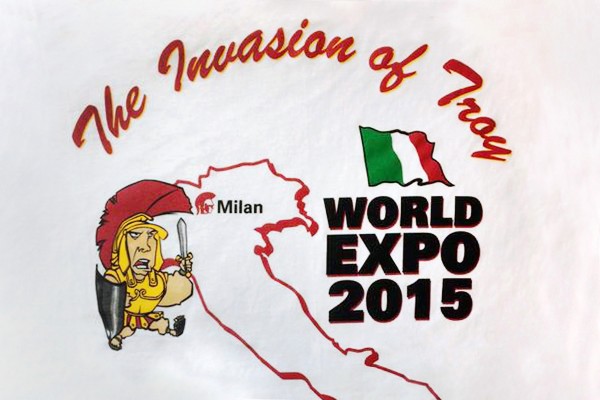 The USC Trojan Marching will perform at USA National Day at Expo 2015 in Milan, Italy, on July 4 as the highlight of a six-day visit to the city.

The group will open the ceremony celebrating the USA Pavilion’s “National Day” at the expo and lead a parade through the fairgrounds. The band will also perform for a private event at the Consulate General of the United States and the launch of the new Fiat 500 on the afternoon of July 4.

This will mark the sixth time the Trojan Marching Band has represented the United States at a world exposition in the past 27 years. The group played for USA National Day festivities at expos in Seville, Spain (1992), Aichi Prefecture, Japan (2005) and Shanghai, China (2010). At Expo ’98 in Lisbon, Portugal, the band performed for the grand opening of the USA Pavilion. The band also visited the 1988 world’s fair in Brisbane, Australia.

Performance times and more information about the tour will be posted on the Trojan Marching Band’s social media. Follow the band at twitter.com/usctmb for updates.

“It’s always a great honor to represent the United States of America,” said director Arthur Bartner, who is celebrating his 45th year leading the organization. “This will be our sixth world expo and each one has been a memorable experience for our students. We are also looking forward to playing for the U.S. Consulate for their annual Fourth of July festivities.”

The Trojan Marching Band’s summer tours have taken the band to 17 countries on six continents. This will be the band’s third trip to Italy, with previous visits in 1990 and 2006. On the most recent tour, the band performed in Florence’s Piazza della Signoria and at the Colosseum in Rome. 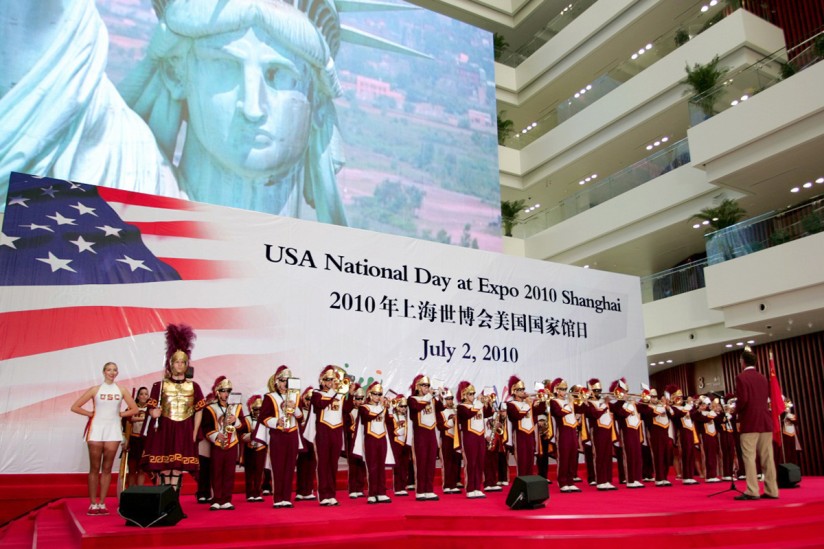 Lindsey Buckingham makes for a memorable last class in entrepreneurship

Fleetwood Mac guitarist talks with (and sings for) students at Bovard, and the Trojan Marching Band stops by. ‘Tusk,’ anyone?

The band will perform for the 25th consecutive year on the streets of Avalon.