Angela Flournoy ’07 can recall a childhood visit to Detroit with her father. He drove Flournoy and her sister around the East Detroit neighborhood where he grew up, pointing out the locations of formative events in his life. But each of those lots were razed and abandoned during the intervening years and are now the remnants of a once vibrant locale.

Though she grew up in Southern California, Flournoy has had an ongoing relationship with Detroit, where she still has extended family. Her experiences with the city have shaped her interests, particularly as a writer.

“I am very interested in changing neighborhoods and how urban landscapes evolve,” she said. “I think that as a country, we are in an era of rapid change that we haven’t seen since the ’50s and ’60s and the rise of the suburbs. And Detroit is a place of extremes in many ways. While many cities have seen their inner-city income base or population dwindle, Detroit saw theirs completely decimated.”

Fittingly, the Motor City became the backdrop for Flournoy’s first novel, The Turner House (Houghton Mifflin Harcourt, 2015). She started writing and researching the book in 2010 while working on her MFA at the Iowa Writers’ Workshop.

“The story was sort of always tied to Detroit, though it wasn’t really a conscious decision. When I first got to Iowa, I drove up to Detroit and visited the house my father grew up in. It was a place that left me with a lot of questions — how does this happen to a community?”

The novel centers on a house on the east side of Detroit, home to the sprawling Turner family over the course of 50 years. The city’s history is interwoven among the lives of 13 children and their parents. The economic downturn of 2008 becomes a watershed moment for the Turners when the family must reconvene to help determine its fate and future. 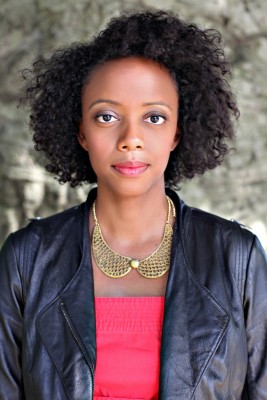 “I’m not a person who can write a novel based on ideas; I need to have people and a place,” Flournoy explained. “It’s kind of cliché to say a character came to you, but I did have this image of a woman — my character Lelah — in a vacant house on the east side of Detroit. I wanted to know why she was there and who knew she was there. So that was sort of the beginning of the whole thing.”

“I have always known I’m a writer. I’ve always wanted that,” said Flournoy, who earned her bachelor’s in English with an emphasis in creative writing at the USC Dornsife College of Letters, Arts and Sciences along with a degree in communication from the USC Annenberg School for Communication and Journalism.

Coming into USC as a Presidential Scholar, Flournoy took “Introduction to Fiction Writing” as a freshman with Professor Aimee Bender.

“I wrote poems in high school; they weren’t good,” Flournoy said. “But in Bender’s class, I realized that writing prose, I felt much more in command and it was much more suited to me. That really opened up for me while I was at USC.”

Flournoy relished her writing classes with Bender, Professor Marianne Wiggins and Writer-in-Residence and Distinguished Professor of English T.C. Boyle. It was Boyle who encouraged her to pursue an advanced degree in creative writing at Iowa, his alma mater. He also wrote a blurb for her novel.

“I never took an English class with more than 15 people and having access to professors was really easy,” she said. “They were very generous with their time.”

“Dana Johnson didn’t start teaching classes until just after I’d graduated, but we corresponded and she read my manuscripts and gave me feedback. She certainly didn’t have to do any of that because I was an alum at that point. But she did and it was amazing.

“When I look back at my time at USC, it was the perfect balance of academic rigor and enriching opportunities to grow as a social human. It’s important to know how to relate to people on a human level, and it’s a skill you can really hone at USC through your professors and other opportunities outside of the classroom.”

“It’s really a racial ‘rich get richer’ story,” Daria Roithmayr said. “It’s all about the power of networks.”